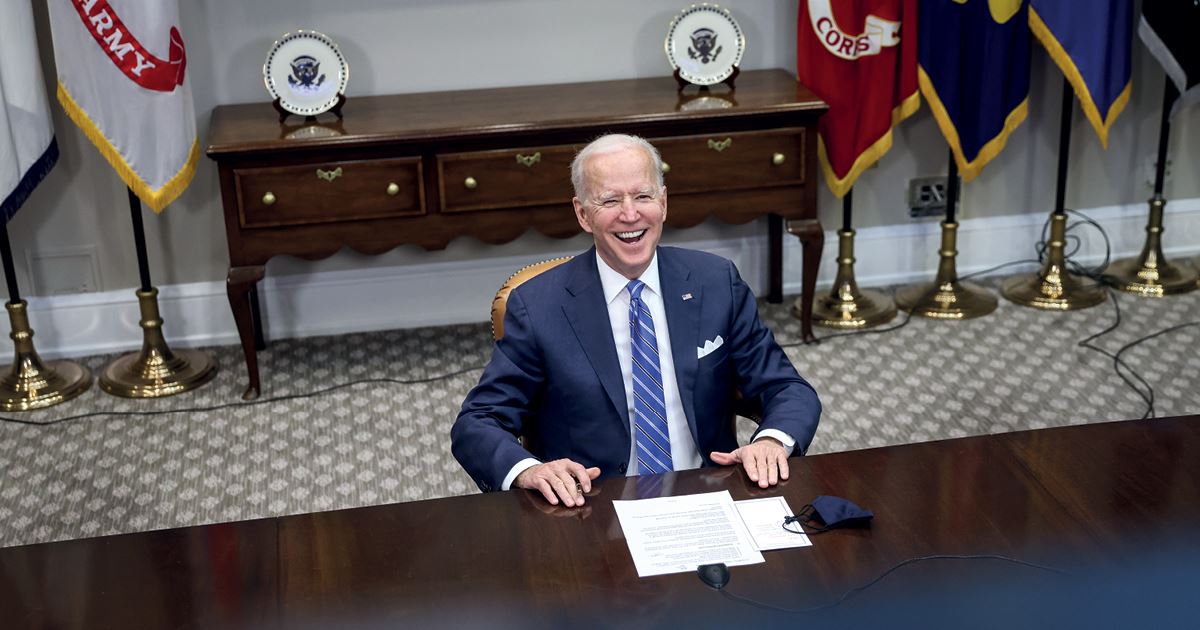 The United States appears to be renewing its faith in science, technology, and innovation (STI). While Donald Trump’s four-year term was marked by controversial appointments to science positions, a reduced role for researchers in policymaking, and the discontinuation of strategic research projects, President Joe Biden’s administration plans to reinstate the country’s tradition of public investment in research and development (R&D), with funding for innovative companies and specific technologies.

One of Biden’s first steps in this regard was the appointment of geneticist Eric Lander as chief science adviser and director of the Office of Science and Technology Policy (OSTP), a committee that advises the president on STI matters. Lander is an influential figure in the American scientific community. A professor at the Massachusetts Institute of Technology (MIT), he played a major role in the human genome sequencing project completed in 2003. He cochaired the President’s Council of Advisors on Science and Technology (PCAST) between 2009 and 2017.

The appointment was announced on January 15, days before Biden officially took office, showing a symbolic difference to his predecessor—Trump took 19 months to announce his chief science adviser and OSTP director. Biden recently elevated the post to cabinet level, giving Lander similar powers to Brazil’s minister of science and technology. “This means he should have more influence over Biden’s decisions on STI issues, which is good news,” Matthew Hourihan, head of the R&D Budget and Policy Program at the American Association for the Advancement of Science (AAAS), told Pesquisa FAPESP.

Biden presented the country’s 2022 budget in April. The document signals a significant increase in public investment in almost all federal agencies related to research, especially those linked to the fight against COVID-19 and climate change. The budget for the Centers for Disease Control and Prevention (CDC) is set to be increased by 22.5% in 2022, to US$8.7 billion. The National Institutes of Health (NIH) will receive US$51 billion, 21.4% more than this year. The National Science Foundation (NSF), the country’s main funding agency for basic science, will receive US$10.2 billion, a 20% increase. In an attempt to mitigate climate change, Biden proposed a 10.2% boost to funding for the Department of Energy, which in 2022 will receive US$46.1 billion, as well as US$6.9 billion for the National Atmospheric and Oceanic Administration (NOAA), an increase of 25.5%. The budget is still be discussed in congress, which has the final say in how much each agency will receive.

The so-called Endless Frontier Act, one of the most ambitious STI investment programs of recent decades, has also been submitted to congress in the USA. The bipartisan initiative proposes creating a department of technology and innovation at the NSF, with investments of more than US$100 billion in various fields over the next five years, including artificial intelligence, genomics, quantum computing, advanced communication technologies, and data management. The initiative also aims to contribute to education and training by funding advanced technology programs at community colleges and granting undergraduate, graduate, and postdoctoral scholarships. The objective is to expand and diversify the country’s science, technology, engineering, and mathematics (STEM) workforce.

There are also plans to allocate US$10 billion to the Department of Commerce to invest in technology and innovation centers across the country with the aim of fostering regional technology strategies and thus attracting public and private investment. “This legislation will allow the United States to create more high-paying jobs,” Democrat senator and senate majority leader Chuck Schumer, one of the bill’s supporters alongside Republican senator Todd Young, told the news agency Reuters.

The strategy isn’t purely economic—it is also geopolitical. The US government hopes its investment will help it see off the threat to its technological leadership from China and other nations, while at the same time increasing national security and economic competitiveness. “It is a comprehensive proposal that will impact the next generation of science and innovation policy worldwide,” wrote economist and engineer Carlos Américo Pacheco, president of FAPESP’s Technical and Administrative Council (CTA), in an article in the newspaper O Estado de S. Paulo. “It expands the scope of the NSF, reinforces links between agencies, signals a desire to reduce gender and race inequalities in science, changes the system’s governance, and increases its budget. It does this by defining priority technologies for investment and extending the NSF’s reach beyond research funding to address the gap between research and commerce.”

According to economist Luiz Martins de Melo, from the Institute of Economics at the Federal University of Rio de Janeiro (UFRJ), despite the perception that the USA is the epitome of wealth creation led by the private sector, it is the country’s government that has historically assumed the risks of entrepreneurship to stimulate innovation. “Since the post-war period, the US has been investing in a government structure that aims to build bridges with academic studies that have no apparent practical purpose and continuous technological development, especially within the Armed Forces.”

One of the most successful examples of this policy is the Defense Advanced Research Projects Agency (DARPA, now ARPA). Created in 1958 with the aim of giving the US technological superiority over the Soviet Union, DARPA went far beyond the mere funding of basic research. The agency helped direct money to specific areas, creating opportunities and intermediating interactions between public and private bodies involved in the technological development process. It funded the formation of computer science departments, supported early research at startups, contributed to the development of semiconductors, and oversaw the early stages of the internet, helping to establish the computer industry in the 1960s and 1970s.

Similarly, the Small Business Innovation Research Program (SBIR) has helped US technology companies. Created in 1982, during the Ronald Reagan (1911–2004) administration, the program established a consortium involving the US Small Business Administration (SBA) and various government agencies, including the Departments of Defense and Energy, and the Environmental Protection Agency, which now allocates a fraction of its resources to small innovative companies. The SBIR was the inspiration for FAPESP’s Research for Innovation in Small Businesses (RISB, or PIPE in the Portuguese acronym) program, created in 1997 (see PIPE FAPESP supplement, December 2017).

It is still too early to know whether and when the Endless Frontier Act will pass congress. According to Hourihan, “there have been disagreements about the text of the bill in the house and in the senate, and it is difficult to predict how they will resolve this.” The AAAS director recalls, however, that even during the Trump years, US congress did not allow the STI budget to be cut. “Now, it seems more focused on investing in R&D to ensure the country remains competitive, in line with Biden,” he says. “Everything suggests that the government is preparing to shape a new market in order to drive innovation in strategic areas,” concludes Melo.