Based on graph analyses of 734 literary texts covering 4,500 years, a study led by researchers from the Federal University of Rio Grande do Norte (UFRN) pointed out parallels between the development of the structure of discourse in contemporary individuals and the development of this same structure in human societies throughout history. Graphs applied to discourse are graphical representations where each word corresponds to a fundamental element called a node; nodes are connected by arrows, called edges, whose direction depends on the order in which the words appear. The research suggests similarities in non-semantic structure between texts dating back 3,000 years and oral reports from children, illiterate adults, and participants diagnosed with psychosis. Oral accounts of American indigenous peoples and poetic texts from Western literature have structures that are different from all these groups.

Published in Trends in Neuroscience and Education in December 2020, the study is a continuation of research conducted by neuroscientist Sidarta Ribeiro, vice director of the Brain Institute (ICe) at UFRN, by psychiatrist Natalia Mota, a postdoctoral fellow at ICe, by biologist Sylvia Pinheiro, as she pursued her master’s degree at ICe, and by physicist Mauro Copelli, from the Federal University of Pernambuco (UFPE). Ribeiro and Copelli are also part of the team at the Center for Research, Innovation, and Dissemination in Neuromathematics (NeuroMat)—one of the Research, Innovation, and Dissemination Centers (RIDC) funded by FAPESP. During the first part of the research, the goal was to create models to measure disorganized speech patterns in schizophrenia patients (see Pesquisa FAPESP issue nº 194).

The recently published analysis includes texts such as the ancient Egyptian Book of the Dead, the first books of the Mesopotamian civilizations, classics from Greek, Roman, Judeo-Christian, Hindu, Persian, and Medieval cultures, as well as Modern and Contemporary Age literature, including modern blog posts. After being translated into English, the texts were turned into graphs and submitted for computational analysis at the High Performance Processing Center (NPAD) at UFRN. “A large number of nodes indicate, for example, that the individual or the text in question employs a varied vocabulary in its discursive structure,” explains Ribeiro, who leads the effort.

Study suggests that, when they learn to read and write, children retrace the steps of the human species until acquiring contemporary forms of consciousness

“Research on the archaeology of the mind uses ancient texts as if they were fossils of human thought,” explains physicist Mariano Sigman, from the National Scientific and Technical Research Council (CONICET), in Argentina, and member of the Human Brain Project, focused on the development of studies in areas such as neuroscience, medicine, and computer science. Sigman, who was also a part of the study led by the UFRN professors, observes that research in the area of human thought archeology can produce controversial results. “When we say, for example, that the speech of children has properties similar to that of participants diagnosed with psychosis, there is a lot of room for misinterpretation. But pointing out these similarities is not the same as saying that children are sick,” he emphasizes.

When assessing the selected texts, the researchers sought to figure out the historical functioning of the human mind, finding that records from the Bronze Age (2500 to 1000 BC) are structurally similar to modern oral reports from literate children and adult individuals diagnosed with psychosis. This similarity involves a speech repetition structure, typical of oral language that is modified through formal education. “This suggests that formal education has had an impact on the cognitive maturation of the minds of human beings for thousands of years,” says Mota. She reports that this structure of speech repetition also appears in the speech of individuals who lose the ability to organize their own thoughts, as can be the case with schizophrenia patients. “We work with the hypothesis that different types of register lead to different types of discourse. And this, in turn, has a subsequent influence on cognition,” explains Ribeiro.

The research results suggest that, during the Axial Age (800 to 200 BC), a period in ancient history characterized by an expansion of knowledge in multiple areas in Afro-Eurasia, the human mind matured. “At that time, the cognitive formation of human thought became more articulated, something that is evidenced by the literature of the period, which began telling more complex stories,” argues Mota, also stating that it was during this period that the human mind became consolidated in its current format, that is, with the ability to reflect and argue.

Ribeiro explains that the study sought to test hypotheses formulated by the American psychologist and philosopher Julian Jaynes (1920–1997), who stated that reflexive self-awareness in humans—that which works as a narrating ego in a dialogue with itself—is a recent skill, having been acquired during the Axial Age. “Before this period, Jaynes held that human thoughts were understood as an external reality, that is, they could be considered manifestations of spirits. People didn’t think they were talking to themselves, but to other entities,” he observes. 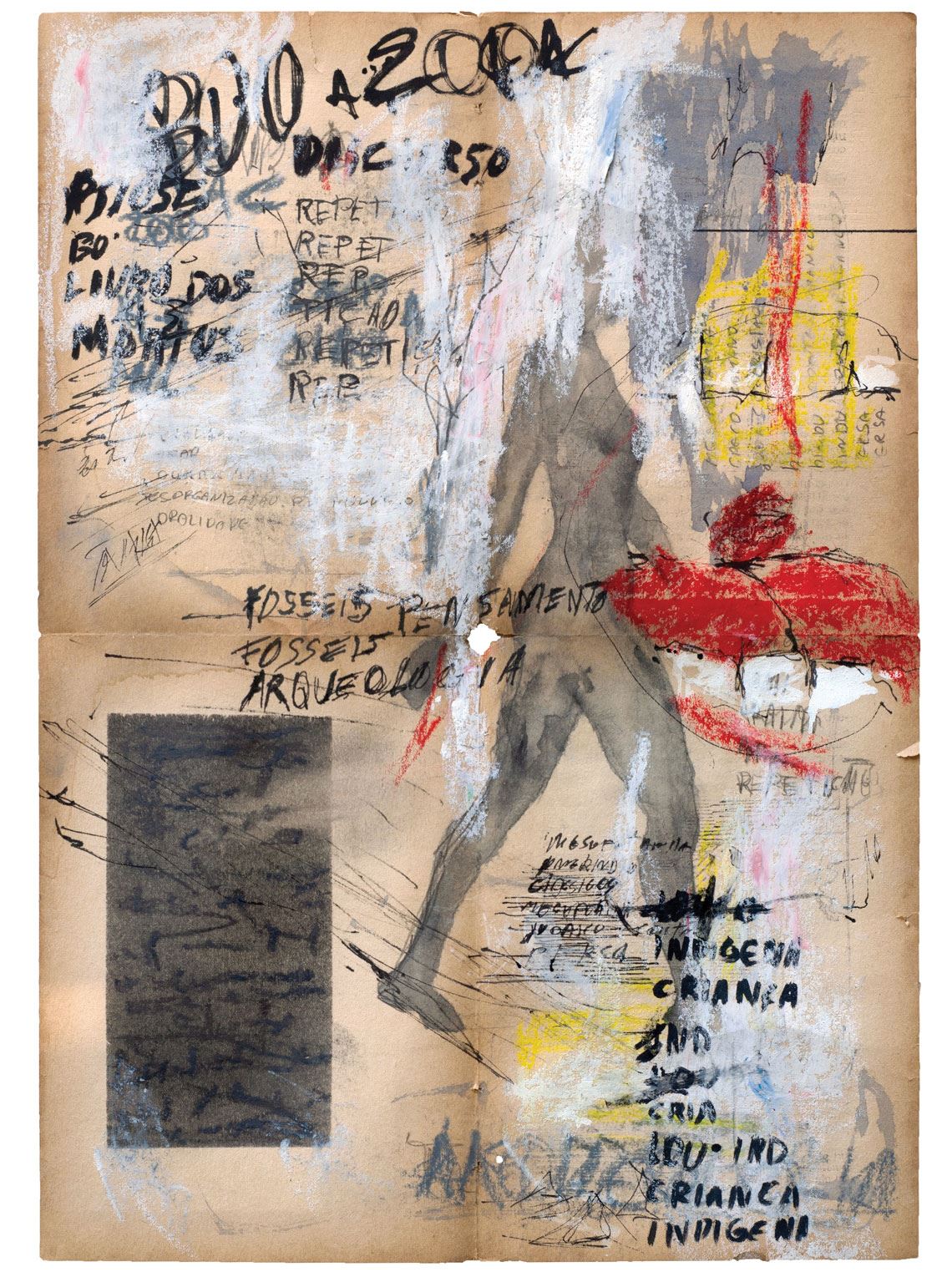 Helô SanvoyFurthermore, the study shows that, upon becoming literate, children retrace the evolutional path taken by the human species until acquiring contemporary forms of consciousness. In other words, the current system used for educating children reproduces, in 12 years, a process that took humankind 4,500 years to mature. To reach this conclusion, the study also involved collecting oral reports from children and adolescents at different levels of education during the process of learning to read and write in school. “Being able to include social memory in books contributes to the development of a discourse with a longer and less repetitive structure, as it is no longer necessary to memorize the details of history—as was necessary in oral traditions, such as those of American indigenous populations,” compares Ribeiro, clarifying that, to be effective, the oral traditions of a culture need to include repeated words and sentence structures.

In this sense, another result of the study concerns American indigenous cultures. According to Ribeiro, in populations that have an oral tradition, individuals seem to have acquired a higher degree of complexity and word repetition in small phrases, which is related to the need to memorize the words. “Speech development is associated with the culture of individuals. In a culture that has an oral tradition, speech develops with the repetition of words even in small sentences. In cultures that emphasize writing, this occurs less often, as working memory does not need to be used as much,” he compares. The results do not support any arguments that the oral discourse of American indigenous cultures is somehow inferior to written language cultures, emphasizes Ribeiro. “Their maturation trajectories have distinct structures. While in the literate environment people need several years of education to learn to speak with long-distance recursion, that is, only repeating the same term after many other words, indigenous populations require years of training to learn to speak with short-distance recursion, that is, repeating the same term after only a few words. American indigenous cultures count on oral tradition, and the exacerbated use of working memory favors repetitive linguistic constructions,” reinforces the neuroscientist.

Anthropologist Antonio Guerreiro, from the University of Campinas (UNICAMP), explains that the majority of recent studies on indigenous oral traditions focus on linguistic and sociocultural issues, while the work led by Ribeiro deals with non-semantic and structural aspects involving some verbal genres of these societies. According to Guerreiro, the research indicates that, in the data analyzed from American indigenous oral traditions, there are formal properties similar to those found in the speech patterns from other populations, including illiterate children who do not belong to American indigenous populations. “Despite these shared properties, the study does not, in any way, characterize indigenous verbal arts as inferior to other forms of discourse, as these arts are extremely varied, valued, and highly complex,” he stresses. In Guerreiro’s assessment, the findings allow for the investigation of the current impacts of writing on indigenous oral traditions and how the minds of these populations work. “The developed methodology would permit scientists to investigate how the introduction of writing in American indigenous societies impacted them, based on the comparison with its effects in other societies over time,” he suggests. “Research that involves speech mapping using graphs has gained momentum in recent years and has shown promise in supporting clinical diagnoses, in addition to contributing to applied and basic research in areas such as education and neuroscience,” says Mota.

Upon learning of the results of the study, linguist Luiz Carlos Cagliari, from the Department of Linguistics at the College of Letters and Sciences of São Paulo State University (UNESP), Araraquara campus, observes that this is a new field and that research involving both linguistics and neuroscience is still scarce. “Researchers usually work independently. Therefore, results from both fields of knowledge do not always incorporate results obtained by scientists who work with both subjects,” he notes. In this sense, Cagliari proposes some counterpoints, the first of which concerns the Axial Age. “In this era, many long texts were produced, thanks to the mental elaboration of complex references, and not only because of the memorization of speech outside the mind and supported by writing. Written language essentially comes out of the mind of someone who has previously developed the text in oral language. It simply transforms a thought into a memory external to the mind,” he says. 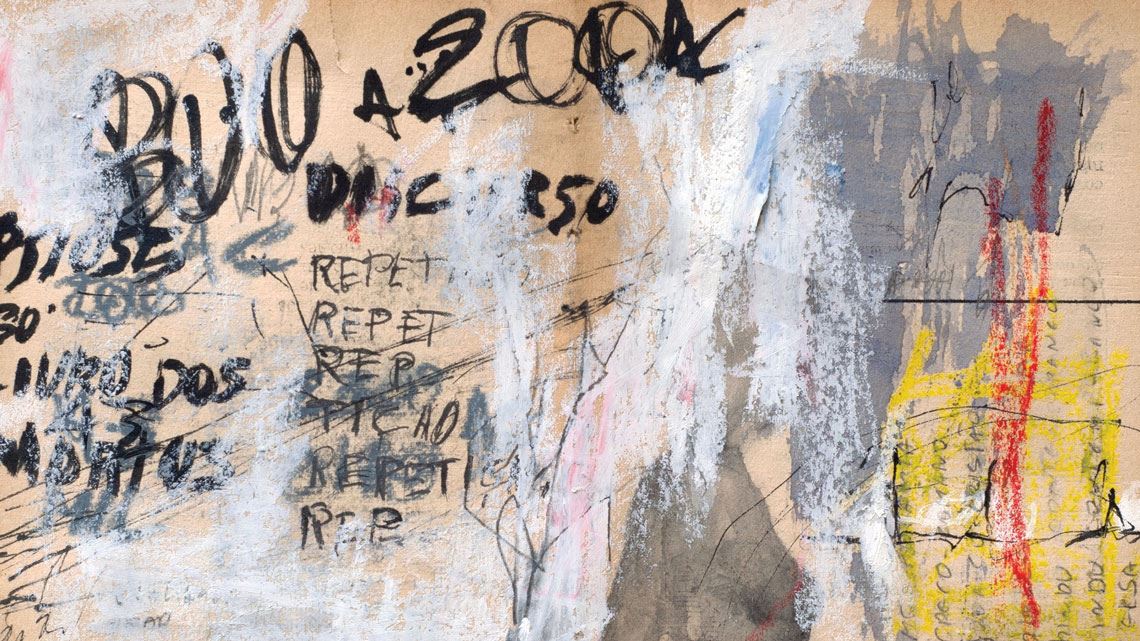 Helô SanvoyCagliari believes that writing constitutes a reductionist memory in relation to oral language, serving convenient social and contextual purposes in its use. “Language is primarily oral and, as such, is much more than the evolution of writing can reveal. Only in oral use is language fully mobilized,” he states. According to the linguist, all human beings have a similar language acquisition process. “As they grow, they add to their oral language and develop the use of the mind and, consequently, of thought,” he explains.

Another counterpoint involves the idea that repeated words are resources for language memorization. “Linguistic structures with rhymes or metered rhythm do not help with memorization. Prose has always been used in the theater, dating back to the ancient classics of the Greeks. When an actor memorizes a text in prose, he or she is guided more by the logic of the writing than by the sequence of words. When they must add metering on top of that, the memory work becomes overloaded,” he concludes.

Although this line of research involving non-semantic word graphs is being accepted by some linguists, Ribeiro emphasizes that the conclusions of the current study are not unanimous, as they represent new approaches, supported by studies in the field of mathematics instead of linguistics.