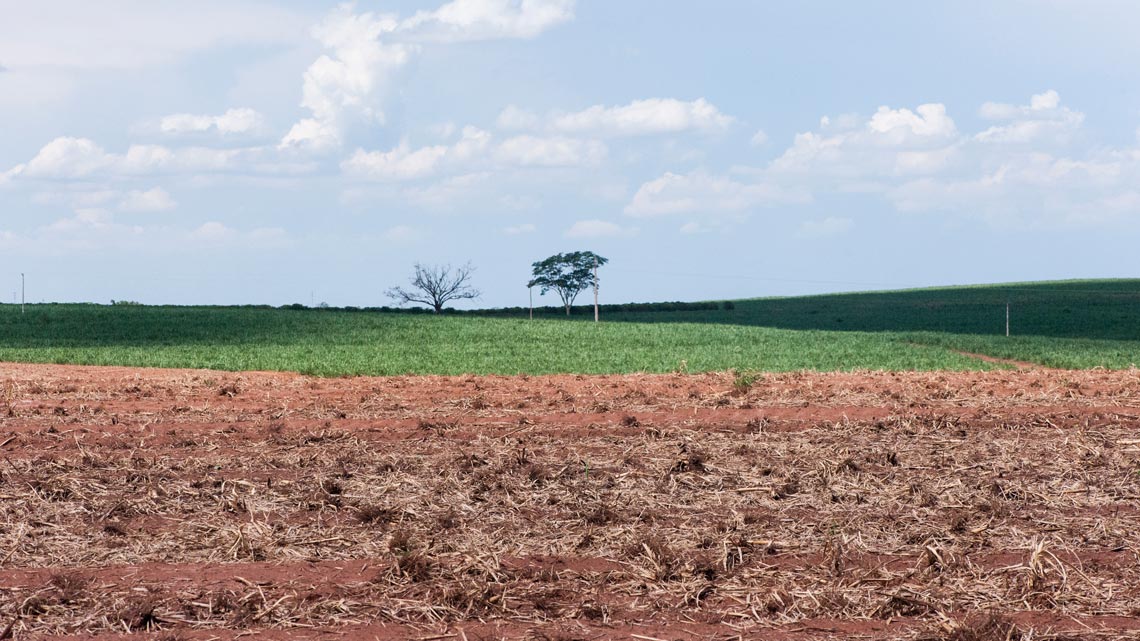 The indiscriminate removal of sugarcane leaves for producing electricity and cellulosic or second-generation (2G) ethanol poses risks, warn recently published studies in the journal Bioenergy Research. In one of the articles, the researchers concluded that removing the leaves remaining in the field after the sugarcane harvest can increase the soil’s fertilizer requirements. “The study’s principal new feature was to measure the amount of nutrients present in the sugarcane leaves and calculate the need for replenishing with NPK fertilizer [composed of nitrogen, phosphorus, and potassium] according to the volume of straw removed,” explains agronomist Maurício Roberto Cherubin, from the Department of Soil Science at the Luiz de Queiroz College of Agriculture at the University of São Paulo (ESALQ-USP), in Piracicaba.

The study was done in partnership with scientists from the Center for Nuclear Energy in Agriculture at USP and the National Biorenewables Lab of the Brazilian Center for Research in Energy and Materials (LNBR-CNPEM). It showed that the potential export of nutrients contained in the cane leaves, through removing the material, results in an additional average fertilizer cost of US$90 (about R$380) per hectare. This may vary according to fluctuations in the price of the product and negotiations made by companies involved.

Several scenarios were tested, accounting for the leave’s composition (green or dry leaves) and different levels of biomass removal (no removal, 0% of the total; low removal, 25%; moderate, 50%; complete, 100%). Using this framework, the researchers estimated the increase in consumption of NPK fertilizer by the sugarcane growers in the country’s central-southern region, which accounts for 90% of national production. The projections indicate that, even without removing the straw, the demand for NPK fertilizer is expected to grow 80% by 2050, due to the development of planted area and the increase in the doses applied by producers. In the case of total removal of the material (the most extreme, but unlikely scenario), the study pointed out that fertilizer consumption could double in comparison to management without removal. Increases within the intermediate range (25% and 50% removal), which is the most likely to occur based on actual power plant consumption, could reach 14% and 28%, respectively.

“One of the main benefits of the cane leaves, in the short term, is to keep water in the soil. It works as a protective layer, preventing water loss through evaporation and protecting the soil from erosion. At the same time, it collaborates by cycling nutrients and returning carbon to the soil,” says agronomist João Luís Nunes Carvalho, a researcher at LNBR and coauthor of the article. During this process, the nutrients present in the soil are absorbed and accumulate in the plant during its growing cycle, then return to the soil when the plant dies and decomposes. “The results of this study, and others published in the last few months, show that the straw has a dual purpose, since it has excellent potential for use in bioenergy production [2G ethanol and electricity] and is essential for soil sustainability. It’s up to farmers to decide the most sustainable way to use this biomass.”

Carvalho is part of the LNBR team responsible for the Projeto Sucre (Sugarcane Renewable Electricity), whose goal in the sugarcane industry is to increase the production of electricity—with low greenhouse gas emissions—through the use of sugarcane leaves. “Proper management of this biomass is essential to avoid causing negative impacts on crops,” the researcher says, noting that Brazil produces 80 million tons of straw per year. According to Carvalho, 33% of the energy contained in sugarcane is concentrated in the leaves, another 33% is in bagasse (the fiber left over after pressing out the sugarcane juice), while the remaining 33% is in the juice used for the production of sugar and alcohol. Initiated in 2015, Projeto Sucre has received funding from the United Nations, and will close next year. 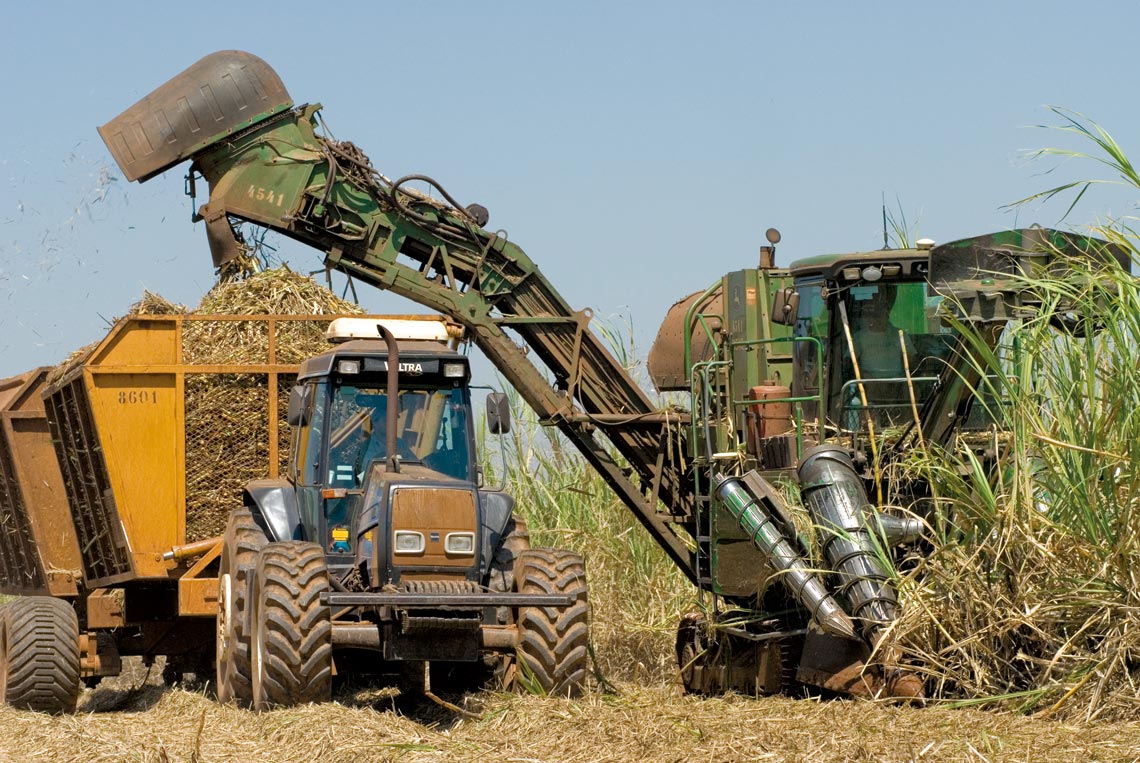 Sugarcane harvester in the state of São Paulo: the canes are loaded onto the truck while the leaves fall back on the fieldEduardo Cesar

According to Zilmar José de Souza, electricity manager at the Sugarcane Industry Union (UNICA), on the public sector side the pioneering work happened at the São Francisco electrical generation plant in Sertãozinho, the São Martinho plant in Pradópolis, and the Vale do Rosário plant in Morro Agudo, all in the Ribeirão Preto region of São Paulo State. “In 1987, they were the first to export surplus energy to the national grid. At that time, they used only sugarcane bagasse to generate energy, by burning it in boilers,” Souza notes. “Today, the 369 plants in operation throughout the country produce electricity for their own consumption, and about 200 sell energy to the grid,” he adds.

The process of generating energy using bagasse or leaves is relatively simple. First, the material is burned in a boiler, producing high-pressure steam. This steam then drives a turbine that, in turn, operates an electric generator, producing electricity. The low-pressure steam leaving the turbine still has thermal energy, which is used in various processes such as heating and evaporating the sugarcane juice to produce sugar. The simultaneous production of electrical and thermal energy in the industrial process is called cogeneration.

Over the past 20 years, Pesquisa FAPESP has followed, through a series of reports, the evolution of research that’s put Brazil at the forefront of generating bioenergy from sugar-sector byproducts. In 2001, researcher Isaías de Carvalho Macedo, then energy advisor at the Office of the Dean of the University of Campinas (UNICAMP), predicted that “cane fiber and leaves could become, in the medium term, important components of the Brazilian power grid”. Today, sugarcane biomass accounts for about 4% of electricity consumed in the country. 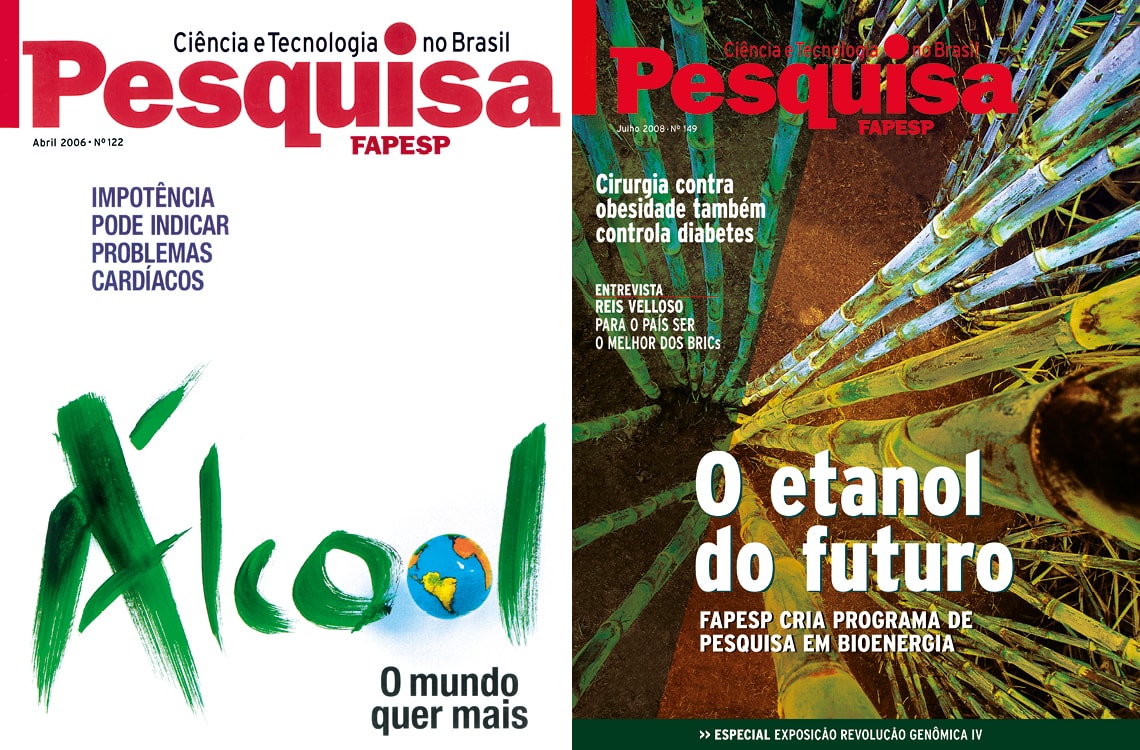 2G ethanol
At that time, research aimed at producing second-generation ethanol was already advancing. In 2002, Copersucar and Grupo Dedini, one of the principal manufacturers of machinery and equipment for the sugar sector, presented a technology called Dedini Rapid Hydrolisis (DHR), which showed that it is possible to produce ethanol from the cellulose contained in sugarcane bagasse. The process was developed with support from FAPESP.

In 2008, Brazilian research focused on 2G ethanol gained new momentum with the creation of the FAPESP Bioenergy Research Program (BIOEN). Its objective was to coordinate research and development activities using academic and industrial labs to promote the advancement of knowledge, and its application, in areas related to bioenergy production. On the occasion of the BIOEN launch, FAPESP Scientific Director Carlos Henrique de Brito Cruz highlighted its importance in stimulating the development of second-generation ethanol, a target of research in various countries around the world. Since 1997, 146 research grants or scholarships related to second-generation ethanol have been funded by the Foundation.

Today, the production of 2G ethanol is a reality in Brazil, although not to the extent hoped for. Raízen, a national leader in the manufacture of sugar, ethanol, and bioenergy, owned by infrastructure and energy firm Cosan and Shell Oil, has been processing cellulosic ethanol for five years. Cellulosic ethanol is so named because it’s produced from cane leaves cellulose and bagasse, and not from sucrose derived from sugarcane juice, as is conventional ethanol. In the last harvest, 2018/2019, Raízen put 16.5 million liters of the product on the market, still a very low volume compared to the 2.5 billion liters of ethanol the company produced. The rated capacity of the Raízen plant in Piracicaba is 40 million liters.

Another company that’s investing in 2G ethanol is São Paulo–based GranBio, owner of the BioFlex plant, in São Miguel Paulista, in Alagoas State. The unit began operations in 2014, but had to stop production two years later due to problems with pretreatment of the cane shipments. In 2017, the last data available, they produced 28 million liters of 2G ethanol, of which 5 million were exported to the United States. Raízen and GranBio were contacted for comment on the above figures, but did not reply.

Experts in the sugar-energy sector point out that the path to implementing this technology has been longer and more expensive than estimated. One of the challenges lies in improving the efficiency of the enzymes that convert cellulose and hemicellulose polymers, contained in the bagasse and straw, into sugars. Another is to perfect a few stages in the production process, notably the harvest of cane leaves from the field, which, depending on how it’s collected, arrives mixed with sand, potentially compromising operation of the plant machinery.

There are another 38 research grants and 105 scholarships awarded by FAPESP on second-generation ethanol.