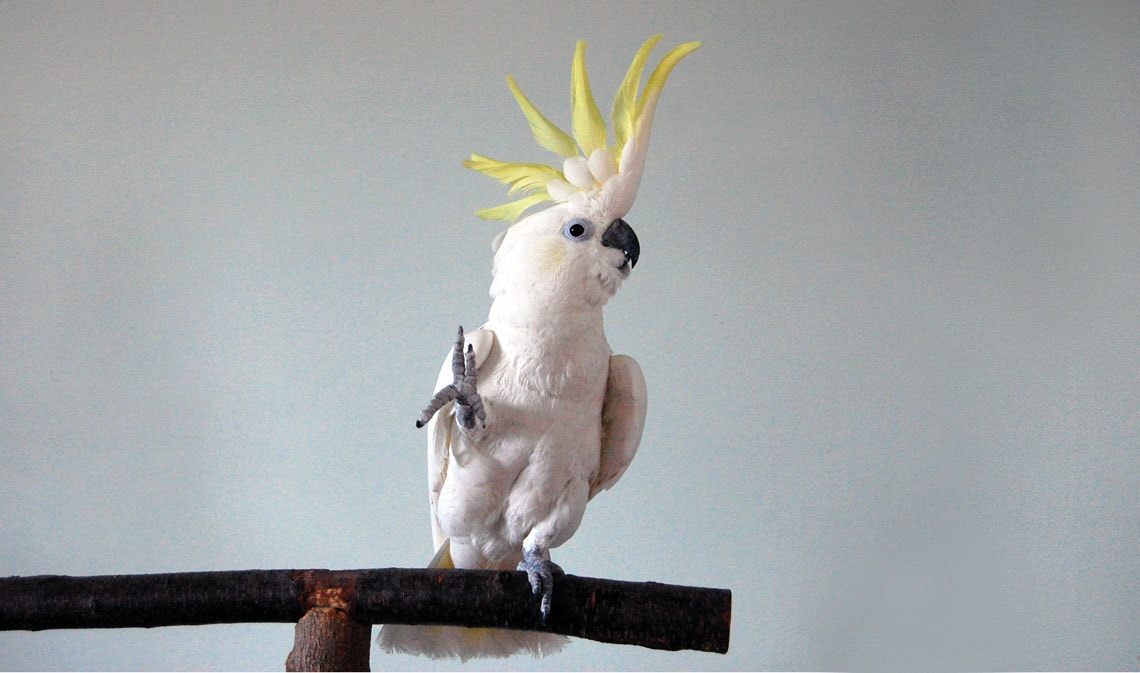 Snowball performing one of his dance moves

It is human nature to rock rhythmically to the sound of music. Snowbell the cockatoo (Cacatua galerita eleonora) is not shy either: he raises his crest, bobs his head, swings his neck, sways left to right, and raises his feet to the sound of British band Queen’s “Another one bites the dust” and American singer Cyndi Lauper’s “Girls just wanna have fun”. For a team led by psychologist Aniruddh Patel of Tufts University, the bird’s rhythmic behavior is not just fun to watch. It can also provide insights into how this parrot species’ brain functions. Besides humans, it is the only animal in the world known to be capable of dancing spontaneously—although other animals can move their bodies in a particular fashion to attract the attention of sexual partners or to earn food. Snowball’s owner, American Irena Schulz, encouraged the bird by dancing together with him and praising his response. The human dancer, however, only nodded her head and waved her arms, meaning that the cockatoo’s actions are more than mere imitation. The researchers identified 14 specific dance movements, which they suspect are produced using frontal regions of the brain that include areas related to motor learning and vocal learning (Current Biology, July 8).