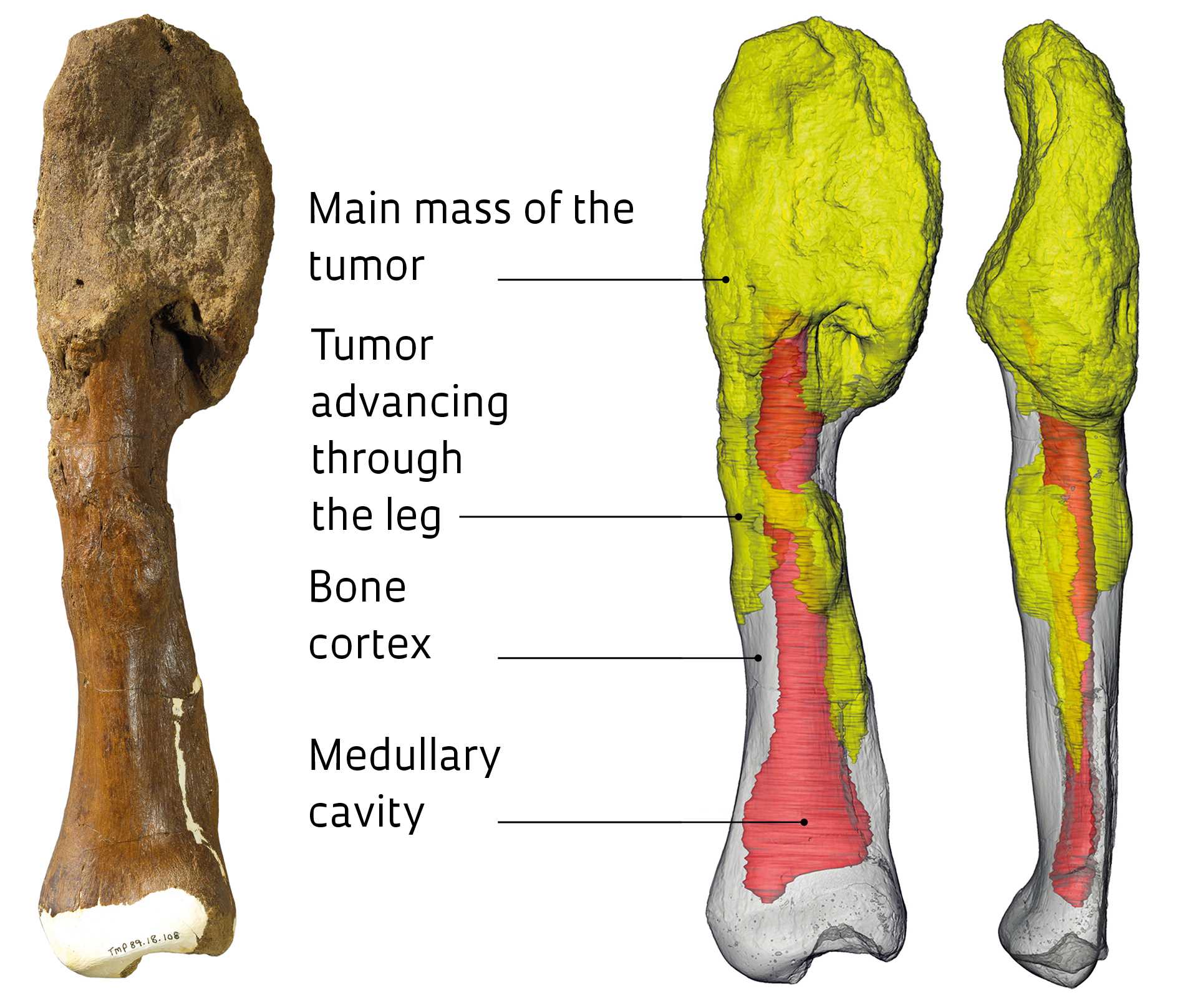 An herbivorous dinosaur that lived about 76 million years ago in what is now the province of Alberta in western Canada had highly aggressive bone cancer (osteosarcoma) in its right hind leg. The discovery was made by a multidisciplinary team of researchers from Canada and Japan, who analyzed a fossilized bone of Centrosaurus apertus, a species known for its large, distinctive nasal horn. Found in 1989 in Dinosaur Provincial Park, Alberta, the fibula was badly misshapen, initially attributed to a healed fracture. In 2017, pathologists and paleontologists decided to reexamine the fossilized bone, having noticed some unusual characteristics. They examined tissue samples under a microscope and compared tomography images to those of a human fibula affected by osteosarcoma and a healthy Centrosaurus, concluding that the diseased bone belonged to an adult dinosaur with advanced cancer (Lancet Oncology, August). “The cancer would have had crippling effects on the individual and made it very vulnerable to the formidable tyrannosaur predators of the time,” paleontologist David Evans of the Royal Ontario Museum told the McMaster University magazine Brighter World. According to the authors, it is the first confirmed case of a malignant tumor in a dinosaur.