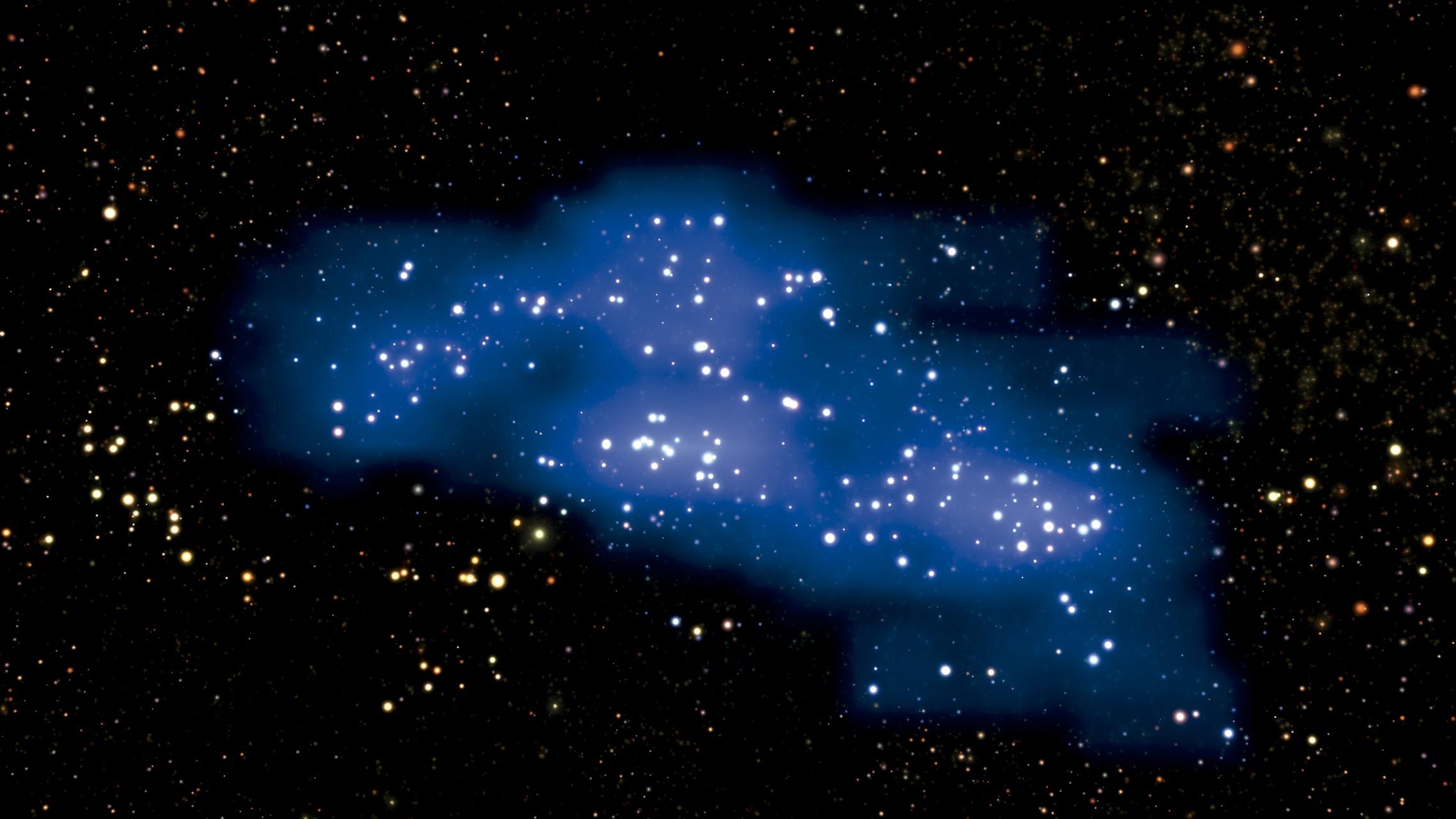 For decades, cosmologists have worked on the notion that when the Universe was only one billion years old, the force of gravity had not yet had time to pull stars and galaxies together into clusters. This belief was based on mathematical models that simulate how the Cosmos has evolved since the Big Bang 13.8 billion years ago. Two recent findings, however, suggest that some colossal systems already existed at that time. The oldest cosmic cluster was discovered by a research group led by astronomer Linhua Jiang, from Peking University, China (Nature Astronomy, October 15). Using a pair of telescopes in Chile with six-meter diameters, Jiang and his team found a galaxy protocluster larger than 100 million light-years across. This colossus, known as SXDX_gPC, is 12.7 billion light years from Earth, meaning that what the scientists observed is actually how the system appeared 12.7 billion years ago. The “proto” prefix is used because the galaxies in the cluster are not as close to each other as they are in a fully formed cluster. But they are already trapped by the gravity of the structure and will eventually form a cluster with a high mass. Another system apparently too large for its age  was found by Italian astronomer Olga Cucciati, from the Italian National Institute of Physics in Bologna. Using the VLT, the largest telescope in the world, located in Chile, she discovered a galaxy supercluster—a cluster of clusters—under formation 11.5 billion light-years away, now known as Hyperion. Its mass is one quadrillion times greater than that of the Sun, and it defies traditional cosmological models. Therein lies the problem: if these systems are not as rare as we thought, astronomers will have to reformulate their models of how galaxies are formed.