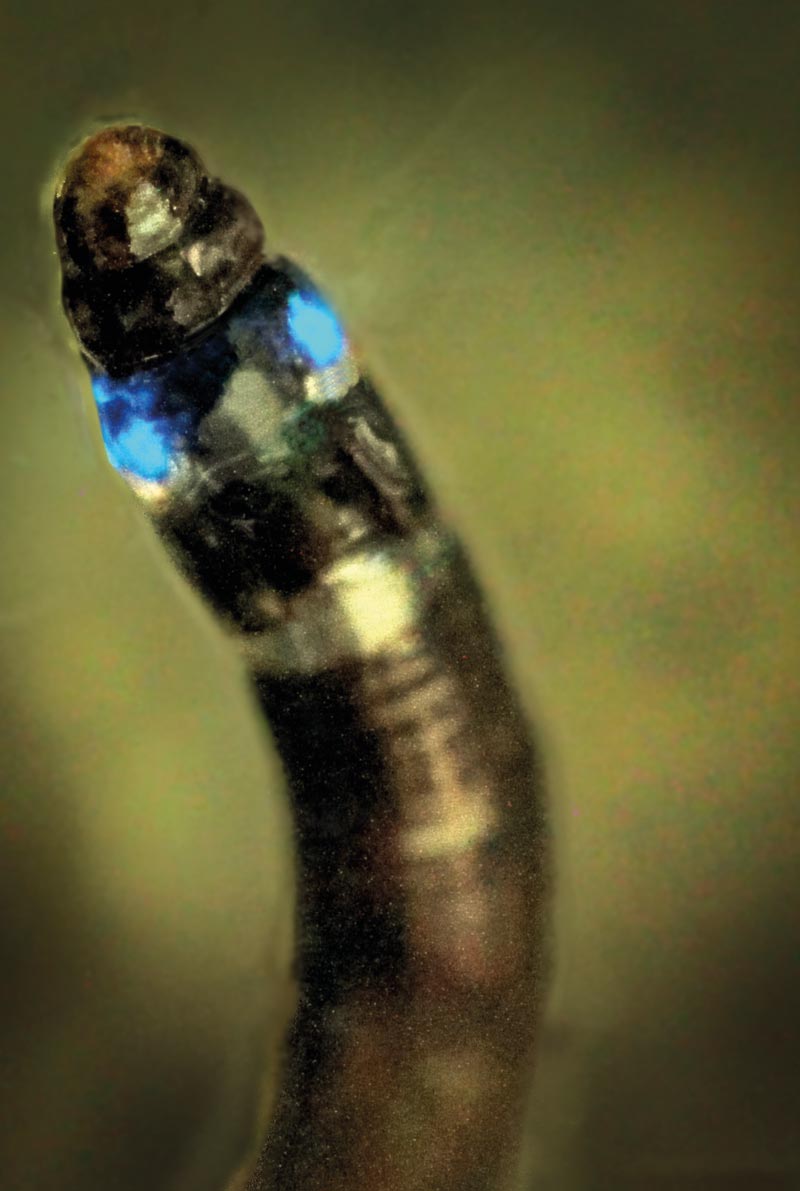 In 2017, Grant Johnson, an American volunteer working at the Biodiversity Research Institute (IPBio) in Vale do Ribeira, São Paulo State, found a larva emitting a blue light among fallen logs. IPBio staff working at Vale do Ribeira State Tourist Park (PETAR), known for its caves and unique biodiversity, sent photos to chemist Cassius Stevani, from the Institute of Chemistry at the University of São Paulo (IQ-USP). A specialist in bioluminescent fungi and a frequent visitor to PETAR, he contacted entomologists and identified the specimen as a mosquito larva. One of the colleagues he consulted was biochemist Vadim Viviani, from the Federal University of São Carlos (UFSCar). Viviani studies glowing animals, including Orfelia fultoni, an American mosquito species. The researchers tested extracts from both species—O. fultoni  and the newly described Neoceroplatus betaryiensis—and were able to recreate the light emission in vitro (Scientific Reports, August 5). “Both species have the same luciferin and luciferase,” says Stevani, referring to the enzyme and substrate responsible for the chemical reaction that generates light. Stevani suggests that it may be possible to genetically engineer the larvae of disease-causing mosquitoes such as Aedes aegypti to make them glow. “This could offer a way of easily identifying them and preventing disease,” he says.