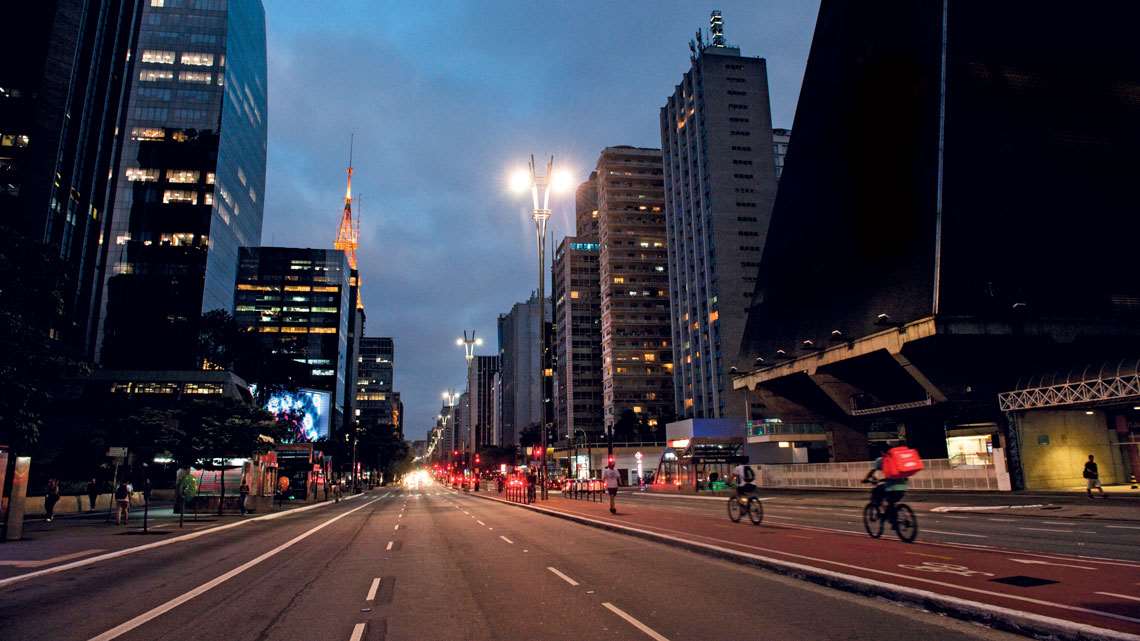 Avenida Paulista on March 31, 2020 after restrictions on movement were implemented

There are still some people that question whether closing shops and leisure facilities, in addition to recommendations to stay at home and avoid contact with other people, limited the spread of SARS-CoV-2. To estimate the impact of restrictions on movement during the pandemic, a group led by Heitor Ramos, a computer scientist from the Federal University of Minas Gerais, analyzed data collected in five Brazilian state capitals (São Paulo, Rio de Janeiro, Belo Horizonte, Porto Alegre, and Fortaleza) over six months in 2020 by an application that monitors traffic. The team used the information to simulate what would occur in two extreme scenarios: one with no restrictions on movement and the other with a lockdown after the first case. The result: without restricting movement and without citizens adopting preventive measures (masks, social distancing, etc.), the contagion curve grew rapidly and reached a peak that was tens of times greater than reported by the health system. When lockdowns were declared soon after the first case, the peak was delayed and there was a significant reduction in infections (PLOS ONE, December 7).