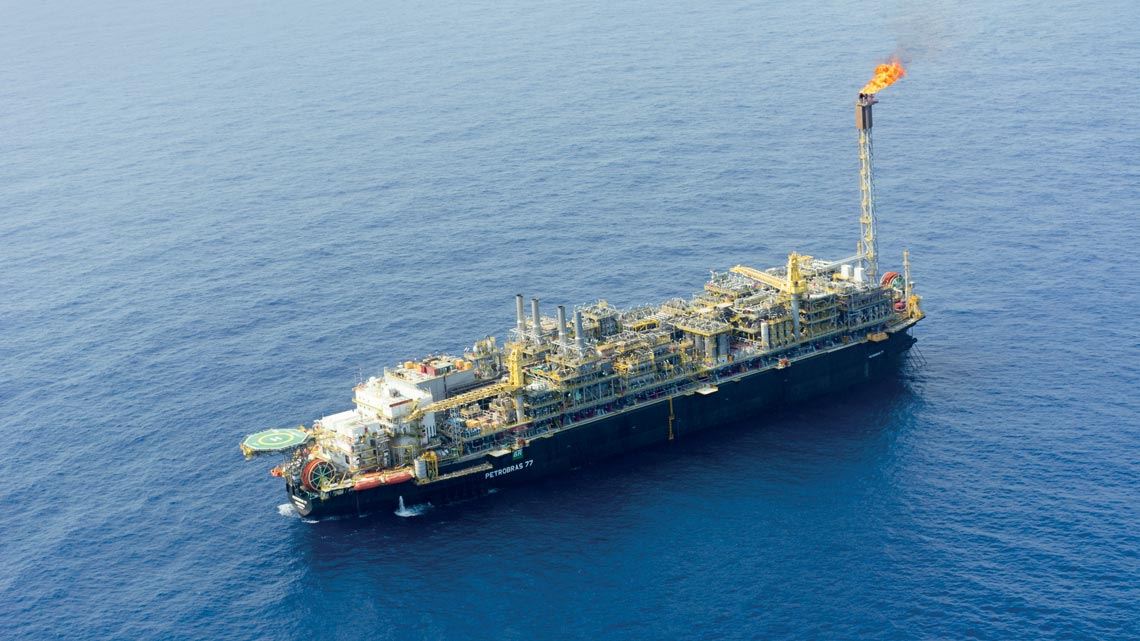 The number of scientific articles written by researchers from the Federal University of Rio de Janeiro (UFRJ) in partnership with colleagues from businesses has increased significantly over the last two decades. In the early 2000s, the number of papers coauthored with the private sector was around 25 per year. In 2018, this figure surpassed 180. These are the findings of a survey conducted by physicist Carlos Henrique de Brito Cruz of the University of Campinas (UNICAMP), FAPESP’s scientific director between 2005 and 2020, based on data from Clarivate’s InCites, a platform used to analyze scientific literature, integrated with the Web of Science (WoS) database.

Brito Cruz examined 300,000 articles with at least one author in Brazil and published between 1970 and 2018, noting the institutions with which they were affiliated. He then recorded those written by researchers from universities and teaching and research institutions in collaboration with the private sector. There has been an exponential growth in the number of papers authored in partnership with researchers from companies since the 1980s, a trend that has intensified in the last decade.

One of the institutions that contributed most to the rise was UFRJ, alongside the University of São Paulo (USP), UNICAMP, and the Technological Institute of Aeronautics (ITA) in São José dos Campos, São Paulo State. All showed a marked increase in the number of articles written together with businesses in the past 20 years. The standout for business collaborations, however, is UFRJ, especially between 2013 and 2018. Articles coauthored by businesses represented just over 2.5% of the university’s total scientific output in 2013; in 2018, that figure rose to 4.5% (see graph).

Compared to institutions in other countries, however, there is still room for improvement. In the USA, for example, the number of papers written in partnership with the private sector represents almost 6% of the total at the University of California at Berkeley and Davis, and 11% at the Massachusetts Institute of Technology (MIT). The difference is likely influenced by the fact that American companies generally invest more in internal research and development (R&D). According to the study by Brito Cruz, the corporate sector in Brazil employed 39,364 researchers in 2014; in the USA, it employed approximately 960,000 in the same year. This means that the number of potential coauthors from private companies in the USA is up to 16 times higher than in Brazil.

At UFRJ, most collaborations with companies are related to engineering—totaling 574 of the 1,743 articles analyzed in the survey. Chemistry and fuel energy follow, with 420 articles produced in cooperation with the private sector. The predominance of these fields is associated with established partnerships between the university and companies in the oil sector, most notably Petrobras, which until 2014, accounted for about 10% of all R&D investment in Brazil. Between 2015 and 2017, UFRJ papers coauthored by researchers from the state-owned company corresponded to 34% of the university’s total scientific output via business partnerships.

A significant proportion came from collaborations between Petrobras’s Research and Development Center (CENPES) and the Alberto Luiz Coimbra Institute for Engineering Research and Graduate Studies (COPPE) at UFRJ. The former has been based on the university’s campus on Fundão Island since 1973, fostering a close and fruitful partnership in oil and gas research. The two institutions have already worked together on more than 3,000 research projects. In 2019, Petrobras invested more than R$100 million in research collaborations with COPPE (see Pesquisa FAPESP issue no. 295). “The geographical proximity of CENPES to COPPE was a major benefit, as well as legislation obligating Petrobras to invest 1% of its gross oil revenue into technological cooperation agreements with R&D institutions, which also benefits other institutes within UFRJ, such as the chemistry and geosciences departments,” says electronic engineer Edson Watanabe, former director of COPPE.

According to physician and biophysicist Denise Pires de Carvalho, dean of UFRJ, the number of collaborations between the university and the business sector began to grow in the late 1990s when construction work began on its technology park, which was partially concluded in 2003 when COPPE inaugurated its Ocean Technology Laboratory, a water tank used in oil industry research. The park is now home to 6 laboratories, 18 startups, and 21 companies, most of which operate in the oil sector, including American companies Halliburton and Schlumberger and Italian company Tenaris, which Carvalho says may explain the proliferation of joint studies in engineering, chemistry, and energy.

Another area that has a high number of partnerships with UFRJ is the pharmaceutical industry. Over the last 10 years, researchers from companies such as Novartis and Roche, from Switzerland, Pfizer and Merck, from the USA, and others have started to collaborate more on scientific articles produced by the university. In total, according to the survey by Brito Cruz, businesses in this sector were the coauthors of 172 of the 1,743 papers published by UFRJ. “The prevalence of foreign companies reflects the small number of Brazilian companies with advanced R&D operations,” wrote the physicist in an article published in the book Innovation in Brazil: Advancing Development in the 21st Century. “At the same time, it reinforces the university’s image as an institution that produces competitive and internationally recognized research and is capable of attracting foreign partners.”

The Federal University of Rio de Janeiro does not know why the number of research collaborations with pharmaceutical companies has risen. The dean suggests that it may be a result of the robustness and quality of the university’s scientific output in health sciences over recent decades. “The university has five INCTs [National Institutes of Science and Technology] in the biomedical field, as well as the research institutes at the Health Sciences Center [CCS], which conduct cutting-edge research in several fields, meaning it is likely that UFRJ’s interactions with pharmaceutical companies will increase in the coming years.”

This is backed up by a recent survey by biophysicist Daniela Uziel, from UFRJ’s School of Pharmacy, who attempted to identify the number of scientific papers produced by CCS institutes in cooperation with the private sector. Based on data from SciVal, Elsevier’s scientific literature analysis platform, which is integrated with the Scopus database, Uziel surveyed all articles published by UFRJ researchers in areas related to the center’s main fields of activity (molecular biology, microbiology, pharmacology, medicine, neuroscience, and others) between 2009 and 2018. “It is difficult to establish search parameters that allow us to find articles written specifically by the CCS because the way the names of the university, the center, and the institutes that comprise it are written in scientific papers is not standardized,” she says. Uziel found that the number of health science papers coauthored by companies almost doubled in the period, from 133 articles in 2009 to 236 in 2018, including many collaborations with Pfizer, Novartis, and British pharmaceutical company GlaxoSmithKline, the three of which together contributed to 69 papers in partnership with UFRJ.

She believes that these figures reflect the university’s attempts to build closer relationships with businesses. At the CCS, this has been implemented by the Technological Innovation Division, which has teamed up with UFRJ’s Innovation Agency to create Inova-CCS. The initiative organizes seminars, workshops, and events to advise, guide, and encourage students and researchers to interact more with the corporate world. “The university is placing ever greater stock in research partnerships with companies,” says biophysicist Silvana Allodi, head of graduate studies and research at CCS. “With these collaborations, researchers can use funds contributed by companies to complement research budgets provided by the university itself and funding agencies, allowing them to explore new and promising lines of research. Cooperative studies also play an important role in the training and education of undergraduate and graduate students, as well as postdoctoral researchers.”

This was the case for production engineer Rafael Clemente, founding partner of the consulting firm EloGroup. While studying his undergraduate degree at UFRJ’s Polytechnic School, he joined the research group of engineer Heitor Caulliraux, during which time he carried out a series of research projects with private companies. “That’s how we learned about consulting,” he says. “Interacting with businesses in collaborative projects helped us to better understand how knowledge produced at the university can be incorporated into the management of corporate operations.” These close relations with the business sector prompted him to create his own consulting company. In 2007, Clemente and three of his colleagues submitted an application to take part in the COPPE-UFRJ business incubator. “Our association with the university in the early years was very important; it helped us build our reputation in the market.” A year and a half later, they branched out on their own, taking their services nationwide—one of the company’s main offices is now in São Paulo. EloGroup has 411 employees, including engineers, mathematicians, programmers, administrators, and economists, and works with companies from a wide range of sectors, including Claro, NuBank, and iFood.

From an institutional perspective, one of UFRJ’s most recent strategies is to raise awareness of its laboratories and the publications and expertise of its researchers, with the aim of attracting businesses to form new partnerships. “Many companies still do not understand the full potential of working with UFRJ,” says chemical engineer Denise Freire, associate dean of graduate studies and research at the university. Freire is currently working together with the UFRJ Technology Park to develop a system based on data from the Lattes researcher résumé platform that would allow companies to search for and identify the areas of expertise and experience of research groups and the institution’s 1,456 laboratories. A preliminary version of the system is expected to launch later this year and it is hoped that the tool will encourage collaborations between the university and the private sector.

It is also essential that companies invest in internal R&D, not only to ensure they remain competitive and innovative within their industry, but also to make the most of any collaborations with universities. This is demonstrated in UFRJ’s recently declining number of research partnerships with Petrobras. Preliminary data from an ongoing survey by Freire show an increase in the annual number of articles published together with the oil company in the last decade, from 22 in 2009 to 71 in 2019. “In 2020, it dropped to 47 articles, a decrease of 33%,” she points out. The year is not over yet, but this drop-off is unlikely to reverse itself in the coming months. The decrease was a reflection of Petrobras investing 32.6% less in research projects with the university, possibly due to the approximately 35.6% drop in crude oil prices from 2019 to 2020. “These changes are directly related. It’s a two-way street.”