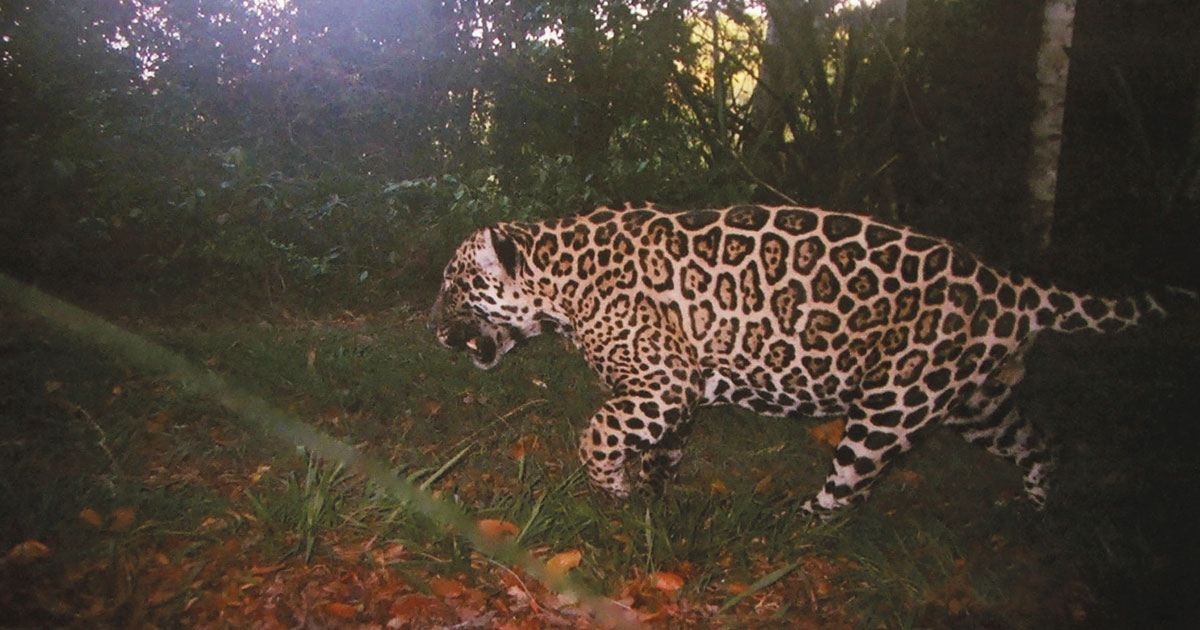 Jaguar photographed by a camera trap in the Vale Natural Reserve

For two years, biologist Ana Carolina Srbek-Araujo and her colleagues walked and cycled a section of the Atlantic Forest in Espírito Santo State looking for something unusual: jaguar (Panthera onca) feces. Collecting its dung is the simplest and least invasive way to learn more about the largest feline on the continent, whose habitat in the Americas has been vastly reduced by deforestation. In the Atlantic Forest, less than 3% of the forest’s original area is home to these animals today. As part of her PhD, Ana Carolina, now a professor at Vila Velha University in Espírito Santo, collected samples of jaguar feces in the Vale Natural Reserve, which covers almost 23,000 hectares of Atlantic Forest between the municipalities of Linhares and Jaguaré. The DNA extracted from the feces indicated that at least 11 jaguars live in the region, slightly more than the nine that had previously been documented by camera traps. The study’s most noteworthy findings were the loss of genetic variation in the population and the identification of gene sequences exclusive to the region, both of which are evidence of prolonged isolation from the jaguar populations from other areas (Journal of Mammalogy, April 3). Given that it would be impossible to restore enough forest for the creatures to roam as freely as they need, the authors of the study, which was coordinated by geneticist Eduardo Eizirik from the Pontifical Catholic University of Rio Grande do Sul, suggest that the population needs to be managed, including translocation and assisted reproduction with populations from other areas of the Atlantic Forest.