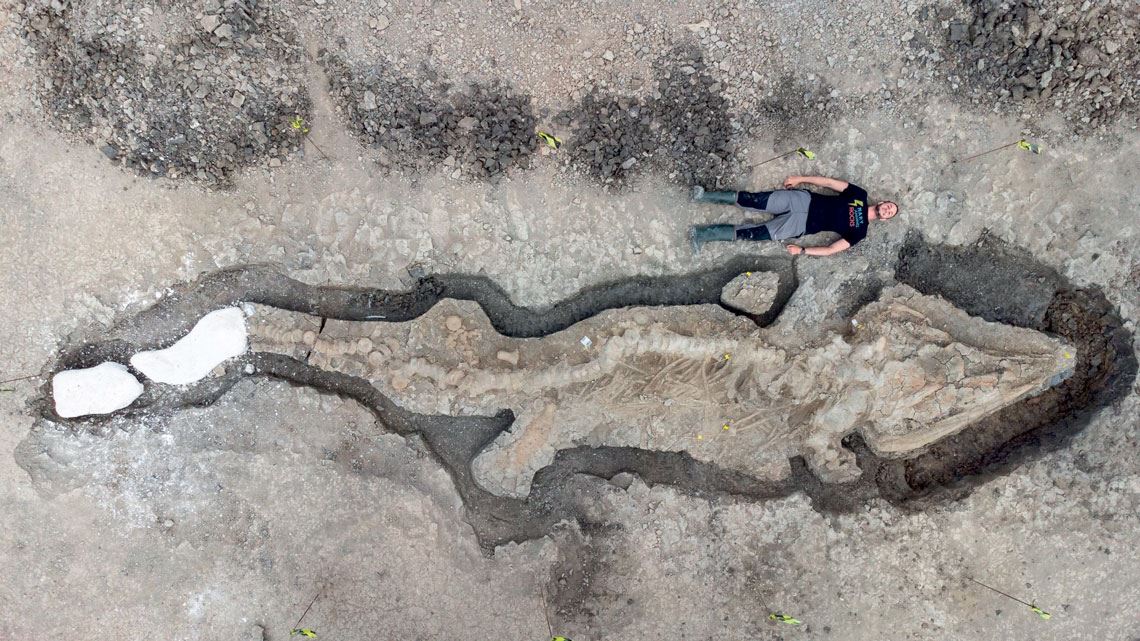 In early January, paleontologists and conservationists announced that they had identified the UK’s largest ichthyosaur fossil. Ichthyosaurs were marine reptiles that emerged around 250 million years ago and disappeared around 90 million years ago. Nicknamed “sea dragons,” they were carnivorous, had large teeth and eyes (in some cases up to 20 centimeters in diameter), and looked like dolphins, although they were reptiles rather than mammals. Discovered in February 2021 while draining an island in the Rutland Water Nature Reserve in central England, the new fossil is over 10 meters long and its skull is thought to weigh nearly one ton. Its age has been estimated at 180 million years. It is the largest and most complete ichthyosaur skeleton found in the UK and the first of the species Temnodontosaurus trigonodon. “It is a truly unprecedented discovery and one of the greatest finds in British paleontological history,” paleontologist Dean Lomax, an expert on ichthyosaurs and head of the fossil excavation, told the British newspaper The Guardian (January 10).