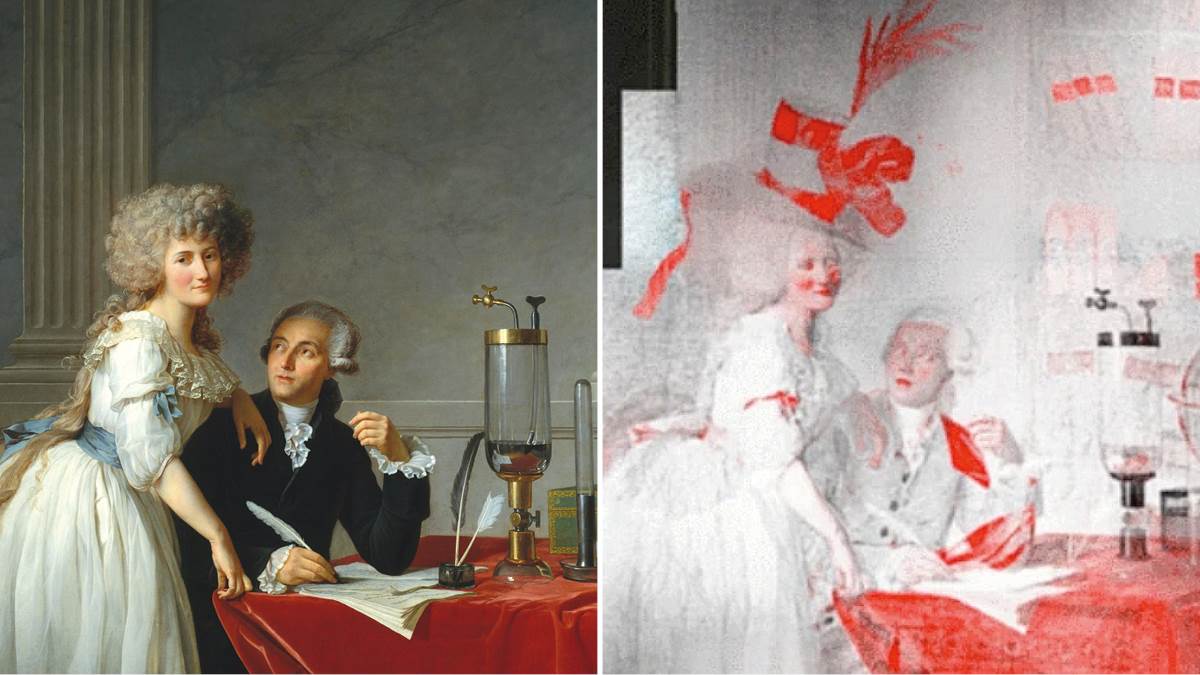 1788 portrait of Antoine-Laurant Lavoisier and his wife, alongside the initial sketch (right)

Using imaging techniques capable of revealing hidden layers in old paintings, Silvia Centeno and her colleagues from the Metropolitan Museum of Art in New York, USA, discovered important differences in the original composition of the iconic portrait of French scientist Antoine Lavoisier (1743–1794) and his wife, painted by Jacques-Louis David (1748–1825). The group’s analysis revealed that the scientific instruments seen on the table in the finished piece were not included in the original design drawn on the canvas in charcoal (Heritage Science, August 30). The finding suggests that Lavoisier did not pose for David while arranging the equipment he used in developing modern chemistry in the eighteenth century, but while performing his duties as a tax collector for King Louis XVI. In the first version, Marie-Anne Pierrette Paulze-Lavoisier (1758–1836) was wearing a luxurious hat. The researchers believe the modifications were made by the painter in an attempt to save the couple’s reputation after they were targeted by Jacobin revolutionaries.