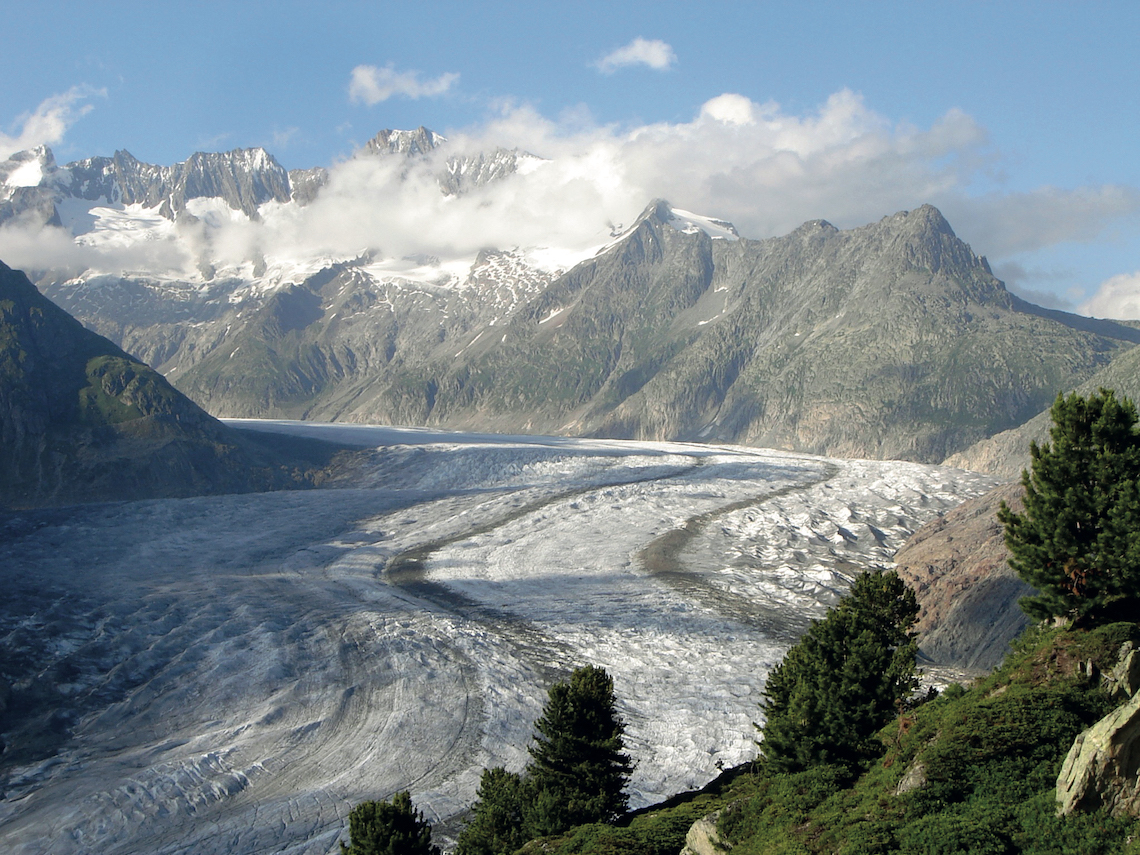 The Aletsch Glacier in the Swiss Alps: Melting in front of our eyes

Mountain glaciers in southwestern Argentina and northeastern Spain are rapidly losing ice and could disappear completely by the end of the century. And they are not the only ones. According to a study by researchers from the International Union for Conservation of Nature (IUCN), ETH Zurich, and the University of Fribourg (all located in Switzerland), glaciers in the Canadian Rockies and southeastern New Zealand, as well as the Khumbu Glacier in the Himalayas and the Jakobshavn Glacier in Greenland, are also melting faster than previously estimated (Earth’s Future, April 29). The experts used data from the scientific literature to estimate the current state of 19,000 glaciers at 46 world heritage sites. With the aid of computer modeling, they projected how they might change in the coming years. The results indicate that glaciers at up to 21 of these sites could disappear completely by the end of the century, depending on the intensity of climate change. Glaciers are considered one of the best indicators of climate change because their volume is affected by air temperature, snowfall levels, and energy exchanges with the earth’s surface. Even if carbon dioxide emissions are significantly reduced, the glaciers at eight of the 46 world heritage sites analyzed would disappear. According to the study, the total volume of ice accumulated in these glaciers is expected to fall by between 33% and 60% by the end of the century.