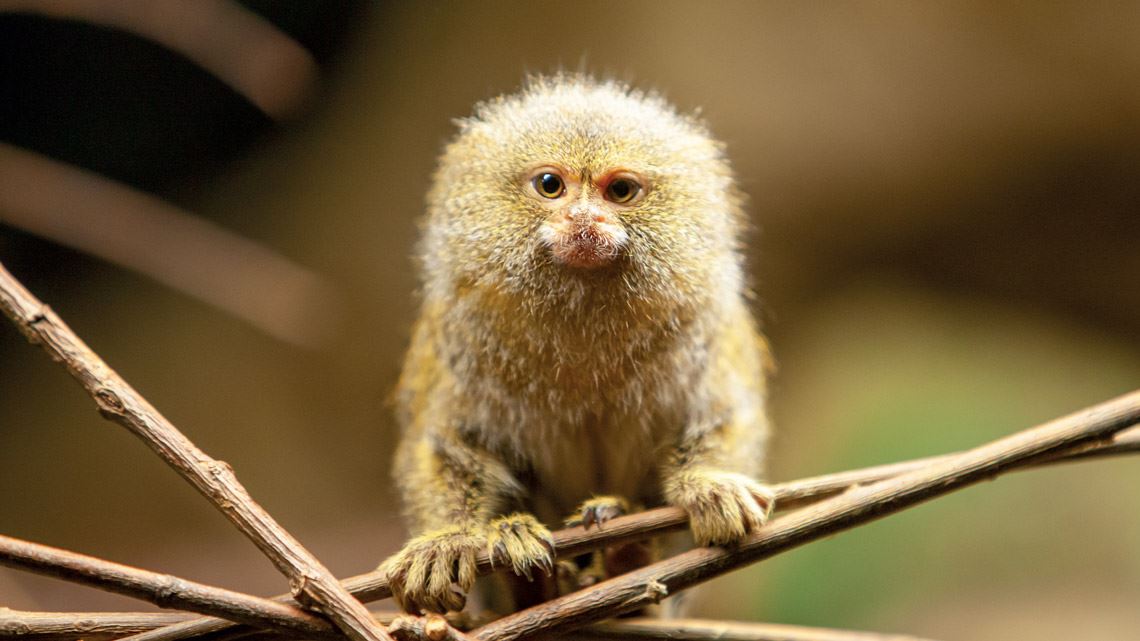 The pygmy marmoset Cebuella pygmaea, a species found on the north bank of the Solimões River

A new study extracted and analyzed the DNA of the pygmy marmoset taken to Europe in the early nineteenth century by German naturalist Johann Baptist von Spix (1781–1826), confirming its species. Described in the scientific journal Zoological Research in November 2021, the study confirmed an old suspicion: that the marmoset was a specimen of Cebuella pygmaea, a species found on the north bank of the Solimões River, the name given to part of the Amazon River between its confluence with the Negro River and the border of Peru. “We conducted a very robust analysis using thousands of base pairs [the chemical units that comprise DNA],” says Jean Boubli, a Brazilian primatologist from the University of Salford, UK, and lead author of the article. There were doubts as to whether the specimen collected by Spix belonged to this species or Cebuella niveiventris, a very similar species of pygmy marmoset that inhabits almost the same area.

This whole story began 200 years ago. Between 1817 and 1820, botanist Carl Friedrich Philipp von Martius (1794–1868) and zoologist Spix, both originally from the German state of Bavaria, participated in an Austrian expedition through the interior of Brazil, promoted as a result of the union between Archduchess Maria Leopoldina of Austria and the Crown Prince and future Emperor of Brazil, Dom Pedro. The trip started in Rio de Janeiro, then the national capital, and covered parts of the Southeast, Northeast, and North. Toward the end of their journey through the Amazon rainforest—the last stage of their trip—the pair parted ways after arriving in the town of Tefé, in the state of Amazonas. Martius went further north up the Japurá River before returning to Manaus in March 1820. Spix went to what was then the village of Tabatinga, on the banks of the Solimões River, now part of Amazonas. 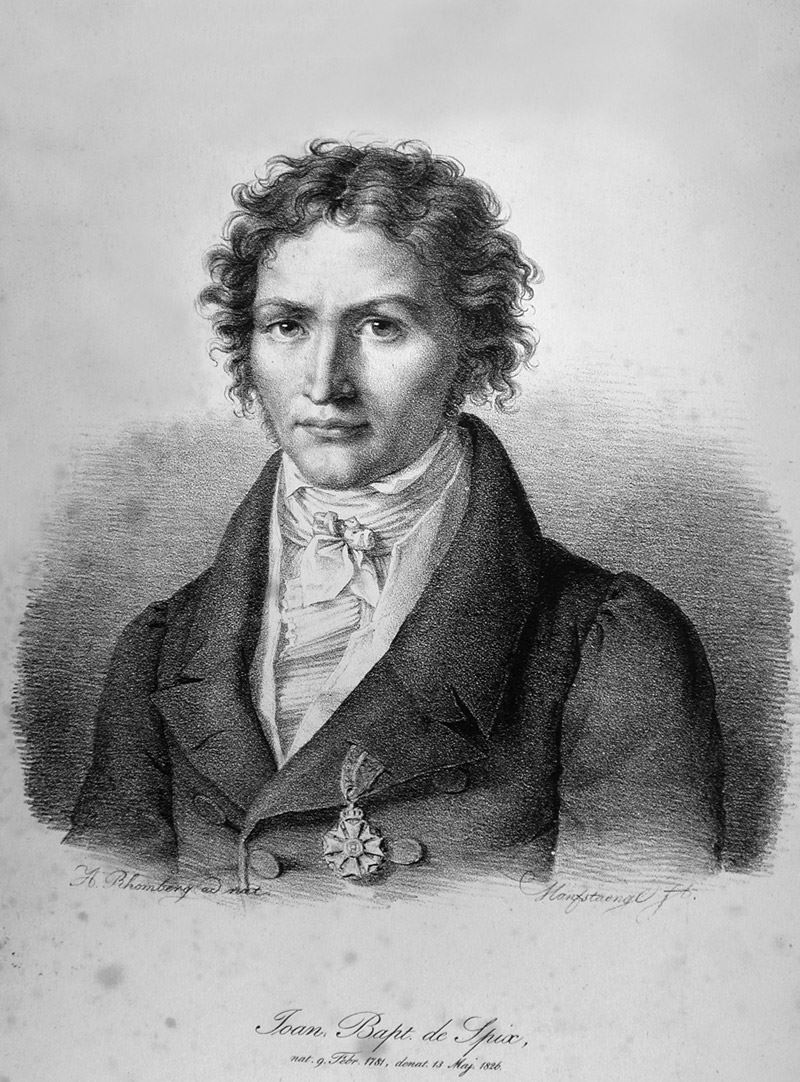 Portrait of Germanic naturalist Spix, who was given a pygmy marmoset as a gift from indigenous people in the AmazonFranz Hanfstaengl / Wikimedia Commons

It was here, near the border with Colombia, that the zoologist was given a tiny, dead monkey as a gift from what was probably the Ticuna indigenous people. At 15 centimeters long (not including the tail) and weighing around 100 grams, the primate was described by Spix and named Cebuella pygmaea. In his work, Spix indicated that the animal came from the Tabatinga region. He did not make it clear, however, whether the marmoset came from the north or south bank of the Solimões.

In the 1940s, Swedish zoologist Einar Lönnberg (1865–1942) suggested that another species exists, highly similar to the one described by Spix: a white-bellied pygmy marmoset. The specimen studied by the Scandinavian researcher came from Eirunepé, a municipality located 200 kilometers south of Tabatinga, on the other side (to the south) of the Solimões River. But until 2018, the question remained as to whether just one pygmy marmoset species exists in the region—which was the prevailing theory—or two.

In 2018, Boubli and his colleagues studied pygmy marmoset specimens from around the Japurá River, a tributary on the north bank of the Amazon River, and discovered that they differed from the white-bellied animals of Eirunepé. The two small primate species diverged, in evolutionary terms, 2.5 million years ago. “We realized that there were likely two distinct species of pygmy marmoset,” says Boubli. But it was still unclear whether the marmosets subsequently described as C. pygmaea effectively belonged in the species described by Spix, and if those named C. niveiventris were different. This is the question that was answered by the Brazilian zoologist’s new study.

As well as analyzing the DNA of the marmoset given to Spix, the Zoological Research article compared it to the DNA of 65 current monkeys from the Americas, including 52 of the genus Cebuella. The results indicated that the yellow-bellied pygmy marmosets all came from areas north of the Solimões, while white-bellied ones all lived south of the river. With this data in hand, all Boublie had to do to determine the species of the animal given to Spix, which was stored in the Bavarian State Collection of Zoology in Munich, was check the color of the belly. 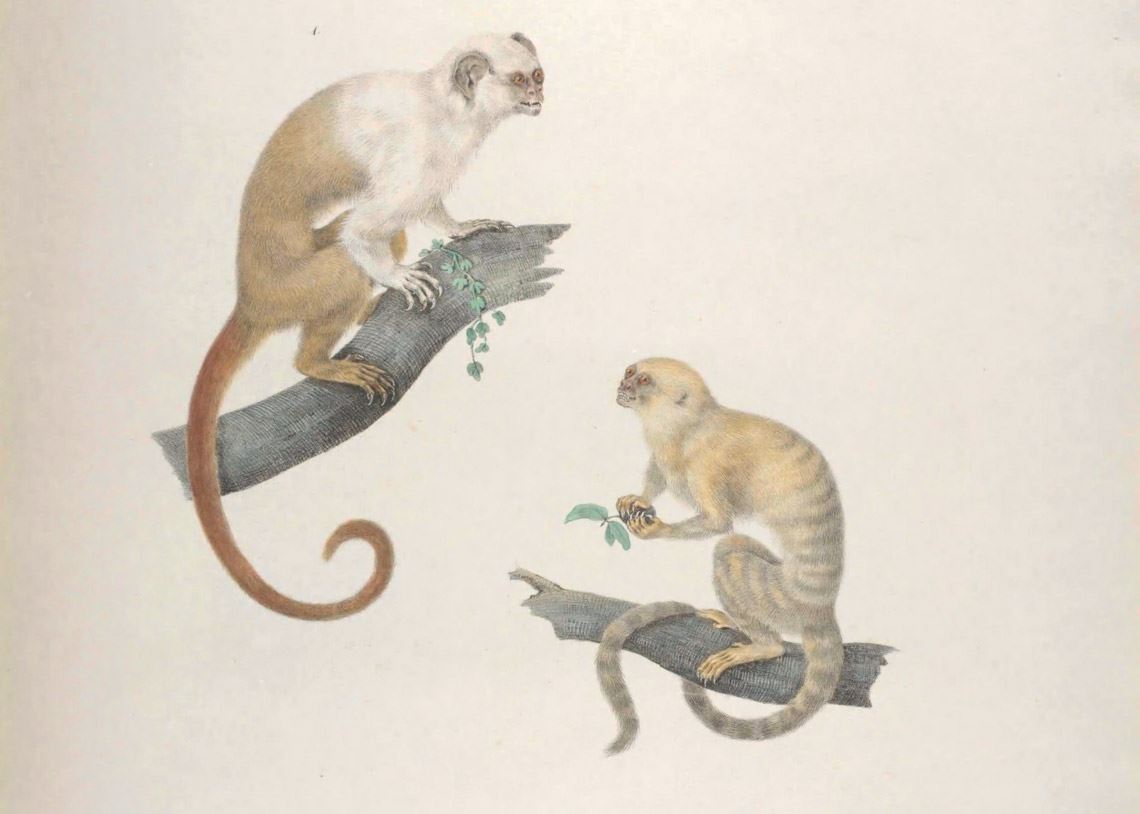 “But simply examining the specimen didn’t solve the issue because the color of the belly isn’t visible anymore. If we were sure that Spix collected or was given the marmoset on the north bank of the river, we could also solve the taxonomy without any problems. But at the beginning of the nineteenth century, less attention was paid to sample locations. It was always assumed that Spix’s marmoset came from Tabatinga, but this was never actually recorded anywhere. Without a clear indication of geographic distribution, taxonomic descriptions can be wrong,” he explains.

Those responsible for biological collections have a responsibility to preserve their integrity, especially when dealing with a type specimen of historical importance, such as Spix’s pygmy marmoset. The obstacle was overcome thanks to the work of Christian Roos, a geneticist from the German Primate Center. The Bavarian zoology collection allowed Roos, an expert in ancient DNA analysis with ties to Munich, to remove a small piece of tissue from the pygmy marmoset. 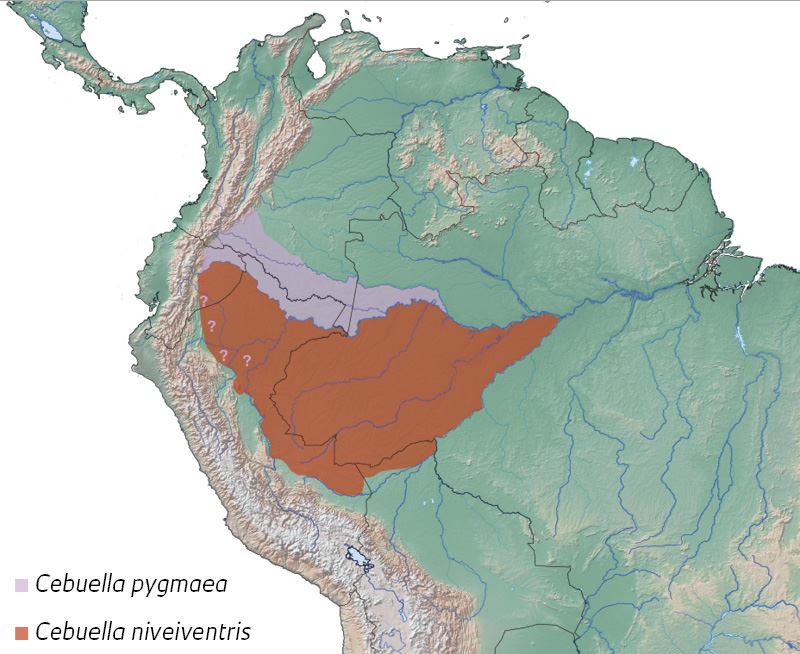 The sample provided enough material to extract its mitochondrial DNA, which has about 12,000 base pairs. This part of the genome is inherited solely from the maternal lineage, and in evolutionary terms, it is conserved well over many generations, making it a useful molecular tool for understanding the relationships between different species. The mitochondrial DNA of the marmoset collected by Spix 200 years ago was almost identical to current specimens of C. pygmaea, a finding that put an end to taxonomic discussions about recent identifications.

According to Leila Porter, an American bioanthropologist from Northern Illinois University who studies primate ecology and behavior, DNA analysis of specimens kept in biological collections should be standard procedure in comparative studies. “In the future, primatologists will continue using ancient DNA from museum samples to resolve taxonomic uncertainties,” Porter said in an interview with Pesquisa FAPESP. The researcher is a coauthor of the recently published article on pygmy marmosets from the Amazon. “If possible, they should also collect DNA from fecal samples of animal populations at study locations. This combined analysis of field and museum specimens can be highly informative.”

Boubli agrees with his colleague. Like the mystery of the pygmy marmosets from western Amazonia in Brazil, there are several other enigmas waiting to be solved—or at least better understood—through studies of older genetic material. “We want to obtain DNA from type specimens of Brazilian monkeys stored in museums without clear geographical identification. There are several records, for example, claiming that a sample came from the old province of Grão-Pará, which covered an area that stretched from Bolivia to Maranhão,” explains the Brazilian primatologist. 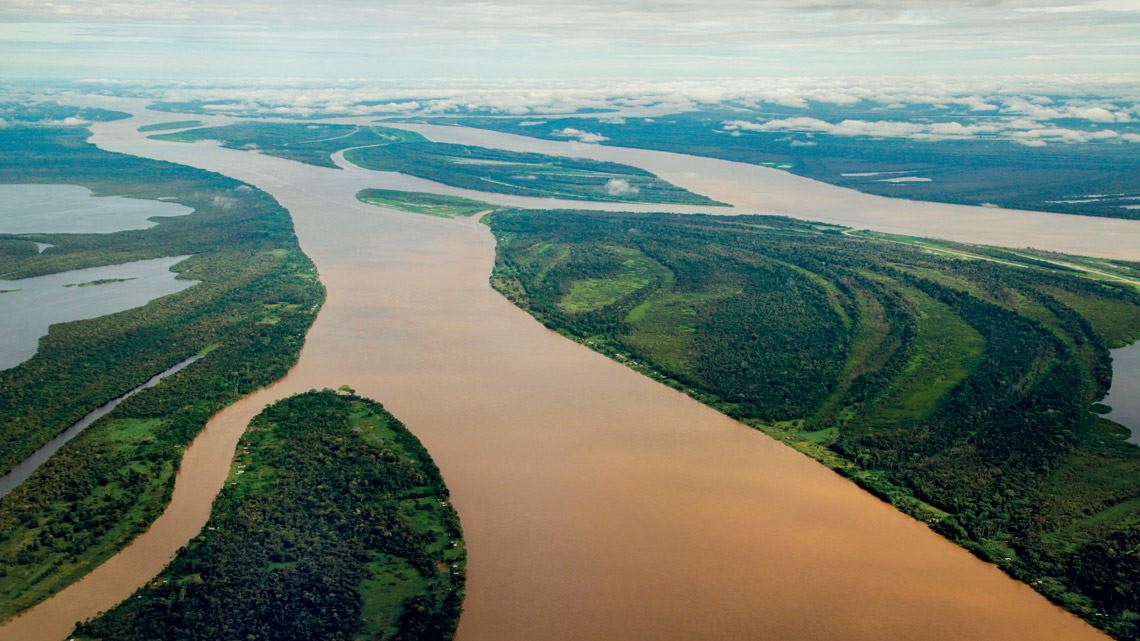 The Solimões River, which separates the habitats of the two speciesFabio Colombini

For the two Cebuella species, there is still another mystery to be unraveled regarding possible hybrid animals, which also dates back to the nineteenth century, although unrelated to the Martius and Spix expedition. “It was Wallace who first proposed that the biogeography of the Amazon was related to the region’s rivers,” says Boubli. Biogeography is the study of the spatial distribution of species in a territory and Boubli is referring to British naturalist Alfred Russel Wallace (1823–1913), who is known for his work on human evolution and natural selection. In 1848, at the age of 25, Wallace and his compatriot Henry Walter Bates (1825–1892) set off for Pará from the port of Liverpool to take part in an expedition through the Amazon rainforest.

Following in the footsteps of these famous explorers, Boubli plans to study whether natural hybridization occurs between the two species of pygmy marmoset at the headwaters of rivers in the Amazon. In theory, two species can only be classed as distinct if they have lost the ability to interbreed and create fertile offspring. But these biological limits are not always so rigid in nature. Several scientists have reported that in some areas there are marmosets with bicolor bellies, a mixture of yellow and white. If these reports are true, new studies will need to determine whether they represent a third Cebuella species or they are simply the result of natural crossbreeding between the two known species.