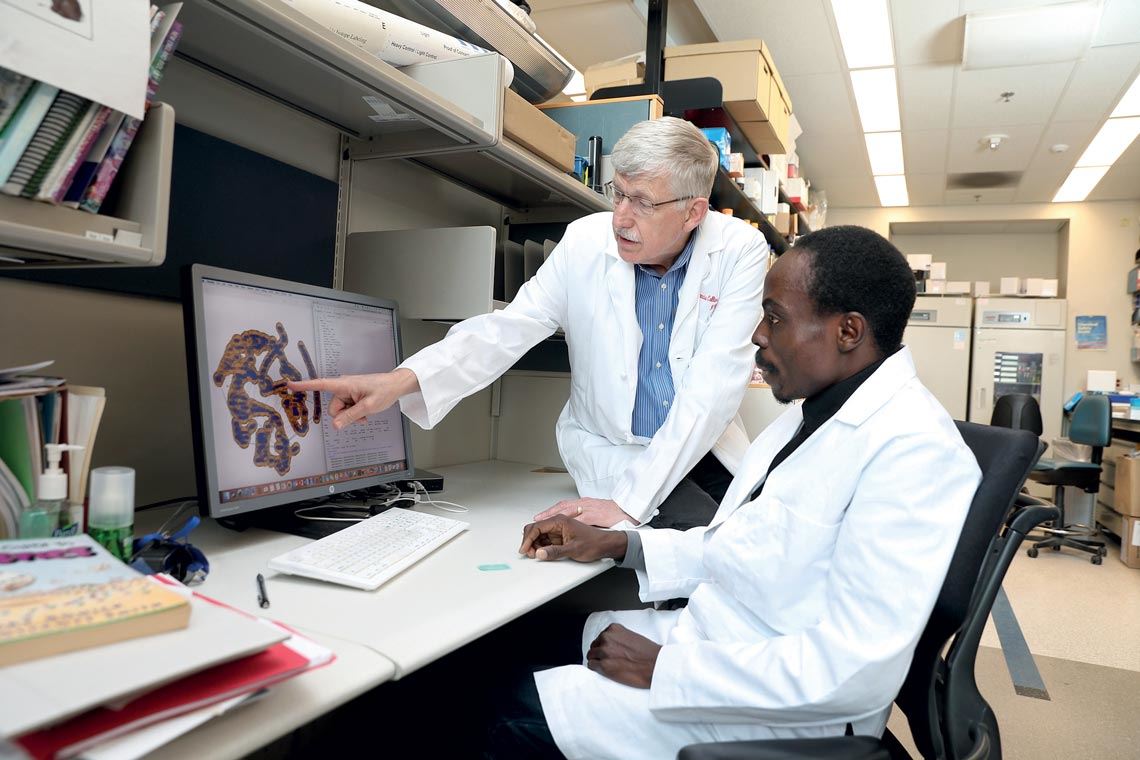 Francis Collins and Nigerian biochemist Idowu Aimola, doing his postdoc at the NIH, in 2019

In a commentary published in the journal Cell on June 10, Francis Collins, director of the US National Institutes of Health (NIH) introduced UNITE, a program launched in February to combat structural racism and increase diversity, equity, and inclusion across the institution’s 27 institutes and centers. In response to criticism earlier in the year, Collins recognized that certain pressing issues needed to be addressed, including: the failure to acknowledge reports of racism in the workplace; to attract, retain, and promote to the highest levels scientists from underrepresented racial and ethnic groups; and the underfunding of research on minorities and inequalities in health. The first measures include asking the public and interested organizations for their input and creating funding opportunities to address the impact of structural racism and discrimination on the health of minorities. “Our commitment should be measured not just by our words but by our actions,” Collins wrote in the commentary. At the beginning of the month, The Journal of the American Medical Association (Jama) changed its editorial board after one of the editors played down the impact of racism on the success of black people and other minorities in a podcast.