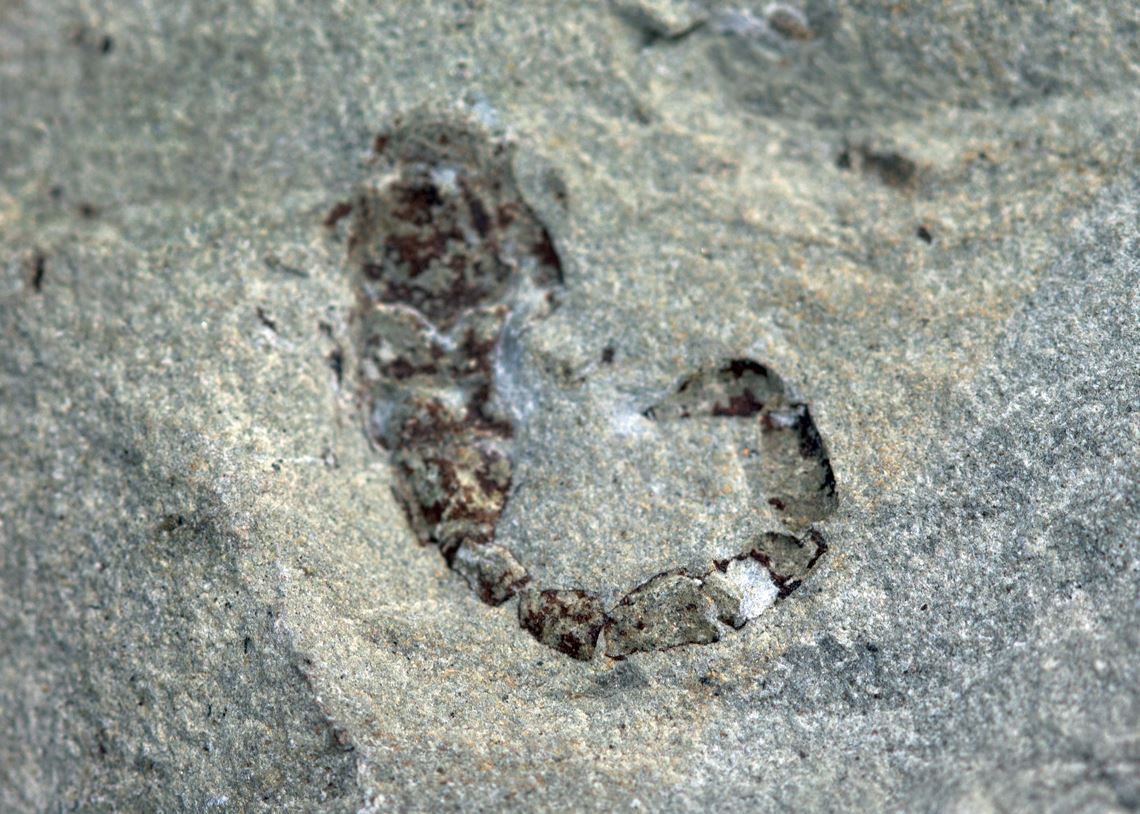 Fossil of the new species, Suraju itaym, which measured just 4 centimeters in length

On her way to collect samples in the state of Santa Catarina in 2005, paleontologist Frésia Ricardi Branco stopped her car at the side of the BR 280 highway, on the outskirts of Canoinhas near the border with the state of Paraná, to look for evidence of an extinct species of conifer commonly found in the region: Krauselcladus canoinhensis. A specialist in plant fossils, the professor from the Institute of Geosciences (IG) at the University of Campinas (UNICAMP) had been told by a colleague to search the outcrops near the side of the road, where it would be fairly easy to find traces of the old pine tree. Branco was traveling with two master’s students she is supervising who are studying the extinct coniferous species. “We soon found the fossils and took as much as we could fit into our already packed car,” recalls the paleobotanist.

Back at UNICAMP a week later, while examining the samples collected during the trip, one of the students was surprised to notice a fossil of a tiny scorpion whose lower body had been preserved in the rock. The flat impression of the arthropod, however, would remain in the IG archives for 10 years before it was properly studied. In 2015, biologist and paleoartist Ariel Milani Martine began to analyze the scorpion sample as part of his PhD on descriptions and reconstructions of Brazilian arachnid fossils, supervised by Branco. Now, five years later, Martine has published a scientific article in the Journal of South American Earth Sciences with a description of the specimen, which was no more than 4 centimeters long. It is a new species of scorpion, named Suraju itayma, which lived between 270 million and 260 million years ago, near the end of the Paleozoic geological era. “It is the oldest scorpion fossil ever discovered in South America,” says Martine, now a professor at the State University of Northern Paraná (UENP), who also drew an artistic reproduction of the arthropod.

Suraju is what the Tupi indigenous people called scorpions. The term itá means stone and yma refers to the distant past. Put together, the scientific name of the new species means “scorpion from an ancient rock.” One of its most interesting characteristics is its tiny stinger, which is just 0.2 millimeters long. “This specimen has the smallest stinger of all scorpion species, living or extinct,” says Martine. The almost imperceptible size of the structure could tell us something about the animal’s behavior, according to the researchers. Perhaps the scorpion had no need to poison its prey, which would be much smaller than itself. Another hypothesis is that its pedipalps, the pair of articulated appendages protruding from the mouth and used to trap larger animals, were big enough to kill its prey alone. We will probably never know for sure, because the pedipalps were not preserved in the fossil collected in Santa Catarina. 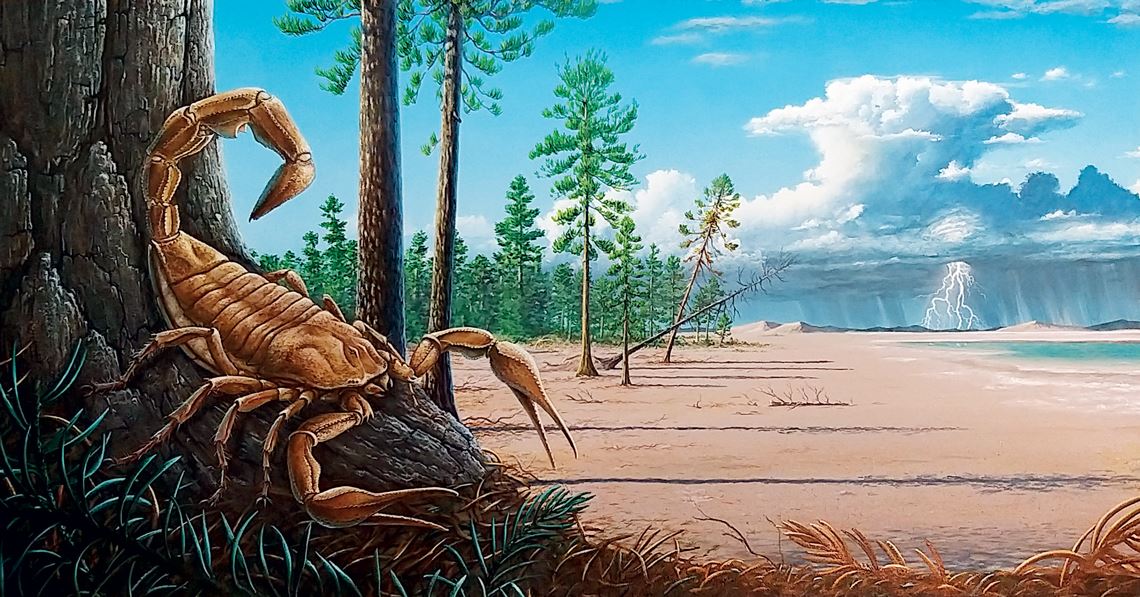 The anatomical evidence suggests the new species lived on dry land. It has structures called respiratory stigmas—holes through which air enters, an adaptation to life outside water—similar to present-day scorpions. The group’s environmental adaptation is the subject of scientific debate. Some studies support the theory that scorpions first emerged in the oceans and then migrated to dry land. Others propose that they originated in freshwater environments. “All arthropods had the characteristics needed to do well on land, as this new fossil demonstrates,” explains Branco. “They didn’t have to frequently eat or drink water and their exoskeletons preserved moisture and protected them from the sun. Their entire body structure made them adept at climbing up and down rocks, which is ideal for living in an environment that is very unstable, unlike the aquatic environment.” And food sources were plentiful on land—they ate other smaller arthropods.

Paleontological evidence of scorpions, a group that probably emerged about 430 million years ago in the northern hemisphere, is rare. In Brazil, in addition to S. itayma, traces of these arthropods have been found in rocks from the end of the Cretaceous period in the Bauru basin, in the southeast of the country, and two extinct species from the same geological period were found in the Araripe basin, in the northeast. The ages of these fossils range from 130 million to 100 million years, much younger than the scorpion from Canoinhas, which is only the second Paleozoic (541 million to 245 million years ago) specimen found in the southern hemisphere. The first, called Gondwanascorpio emzantsiensis, lived about 360 million years ago and was discovered in South Africa in 2013. It is considered the oldest land animal to have lived on the ancient southern supercontinent known as Gondwana.

At that time, all the land on Earth was united in a single supercontinent called Pangea. The northern half is called Laurasia and had a dry climate. Gondwana was more humid, and included what is now South America, Africa, Oceania, and Antarctica, among other smaller areas. “Most scorpion fossils were discovered in the northern hemisphere, in areas that were part of Laurasia,” says paleontologist Rob Gess, from the University of the Witwatersrand in Johannesburg, South Africa, who described G. emzantsiensis. According to the researcher, discoveries like the one made in Brazil may indicate that important phases in the evolution of scorpions also occurred in Gondwana. “It is particularly interesting that this new species has many similarities to its Laurasian contemporaries. This leads us to think that new lines of the group may have migrated from Gondwana,” says Gess.