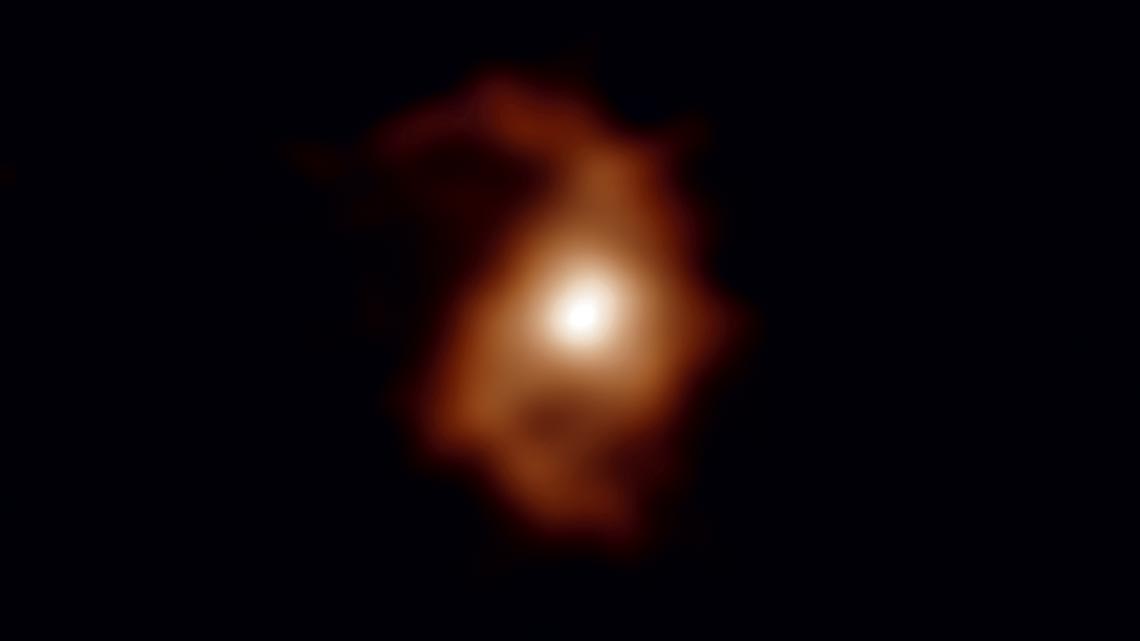 Astrophysicists have identified the oldest spiral galaxy ever observed. It is 12.4 billion years old (Science, May 20). About 70% of the galaxies in the universe are spirals, including the Milky Way, which is home to our solar system. That figure, however, drops dramatically as you look further away and further into the past. Galaxies more than 12 billion light-years from Earth often look like shapeless clouds of dust, gas, and stars. One of these far-flung galaxies, however, caught the attention of Satoru Iguchi at Japan’s National Astronomical Observatory and his graduate student Takafumi Tsukui. Known by the acronym BRI 1335-0417, the galaxy was observed by the ALMA radio telescope network situated in the Atacama Desert, Chile. In the images, the scientists saw two spiral arms sprouting from a bulge—the central region of the galaxy where most of its mass is concentrated. These arms, which are typical of spiral galaxies, were formed just 1.4 billion years after the universe began.