Light in flight, diverse in shape and size, and often attractively colored, butterflies are a rare exception among insects, inspiring wonder instead of revulsion—except, of course, for those who suffer from lepidopterophobia (a fear of butterflies). Biologists admire them for a variety of reasons. Butterflies stand out on the landscape, are easy to capture, and can serve as indicators of how healthy an environment is. They have been the subject of many evolutionary studies attempting to unravel how they came to diversify so widely—there are almost 19,000 species alive today—and which environmental factors may have influenced the emergence of new species of these insects, as well as the plants and animals with which they interact. Scientists have been trying to establish when butterflies first emerged for almost a century.

Only recently have experts from Brazil and other countries begun to arrive at a more accurate estimate. The first butterflies, which may have been more similar to moths at the time, probably appeared between 120 million and 100 million years ago. The most recent study to establish a definitive timeline for their origin was published in Systematic Biology in January this year, by a research group that includes Brazilian entomologist André Lucci Freitas, from the University of Campinas (UNICAMP).

The researchers arrived at an estimated date of 107.6 million years, but with a large margin of error (estimating a range from 130 million to 90 million years ago), which is common in phylogeny studies of this group of insects.

“One problem is that there are almost no fossils of butterflies in good enough condition to determine their age, which would help to indicate a minimum date of origin and serve as a genealogy reference point,” explains Freitas. The reason such fossils are so scarce is that they only form under very particular conditions: the butterfly has to be trapped in the resin of a tree or die on muddy terrain that is covered by sediment shortly after, preserving the body or an impression of it. 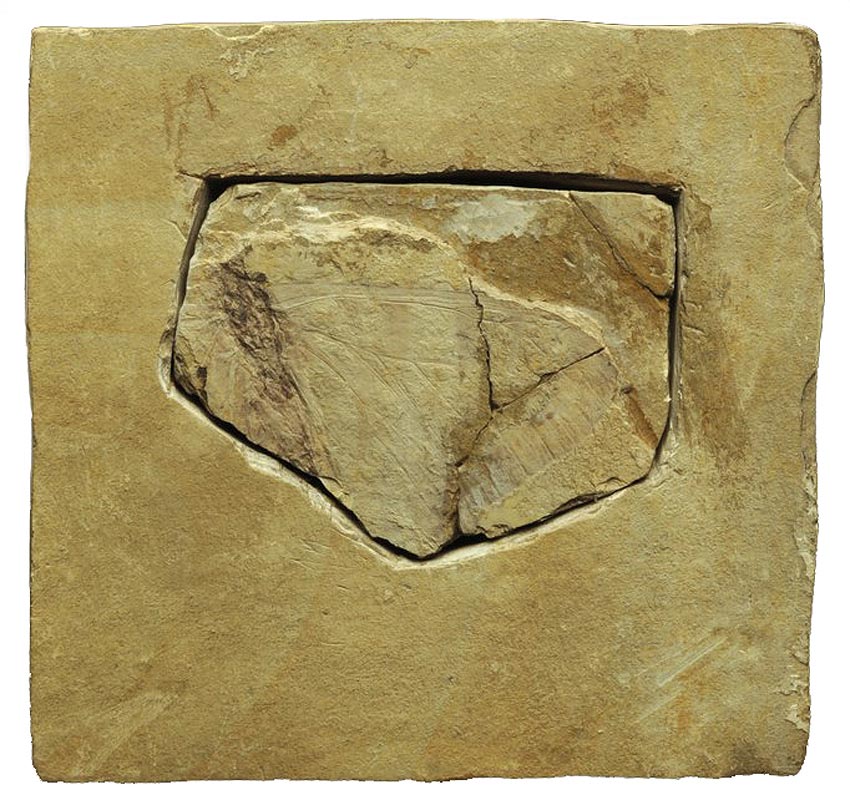 Doritites bosniackii fossil used in the study and stored at the Natural History Museum in Vienna, AustriaAndreas Kroh / Wikimedia Commons

Constructing an evolutionary tree all the way back to the first species of a group of plants or animals is a complex journey into the past. It starts with the current species, grouping them successively according to similarities in genetics and physical appearance. The logic behind the approach is that the more similar two species are, the more closely they are related. According to Freitas, it took 15 years of work to gather the data presented in the Systematic Biology article. The researchers examined the anatomical characteristics of 994 living butterfly species (nearly 5% of the total) and used the accumulated mutation rate in 10 genes to group them into 39 subfamilies and then into 7 families. Known as a molecular clock, the technique is not 100% accurate. Because the mutation rate can vary widely as species become closer, the researchers used the ages of fossils as an external reference to calibrate the molecular clock whenever possible, ensuring that the genetic information reflected reality.

Entomologist Rienk de Jong, from the Naturalis Biodiversity Center in Leiden, Netherlands, examined the 49 known butterfly fossils that exist worldwide and was able to identify the family or subfamily to which the 12 best-preserved species belonged, as well as determining their age to a greater degree of certainty. Among the 12 selected for further analysis, the oldest was Protocoeliades kristenseni, found in sediment on an island in Denmark and dated to 55 million years, as described by Jong in 2016. The wings of the fossil are 2.3 centimeters long, and it was found near the emergence point of the Hesperiidae family, which consists of about 3,500 species of butterflies with large bodies and small hooks on the end of their antenna. Another closely analyzed fossil was Neorinella garcie, a butterfly that lived between 28 million and 23 million years ago. Found in Taubaté, in the state of São Paulo, it was first described in 1993 by paleoentomologist Rafael Martins Neto and his colleagues. The species was slightly larger than P. kristenseni, with a light stripe and an eye-shaped pattern on the forewings.

Recently, a team led by entomologist Marianne Espeland, from the Alexander Koenig Zoological Research Museum in Germany, analyzed about 350 genetic markers of 207 butterfly species. Published in the journal Current Biology in 2018, the results dated the origin of butterflies to 119 million years ago. “The differences between this study and ours are not huge, but they are difficult to compare since we used fewer molecular markers and more species,” says Jong, coauthor of the Systematic Biology paper. What is important, according to Jong, is that both studies support the phylogenetic tree proposed in 2012 by Maria Heikkilä, from the University of Helsinki in Finland, and Niklas Wahlberg, from Lund University in Sweden. “This suggests that we are getting close to the truth,” he says.

Together, the studies indicate that butterflies arose in the Mid-Cretaceous, a geological period that lasted from 145 million to 66 million years ago. It was during this phase of Earth’s history that some of the supercontinents began to separate and plants with flowers began to diversify. Dinosaurs and pterosaurs dominated the land and the skies. Of the 39 current butterfly subfamilies, eight survived the mass extinction of the late Cretaceous—the same event that wiped out the dinosaurs. The rest appeared later, between 65 million and 50 million years ago. “Research like this is fundamental to understanding how the species have diverged over time,” says entomologist Karina Silva-Brandão, from the Federal University of ABC (UFABC), who studies the diversification of butterflies. “The dates presented will be used in further studies to understand the causes of speciation.”