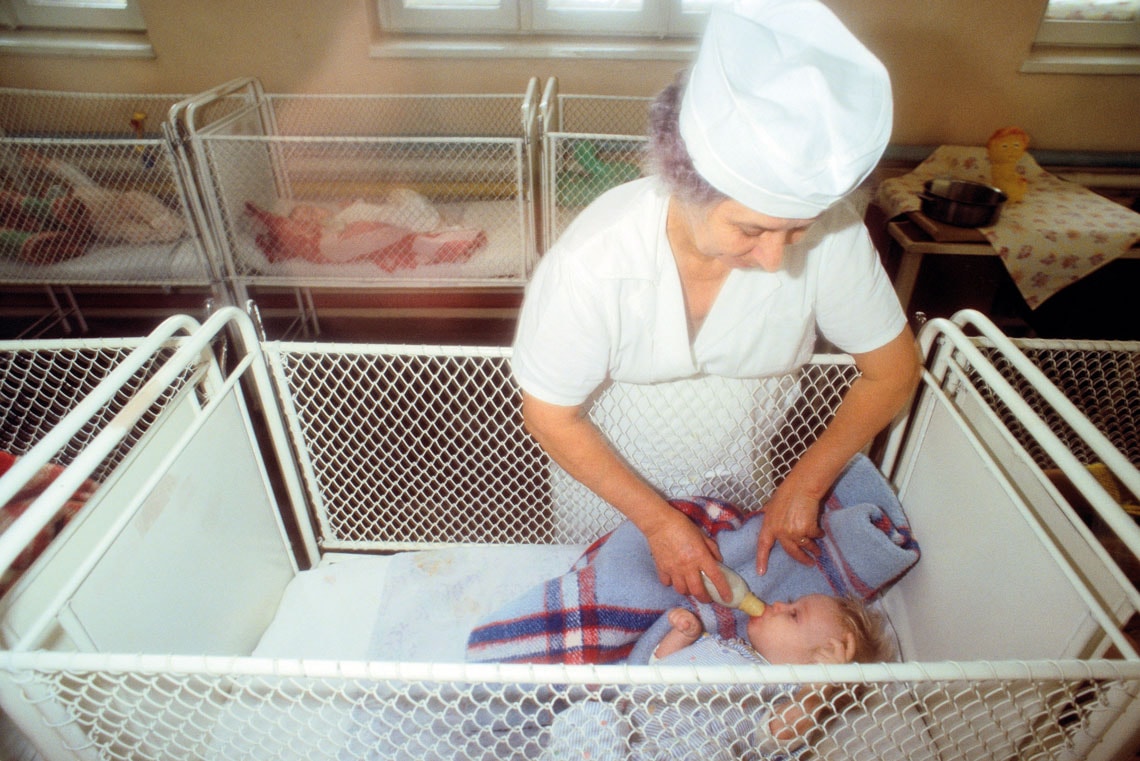 A baby and caregiver in a Romanian orphanage in 1989

Adults who were deprived of food and social contact in their early years have smaller brains, according to a study that analyzed MRI images of two groups of young adults who were adopted as children by families in the United Kingdom. Members of the first group were adopted from British orphanages, while those in the second spent an equivalent amount of time in Romanian institutions during the regime of dictator Nicolae Ceaușescu (1918–1989). For years, Ceaușescu’s oppressive policies encouraged couples to have children while prohibiting abortion and the use of contraception. As a result, many children were abandoned in orphanages, where they were mistreated, starved, and given little social contact. Psychologist Edmund Sonuga-Barke and his colleagues from King’s College London analyzed the brains of 67 individuals aged 23 to 28 who spent between 3 and 41 months in Romanian orphanages. They then compared the results to 21 adults born in the UK and adopted before 6 months of age. The brains of the Romanians were, on average, 8.6% smaller (PNAS, January 6). The longer the Romanians stayed in the orphanage, the smaller the volume of certain brain areas, even though they were later adopted by families who treated them well. The researchers see this as evidence that the theory that the brain can recover from injuries or traumatic experiences may not be entirely true.