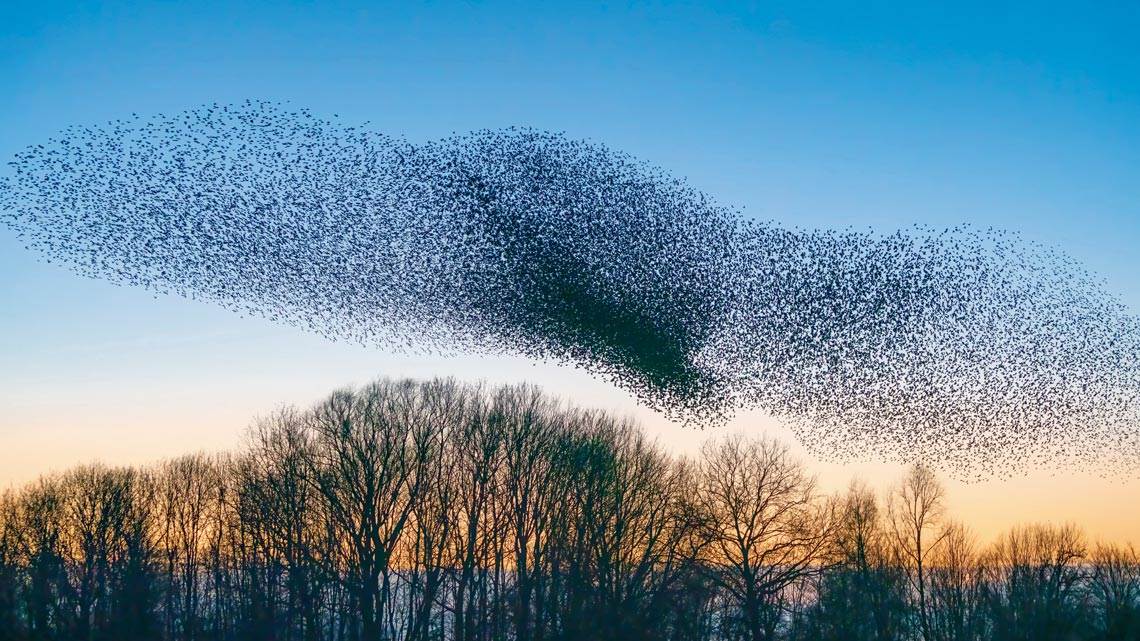 Starlings fly in coordinated movement in the Netherlands

At dusk, thousands of starlings (Sturnus vulgaris) take flight, twisting and turning through the air like a single, malleable organism. The birds frequently change direction and speed, creating enormous shapes in the sky. Masters of coordinated flight, they perform these maneuvers in perfect synchrony without ever colliding, until they identify a place to rest for the night and dive towards the ground. From a distance, this aerial ballet seems like it could be led by one of the birds, or changes in the wind. But a group of researchers from Italy and Argentina led by Antonio Culla, a physicist from the Sapienza University of Rome, has found a different explanation. By analyzing images of starling flocks, they noticed that small speed variations between one bird and another are tolerated, but large differences are quickly corrected. Based on this information, they created a mathematical model capable of reproducing the behavior of these flocks (Nature Communications, May 10). “There is no leader in a flock; everyone imitates its neighbours,” Culla told the BBC. “And each bird is able to change its velocity a little bit in a very easy way.” According to the scientists, the study could be useful for the development of new technologies, such as drone swarms.