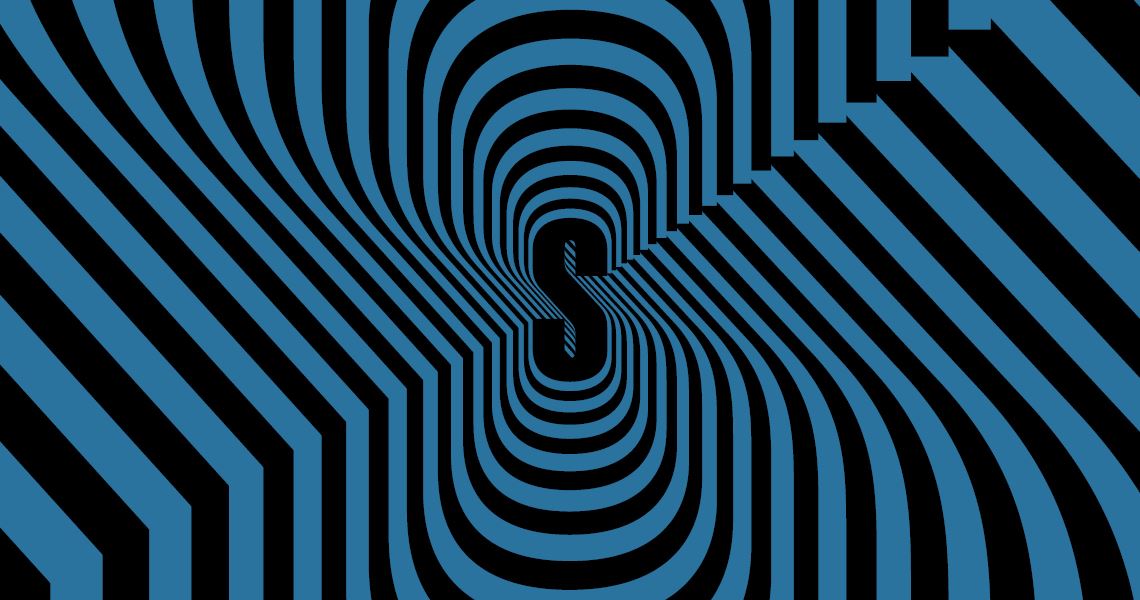 Plan S is an initiative to increase open access to scientific communication created by research funding institutions in 17 countries, mostly in Europe. It came into effect on January 1 with more measured goals than those planned for when it was launched in September 2018. The key concept remains intact: if a research project is funded with public monies—in this case, with resources from one of the participating agencies—its results should be communicated in scientific journals or via internet platforms that can be accessed at no cost. The paths for reaching this goal have become more flexible, with the objective of accommodating the interests of researchers, publishers, and funding bodies.

The joint venture responsible for the plan, cOAlition S, stopped prohibiting traditional business models for journals, such as subscriptions or charging additional taxes for promoting articles via the internet. In the original scope of the plan, only magazines that offer full open access—those that make their content available for free—can be adopted by authors funded by participating agencies, and even sponsor the creation of new journals using this model (see Pesquisa FAPESP issue no. 276).

Researchers complained that the plan would limit their freedom to choose where to publish. There was also intense resistance by publishers and scientific societies that were concerned about losing revenue. Under pressure, the organizers of the plan postponed its implementation from 2020 to 2021 and temporarily suspended a series of restrictions. cOAlition S announced that it would continue allowing for publication in any journal model, even those restricting access to subscribers, provided that the magazine guarantees distribution of one revised copy of the work in an open access repository soon after publication, where it can be consulted with no restrictions.  But the flexibility will only benefit journals that mark the so-called “transformation agreements,” through which they promise to progressively broaden their involvement with open access until reaching 100% of their articles by 2024. In return, they are authorized to maintain the old model for the next four years, thereby receiving money from public agencies to cover the cost of publishing open-access articles.

While Plan S is getting off the ground, it is not yet clear how much change it will produce. During its launch, significant effort was made to achieve the involvement of agencies from other countries and, therefore, increase the power of negotiation for cOAlition S. But the plan continues to be a European strategy that does not involve other continents. In the labyrinth of options for open-access publishing, it is not known which will be chosen. According to Abel Packer, manager of the open-access magazine collection at SciELO Brasil, the future of Plan S depends a lot on the goals and the extent of the transformation agreements that will be signed. For now, other types of agreements are progressing, signed by publishers and countries or universities that are motivated by Plan S, but not associated with the initiative.

Such agreements do not establish changes in the models of the journals that work with subscriptions. One of them, negotiated between publisher Wiley and the platform Jisc Collections, will allow the close to 9,000 articles by authors in the United Kingdom who are published annually in Wiley magazines to have open access in 2022. In Sweden, the agreement between the Bibsam Consortium and Elsevier, in effect since January 1st, gives researchers and students access to more than 2,000 journals of the publisher and allows all articles of Swedish authorship to be published via open access. In exceptional cases, there have been significant advances.

To publish with open access, magazines of the Nature group propose charging authors a fee of €9,500 per article

Publisher Springer Nature announced it has introduced open-access publications. “We are the world’s largest publisher of open-access articles. This is where scientific enterprise will naturally move,” said James Butcher, vice-president of journals, to the magazine Science. Today, the company publishes 600 open-access journals and another 2,200 hybrid models, which charge subscriptions and offer open-access publications to authors who pay a fee. For the group, not participating in the plan would be bad business. In 2017, 35% of published articles in their flagship publication—magazine Nature—were supported by a funding agency associated with Plan S.

But the transition from one model to another also reveals one of the initiative’s key weaknesses: the impact the change will have on publication costs. In November, a group of 32 magazines of the Nature collection presented a strategy for publishing open-access articles based on a charge of €9,500 per article—equal to US$11,500 or R$58,000. It would be the highest amount charged in the market for scientific articles.

It would be introduced experimentally as the lowest cost option for open access. Authors who submit articles to the magazines Nature Genetics, Nature Methods and Nature Physics would pay €4,790 per article if they agree to participate in the so-called “guided revision.” Through this process, if the publishers of the three magazines decide that a manuscript is robust enough to send for revision in pairs, the authors would have to pay an upfront “editorial assessment fee” of €2,190 to cover initial costs, without guarantee of publication. If the article is accepted, they would pay an additional fee of €2,600. If not accepted, the author would still be able to incorporate into their manuscript the revisers’ recommendations. The first draft of Plan S incorporates standardization and a ceiling for the article processing fees (APFs) charged to the authors. The APFs remunerate the publishers, covering editorial and publication costs for the articles, which today range from US$1,500 and US$5,000 per paper. The designers of Plan S have suggested a range of values between US$1,500 and US$3,000 for each APF. In the current version of the plan, it recommends that publishers simply be transparent with respect to their criteria for defining fees.

According to Abel Packer, there are restricted access magazines that would allow for immediate distribution of articles in public repositories—but only if the content were sponsored by a signing agency with Plan S. The other articles would continue to be inaccessible for a waiting period of at least six months. He expects that the competition between magazines will obligate publishers to charge competitive fees. “Perhaps some will reduce the value of their APFs and seek financial stability, increasing the number of articles accepted for publication,” he suggests. “But the tendency is to widen the gap between researchers of wealthy countries––who would have access to high impact journals––and those in poorer countries, or at the beginning of their careers, who would have to find other options,” he explains.

The increase in costs was the reason for losing some Plan S supporters. The European Research Council (ERC), a program of the European Union that supports groups of excellence, announced in July that it would stop funding the plan due to dissatisfaction with the fact that researchers early in their careers, and those from countries outside Europe, would lose the option of publishing their work. 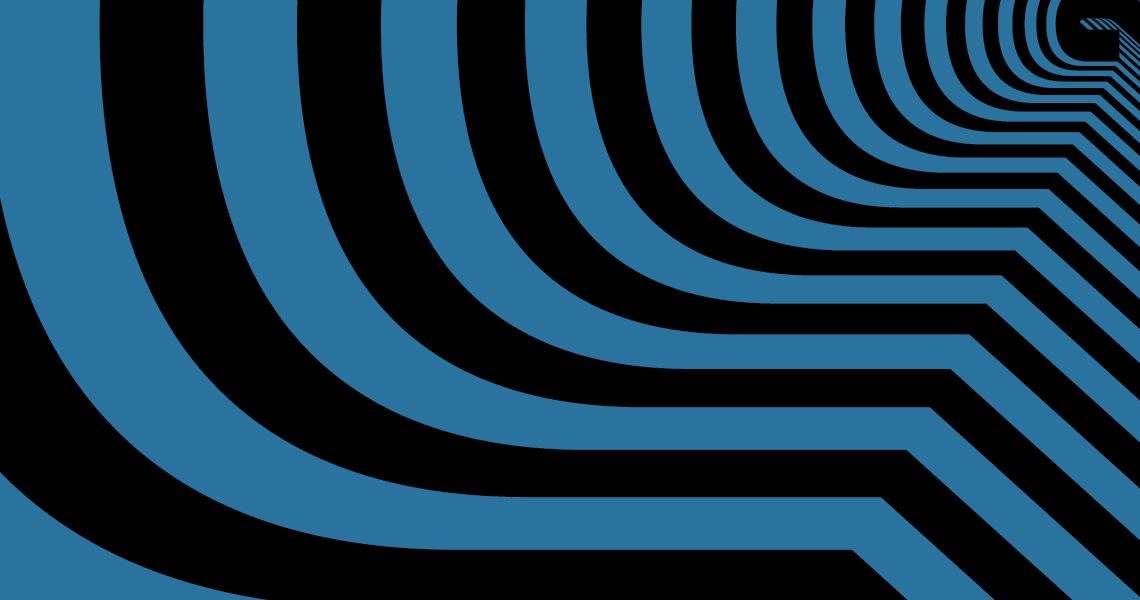 The obstacles of Plan S are mostly attributed to the concerns of funding agencies in various countries regarding upsetting the process for scientific communication by adopting radical changes that disrupt ingrained practices. “There is considerable agreement that the funding costs for scientific publications should not fall to those who read them, but the method for doing this is still under discussion,” explains José Roberto de França Arruda, professor with the Faculty of Mechanical Engineering at the University of Campinas (FEM-UNICAMP) and member of the adjunct panel for Exact Sciences and Engineering at FAPESP. One of the key points of dissension, according to Arruda, involves the definition of how much is reasonable to pay for publishing a paper in an environment where the costs will completely fall to the authors and funding agencies.  “Imagine a research grant in the amount of R$200,000, which results in five scientific articles per year. If each paper costs US$1,500, this would represent a large part of the project’s overall value,” he confirms. “Today, we recommend that researchers foresee how much they will need to publish the results at the time they present their project.”

An additional problem for Brazil is that these growing costs overlap with other investments made in the open-access arena, such as the CAPES Articles Portal, which is funded by the government and gives Brazilian universities access to content from thousands of international scientific magazines. “It is important that resources used today to fund access to subscription magazines be gradually transferred to fund APFs for open-access magazines. There is significant funding and this needs to be considered by the public funding agencies.”

FAPESP strongly supports open access––since 1997, it has funded the SciELO library, which consolidates almost 300 articles with content that is totally accessible via the internet, with the majority not charging publication fees. But the Foundation has avoided adopting highly authoritative models, such as those of the first iteration of Plan S. In February 2019, FAPESP improved its open-access policy for scientific publications, introduced in 2008 and which resulted in the creation of the Scientific Production Repository of the Council of Chancellors for the São Paulo State Universities (CRUESP), filled with articles, theses, dissertations, and other scientific works.

The most recent directives have established that articles resulting, completely or in part, from research funded by the Foundation should be published in magazines that allow for the archiving of a copy of the papers in web-based repositories. The archival of a copy should be done when the paper is approved for publication or with timelines compatible with the restrictions of each magazine––some impose validation periods between six months and one year. Researchers have the freedom to choose the publications to which they want to submit their articles, but the recommendation is that the selection should be based on titles that allow for the deposit of copies in repositories.

Cautious behavior can also be seen in the debates around open access at the Global Research Council (GRC), a forum that brings together funding agencies around the world. For a long time, the organization has promoted the adoption of mechanisms such as the creation of institutional open-access repositories and countries sharing experiences of success. “Since 2013, the GRC has made proclamations about principles and plans of action to motivate the transition to an open-access model that will orient policies for many agencies. But this is not the only reason why a significant number of them have subscribed to Plan S,” notes Euclides de Mesquita Neto, professor at FEM-UNICAMP, member of the adjunct panel for Special Programs and Research Collaborations at FAPESP and one of the three representatives of the Americas at the executive secretariat of the GRC. “I believe that many are waiting to see how the dilemmas will get resolved to improve their strategies.”