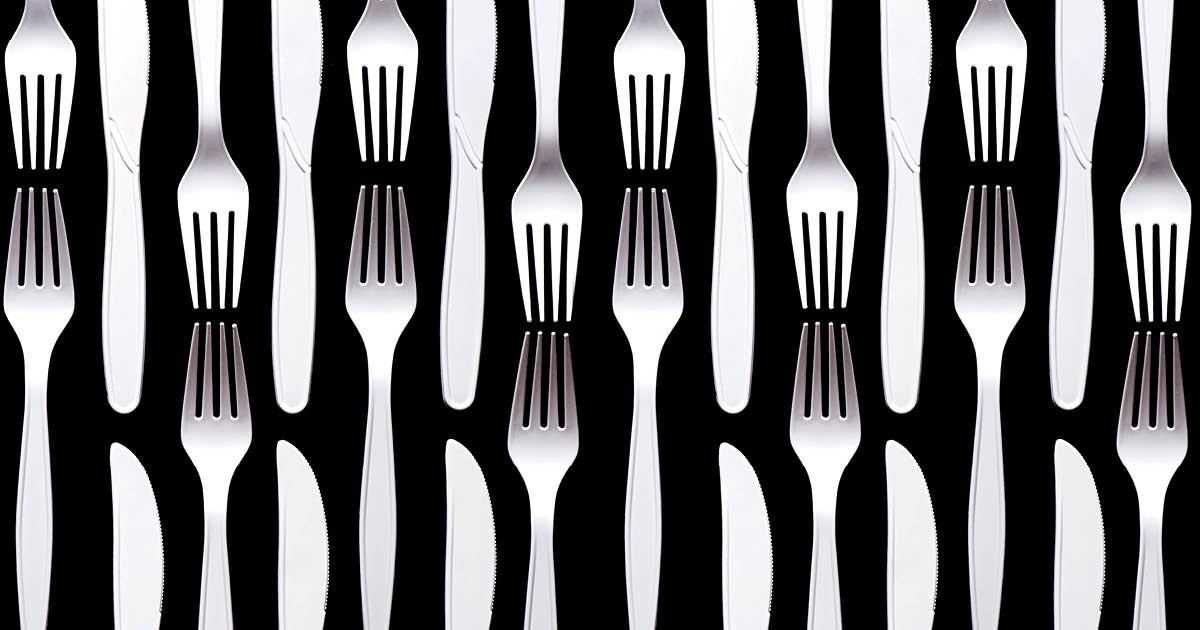 Cutlery made from PLA biopolymer

Amid growing concern about the consequences of plastic pollution, the biopolymer industry is taking the spotlight. Biopolymers are biodegradable or made from renewable materials, such as corn or sugarcane, and their properties and applications are usually similar or identical to those of conventional plastics derived from oil, gas, or coal. Providing an alternative raw material for plastic is becoming increasingly important, with consumers demanding more sustainable products and governments banning the sale of single-use disposable items made of fossil-fuel-based polymers, such as cups, cutlery, bottles, and packaging. These plastics are harmful to the environment because they can take hundreds of years to decompose.

Biopolymers, also called bioplastics, account for less than 1% of the 359 million tons of plastics manufactured worldwide every year, according to the European Bioplastics association, which represents the interests of the industry. Production, however, is growing year on year (see graph). Between 2018 and 2019, global production capacity expanded by 5%, reaching 2.1 million tons. European Bioplastics expects this number to continue to rise, estimating a capacity of 2.4 million tons in 2024.

In Brazil, where 6.6 million tons of plastic was sold in 2018, there are no statistics available on the production or sale of bioplastics. The country, however, is one of the world’s biggest producers of renewable polymers, mostly using sugarcane and ethanol. Braskem, a petrochemical company headquartered in São Paulo, has the capacity to produce 200,000 tons of its “I’m green” polyethylene every year, representing about 10% of global bioplastics manufacturing.

The global numbers are encouraging, but the challenges faced by the sector are enormous. Experts say the technology for manufacturing biopolymer products already exists, but the higher prices of the raw materials, which can cost up to three times as much as those used in conventional plastic, is a major obstacle that needs to be overcome.

“This cost, however, is falling,” says industrial chemist Karina Daruich, CEO of the Brazilian Association of Compostable Biopolymers and Composting (ABICOM). According to Daruich, the industry believes that increases in production will lead to increases in scale, which will reduce the price of biodegradable and compostable biopolymers.

As well as the high cost, there are other issues that bioplastics manufacturers need to overcome, such as the need to alter existing industrial facilities built for the production of conventional polymers, persuading consumers to accept new products, the lack of public policies encouraging sustainable products, and regulatory issues, including those related to certification and final disposal of bioplastics.

There are at least 10 different bioplastic types on the market, the most common being polylactic acid (PLA), polybutylene adipate terephthalate (PBAT), polyethylene terephthalate (PET), polyethylene (PE), and polysuccinate butylene (PBS). “It is a broad family of different materials, with different properties and applications,” says chemist Vânia Zuin of the Department of Chemistry at the Federal University of São Carlos (UFSCar), a visiting professor at the University of York’s Green Chemistry Centre of Excellence in the UK and Leuphana University of Lüneburg in Germany.

Classifying bioplastics
The concept adopted by European Bioplastics for classifying bioplastics, which is followed by most countries, encompasses two aspects: the origin of the material, and its degradation process. A material is considered a bioplastic if it is partially or entirely manufactured from a renewable source, such as corn, sugarcane, cellulose, etc. In these cases, it does not necessarily have to be biodegradable to be considered a biopolymer.

The European organization does not define a minimum percentage of raw material that needs to come from a renewable source for the polymer to be classified as a bioplastic, which can cause confusion if this information is not clear. “When used wrongly, the concept [promoted by European Bioplastics] can encourage consumers to purchase products labeled as bioplastics without being able to verify the amount biological material they actually contain,” points out Zuin. “This is famously known as greenwashing.”

Karina Daruich agrees. “The quantity or percentage of renewable material in the polymer must be specified in relation to the entire product or its weight,” she says. “It is not the minimum quantity that matters, but that it is communicated [to the consumer]. Even if only 5% or 10% of the polymer is from a renewable source, it is already reducing CO2 pollution. It is better than plastic made from 100% fossil sources.”

Braskem’s I’m green polyethylene is an example of a biopolymer made from renewable material, but which is not biodegradable.
The company has more than 150 clients that use the product in packaging, shoes, furniture, and plastic caps. The environment benefits from the reduced amount of greenhouse gases emitted during production of the green plastic, which is recyclable.

To be considered biodegradable, explains Vânia Zuin, a plastic must be capable of undergoing a chemical transformation process in which microorganisms from the environment convert the plastic into nontoxic outputs, such as water or carbon dioxide. In terms of chemical structure, Braskem’s resin is identical to conventional plastic, and can take centuries to decompose. In general, it breaks down into smaller particles, potentially generating microplastics, which pollute rivers and oceans (see Pesquisa FAPESP issue no. 281). 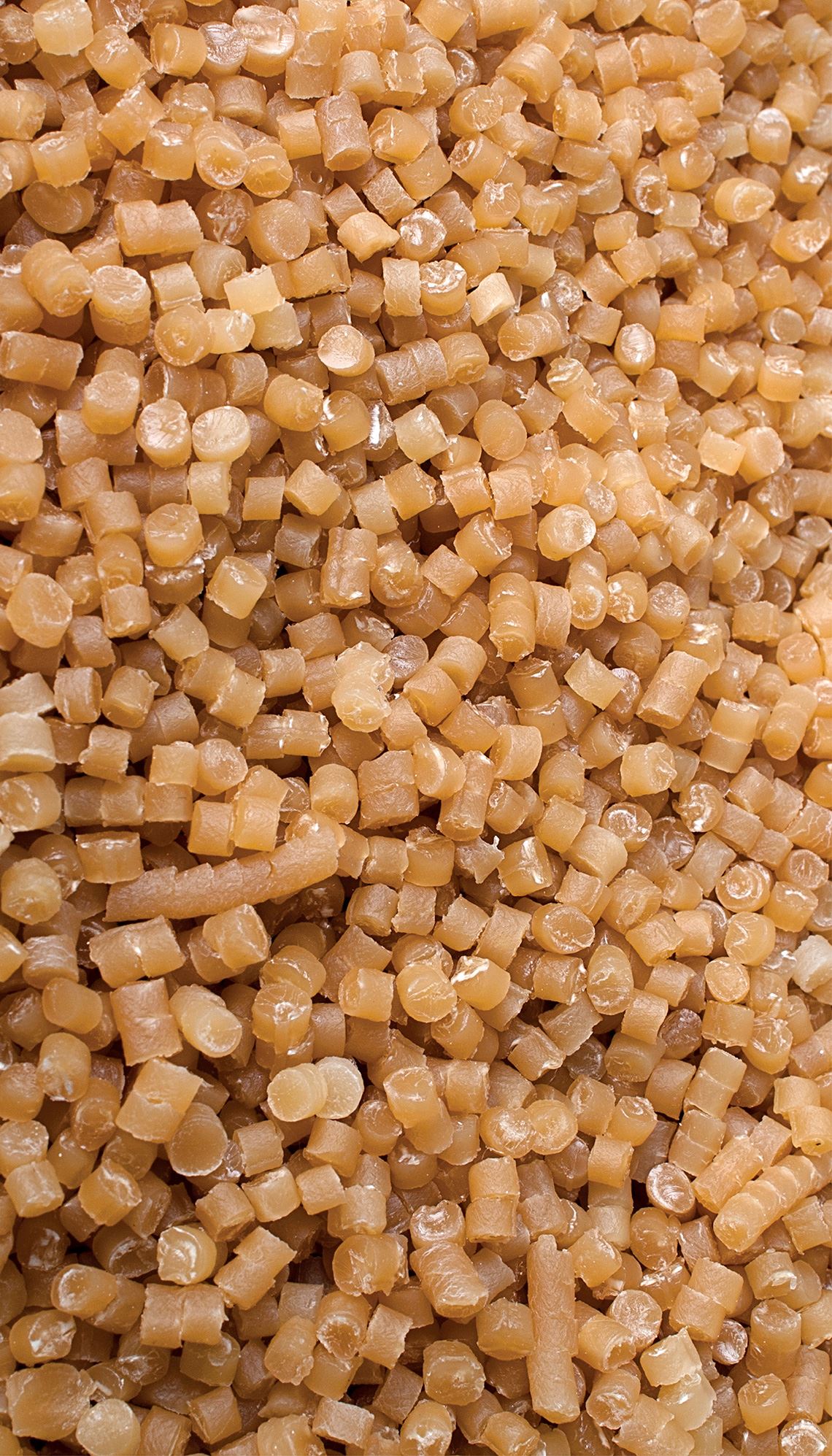 Karina Daruich highlights an important point: even if the material is biodegradable, proper disposal after use is essential. “If bioplastics are sent to landfill, for example, there is no way to guarantee the established degradation time of up to 180 days,” she says. The proper disposal method for biodegradable plastics, explains Daruich, is with biowaste composting plants, which are still limited in number in Brazil.

She points out that in Brazil, there is also a scarcity of companies certifying that certain plastic products are biodegradable. “It doesn’t matter if it’s from a fossil or renewable source; it has to be certified according to the existing rules,” explains the specialist.

There are also materials that are 100% renewable and at the same time, biodegradable. One such example is PLA, which can be made from corn starch or sugarcane. It is used to make bags, cutlery, plates, and filaments for 3D printers. “Recently, the global demand for this material has sharply increased, even leading to shortages on the market,” says Daruich. “PLA is the best-known biopolymer because of its rigidity and because it can be combined with other plastics to form compounds.” However, if it is combined with nonbiodegradable plastics, the resulting compound cannot be classified as biodegradable.

Imported from the USA, PLA represents 60% of the raw material of the approximately 6 tons of 3D printer filaments sold every month by the company 3DProcer, based in Mauá in Greater São Paulo, according to mechatronic engineer Felipe Buzinskas, the company’s CEO. “Our business is still small, but percentage-wise, we are growing quickly,” he says. Buzinskas says that customers are willing to pay up to twice the price for filaments made with the biopolymer than ones made of traditional plastic—less for the ecological appeal than for the ease of printing with the product. “In Brazil, many people have simple 3D printers from China, and they work better with PLA than with conventional plastic.” This is because petroleum-based plastic loses heat very quickly, degrading the filaments used in the Chinese 3D printers.

Another bioplastic produced exclusively from a renewable and biodegradable source is polyhydroxybutyrate (PHB), sold under the brand Biocycle. Manufactured by metabolizing sugarcane with bacteria and transforming it into plastic resin, Biocycle is similar to some traditional polymers, such as polypropylene. It was created by researchers from São Paulo through studies started in the 1990s (see Pesquisa FAPESP issue no. 142), and is patented by PHB Industrial, a company from Serrana, São Paulo State, which produces it to order, on a small scale.

“It is a niche product and it costs more than conventional polymers. Unfortunately, the market has not absorbed this price difference,” says Eduardo Brondi, administrative manager at PHB Industrial. According to him, the production of PHB on an industrial scale is on hold. “We produced one batch for a specific customer, but we are now working on other lines of biotechnology.” 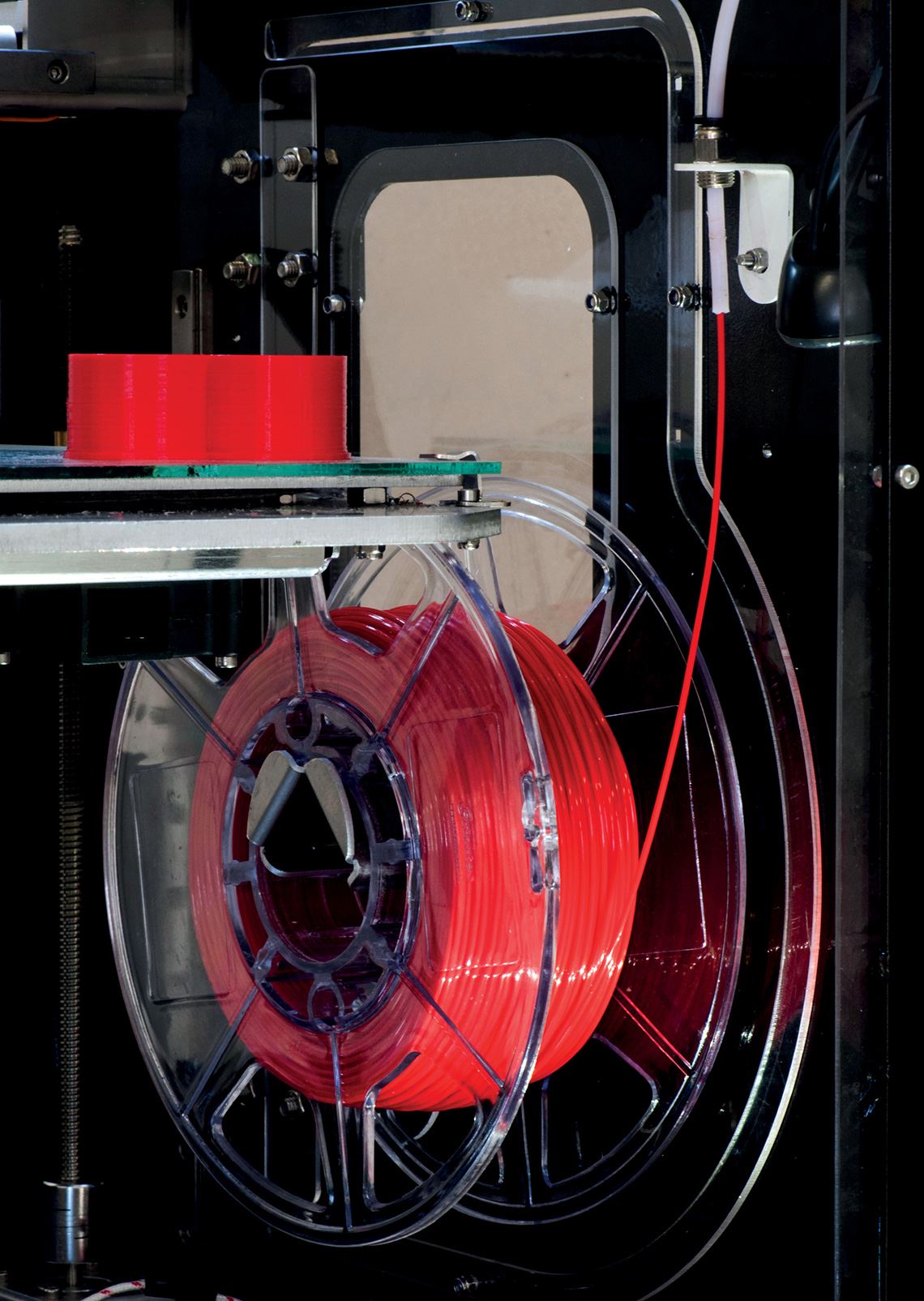 Initiatives such as the recent decision by the São Paulo city government to ban single-use disposable plastics in restaurants, cafeterias, bakeries, and hotels from January 1 of next year could stimulate the production of biodegradable, compostable, or reusable plastics that do not harm the environment. Other places have adopted similar measures. As well as the European Union, which is set to ban disposable plastics from 2021, China has also announced measures to drastically reduce the use of plastic bags in the coming years.

Experts, however, point out that there is no single solution to the problems arising from society’s use of plastics. “It is essential to identify the real purpose of a material and its final disposal. The problem is that despite public policy being central to the issue, if it is established without concrete support for proper waste management, it can give rise to what is now occurring in São Paulo. Some plastic recyclers in the city are inoperative because they are economically unviable,” says Vânia Zuin.

Daruich adds: “There needs to be a complete analysis of the product’s life cycle, assessing not only the impacts on the environment, but also the economic and social impacts throughout its existence, whether it is a single-use plastic or not,” she says. “Responsibility for proper disposal must be shared by the industry, the government, and consumers.”