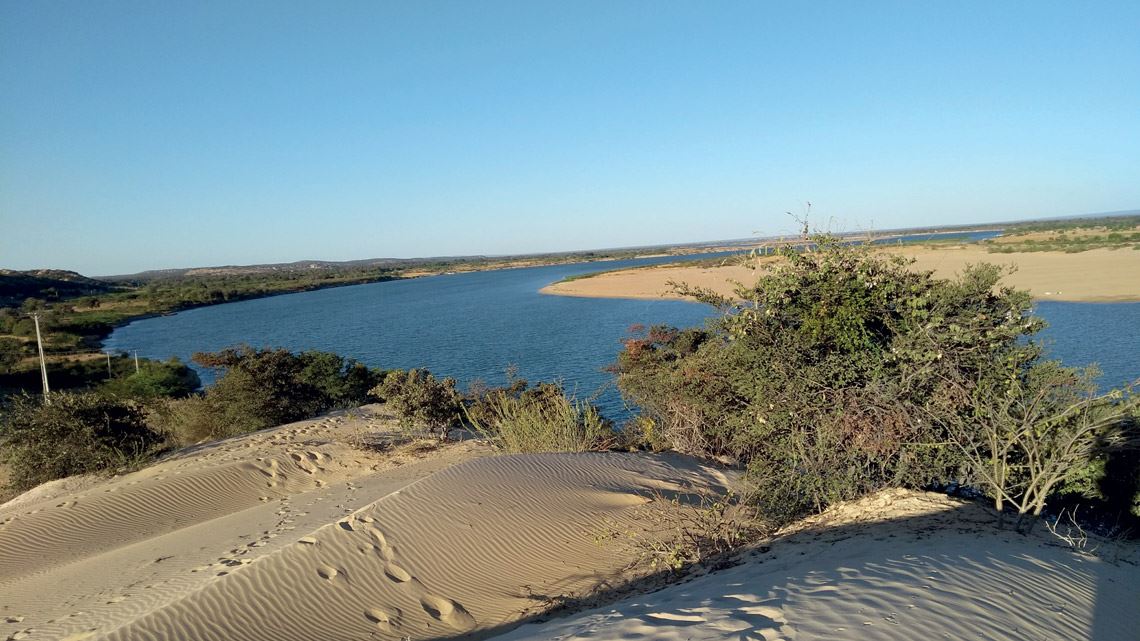 The São Francisco River Valley where the study was carried out

The most recent geological history of a 200-kilometer (km) stretch of the São Francisco River in northern Bahia and one of its most striking natural formations, the Xique-Xique dunes along its banks, demonstrate the transformative capacity of the winds in this semiarid region and the undulating waters of the biggest river in northeastern Brazil. According to a new scientific article, the landscape was shaped by a succession of phases over the last 100,000 years, marked by fluvial deposits (sediments transported to the São Francisco River bed) interspersed with periods of significant erosion. “The way these cycles alternated was probably due to millennial precipitation variations at the sources of the São Francisco, and not specifically to rainfall in this stretch of the river,” explains Patricia Mescolotti, lead author of the paper, published in Quaternary Science Reviews in 2021. The geologist defended her doctoral thesis on the subject last year at São Paulo State University (UNESP), Rio Claro campus.

The headwaters of the São Francisco River are located about 1,500 km from the Xique-Xique dunes, in the upper region of the hydrographic basin in southwest Minas Gerais. From here, the river travels 2,700 km northeast until it flows into the Atlantic Ocean on the border between the states of Sergipe and Alagoas. According to the study, in periods when it rained heavily at the sources, the volume of water passing over the São Francisco River bed increased considerably. Occasional floods of the river led to sediment being deposited, contributing to the formation of the Xique-Xique dunes, which occupy 8,000 square kilometers (km2), an area equivalent to the São Paulo Metropolitan Area.

Major rivers are always created by complex and dynamic processes. Their evolution is linked to local and global forces, such as the movement of tectonic plates and climate and sea level changes. In the middle section of the São Francisco River, which is far from the ocean and almost never subjected to significant earthquakes, historical rainfall changes, even in distant locations, seem to have been decisive in creating the dynamics of sedimentation and erosion. The main climate mechanism that regulates summer precipitation in the Southeast of Brazil and the more southerly areas of the Northeast—where the São Francisco starts, supplying water to lower regions, including the area of the Xique-Xique dunes—is the South Atlantic Convergence Zone (SACZ). This meteorological system is formed by a set of clouds oriented in a northwest-southeast direction that crosses the Brazilian coast between the south of Bahia and São Paulo. As the SACZ moves, rainfall increases and decreases above the São Francisco headwaters in the Southeast. 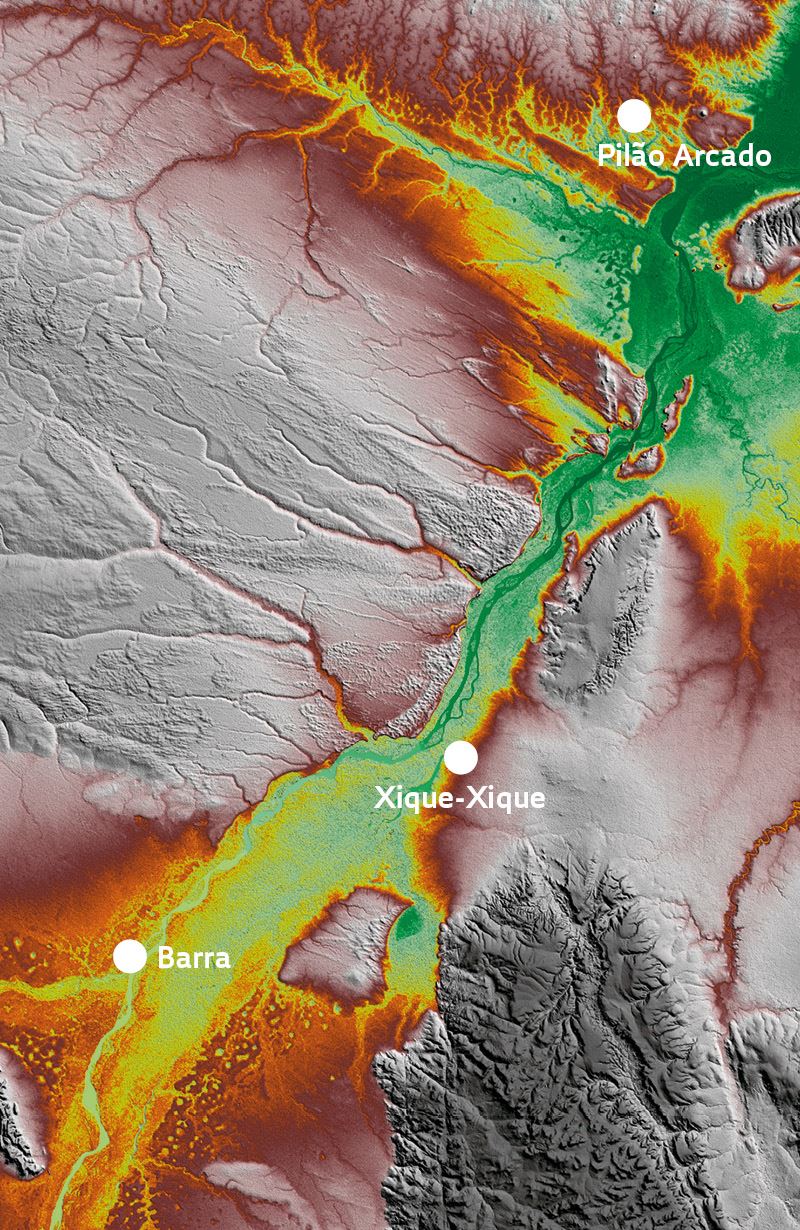 According to UNESP geologist Mário Assine, who is Mescolotti’s advisor and head of the team that carried out the study, the rainfall levels recorded in the Xique-Xique area alone over the last 100,000 years could not explain the features of the river and the dunes. “We couldn’t establish an association between local rainfall patterns and the landscape, so we decided to look at broader climate systems,” says Assine. This is how they discovered the link between greater rainfall in the river’s headwaters due to the SACZ and cycles of sedimentation and erosion in Xique-Xique.

The researchers identified four clear phases of fluvial deposits in the stretch of the São Francisco under study: more than 90,000 years ago; between 65,000 and 39,000 years ago; between 18,000 and 9,500 years ago; and for the last 380 years. Cycles of erosion predominated in three periods: between 85,000 and 65,000 years ago; between 39,000 and 18,000 years; and between 9,500 and 1,000 years ago. They also discovered that the São Francisco River has not always been the same shape. Its bed was once much wider and more meandering. Assine, Mescolotti, and colleagues used a range of analytical tools, such as satellite images and geological samples from field surveys, to figure out how sedimentation and erosion helped shape the landscape of this stretch of the river and its surroundings.

For the first time, sediments from the middle São Francisco River were dated using a modern technique known as optically stimulated luminescence. “In practice, this method tells us the last time a grain of sand ‘saw’ the sun, before it was buried in the dune formation process,” explains Francisco William da Cruz Júnior, a geologist from the University of São Paulo (USP) who did not participate in the study but knows the geomorphology of the region studied and the climate processes that have influenced it over thousands of years.

The dating process suggests that the two events that contributed most to the formation of the dunes occurred much later, between 23,000 and 18,000 years ago and between 15,000 and 10,000 years ago. The sand dunes were consolidated during wetter periods, when there was more vegetation throughout the region. The sedimentary records also indicate that the most recent stabilization process of these sandy formations in northern Bahia began 5,000 years ago and continues to this day. “The Xique-Xique dunes are the largest continental wind field in Brazil,” says Mescolotti. “We therefore wanted to understand how it was formed and how it interacts with the dynamics of the São Francisco River.”