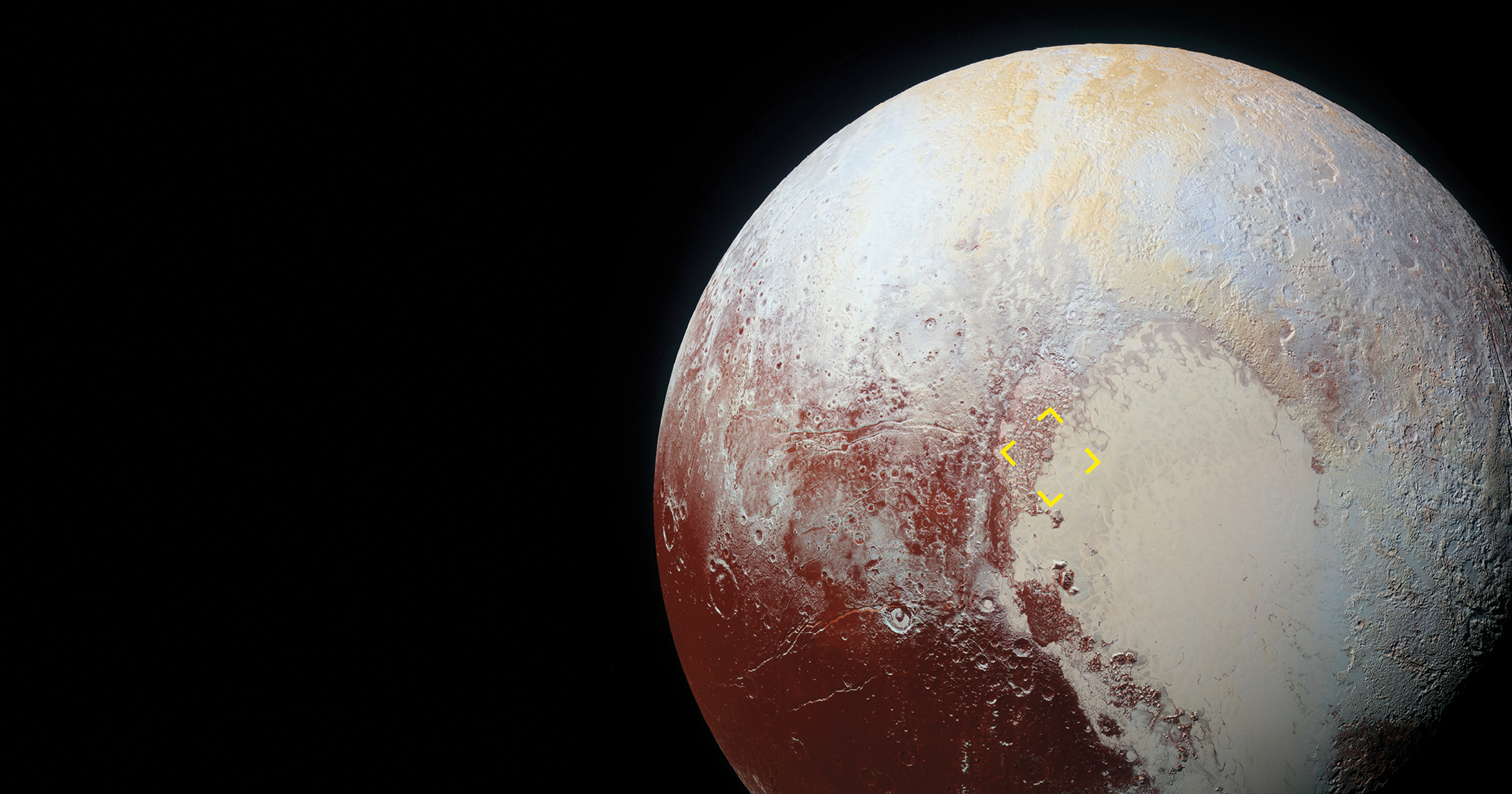 Few researchers imagined dunes would be found on Pluto, the small, dark, icy planet located at the edge of the solar system. But that seems to be the explanation for the parallel lines seen in images of the Sputnik Planitia ice plain captured by NASA’s New Horizons spacecraft in July 2015. The photos were taken during the closest ever approach to Pluto, which scientists reclassified as a “dwarf planet” in 2006. At almost a thousand kilometers (km) long and 800 km wide, Sputnik Planitia is an ice-covered basin that forms the western lobe of Pluto’s “white heart.” At the western border of the ice plain, near the Al-Idrisi Mountains, New Horizons photographed what an international group of researchers believe is a dune field—not made of sand, but of grains of ice, similar to those seen in Antarctica. The problem was explaining how they could have formed. Pluto is thirty times farther from the Sun than Earth, is extremely cold (minus 230 degrees Celsius), has a rarefied atmosphere, and winds there rarely exceed 40 kilometers per hour, which would not be strong enough to lift the fine frozen methane grains from the ground and carry them to the dunes. By analyzing the New Horizons images and the phenomena that cause dunes on other planets in our solar system, an international group of researchers, including Brazilian physicist Eric Parteli, seems to have found the explanation. Microscopic methane grains are released from the ground when the Sun shines on the ice plain, slightly heating the frozen nitrogen and converting the methane directly into a gas (Science, 1 June). The phenomenon, known as sublimation, would provide enough energy to lift the methane grains, which would then be carried by Pluto’s mild winds. “The model is inspired by what we know happens on Mars, where sublimation of ice that covers the dunes lofts grains of sand into the atmosphere,” explains Parteli, a researcher at the University of Cologne, Germany.