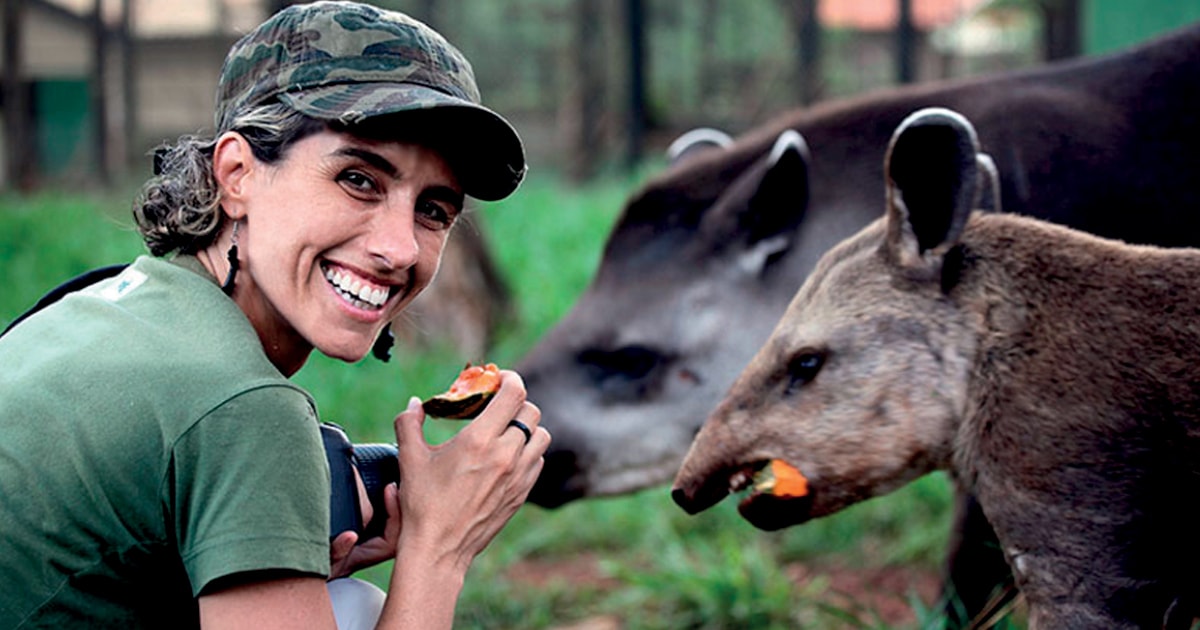 When Patrícia Medici, 47, was studying forest engineering at the University of São Paulo’s Luiz de Queiroz School of Agriculture (ESALQ-USP) in the early 1990s, the Brazilian tapir was listed as an endangered species by the International Union for Conservation of Nature (IUCN), a Swiss-based organization founded in 1948 to examine the impact of human activity on nature, which today supports scientific research and manages environmental conservation projects.

“At that time, the tapir was the subject of very little research. There was no information on their biological characteristics or habits, for example,” recalls Medici. Born in São Caetano do Sul, Greater São Paulo, the scientist began focusing on conservation in 1992. Under the tutorship of researchers Cláudio Pádua and Suzana Pádua, and with seven other students from various institutions, she cofounded the Ecological Research Institute (IPÊ) with the aim of saving endangered species. “We started by studying the black lion tamarin, which was also on the IUCN list,” she remembers.

Prior to researching the tapir for her PhD, which she completed in 2010 at the University of Kent, UK, Medici spent five years observing the mammal at Morro do Diabo State Park in the west of the state of São Paulo. “At the beginning, we didn’t even know how to capture and anaesthetize them,” she recalls.

The tapir is an herbivore and roughly half of its diet is fruit, which it swallows almost whole, allowing the seeds to pass almost intact through its digestive tract. At the end of the process, the seeds are ready to germinate. “Forests without tapirs are generally less diverse. That’s why they are known as gardeners of the forest,” she says. Another distinct feature of these large, robust mammals is that they can cover great distances within their habitat, traveling as far as 15 kilometers in a single day.

Consisting of four different species, tapirs are found in 23 countries across South America, Central America, and Asia. The Brazilian tapir, the largest land mammal in South America, inhabits four of the country’s biomes: the Cerrado, the Atlantic Forest, the Amazon, and the Pantanal. Except for the Pantanal, where there is virtually no risk to the tapir’s survival, it is suffering in the other regions due to hunting, pesticide contamination near agricultural areas, isolation in fragmented forests with little diversity, and collisions with road vehicles.

Since the year 2000, Medici has chaired the Tapir Specialist Group of the IUCN Species Survival Commission, a network of 130 conservationists from around the world. Although she has not yet been able to help remove the tapir from the endangered species list, more than two decades devoted to their study and conservation have earned the researcher nine awards. The most recent, presented in Washington DC in June, was the Buffett Award for Leadership in Conservation. Awarded annually by the National Geographic Society to scientists from Africa and South America, the honor recognizes commitment to wildlife conservation and includes a donation of US$25,000 to each of the winning projects. “I saw the award as an opportunity to publicize our preservation work, which can serve as a model to be adopted by other countries,” she says.