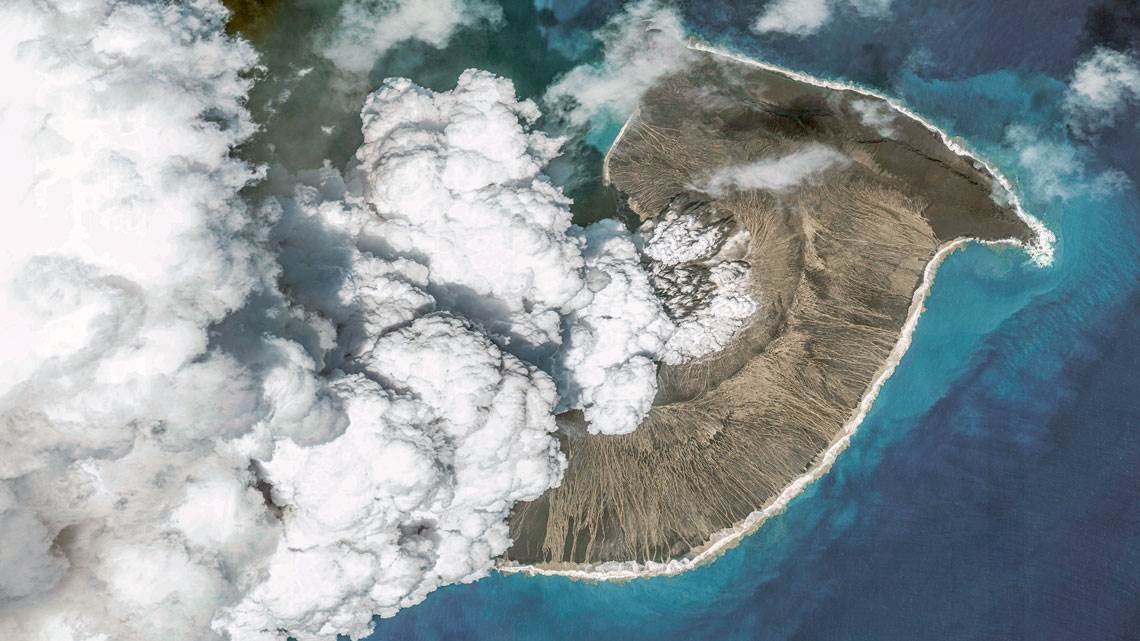 The underwater volcano Hunga Tonga-Hunga Ha’apai, part of the Tonga archipelago in an isolated region of the South Pacific, erupted in January this year, generating a global tsunami. Volcanic explosions accompanied by earthquakes, the expulsion of lava, or caldera collapses often cause tsunamis, but rarely on this scale. The megatsunami generated in Tonga affected countries in Oceania, Asia, and the Americas, causing waves up to 15 meters high in some places. A group of researchers led by Rachid Omira, a geophysicist from the Portuguese Institute for Sea and Atmosphere (IPMA) in Lisbon, has proposed a possible explanation for why the tsunami traveled farther and faster than expected. Using ocean and atmospheric data from around the world, Omira and his colleagues created mathematical models that concluded that the Tonga tsunami may have been amplified by acoustic-gravity waves, a type of sound wave that propagates through certain media. The ejection of gases or lava into the atmosphere at supersonic speeds causes the displacement of so much air that acoustic-gravity waves are generated, resonating and transferring energy to the water and thus amplifying the tsunami. According to the group’s calculations, the Tonga tsunami traveled 1.5 to 2.5 times faster than a tsunami caused by a minor volcanic eruption (Nature, June 13).