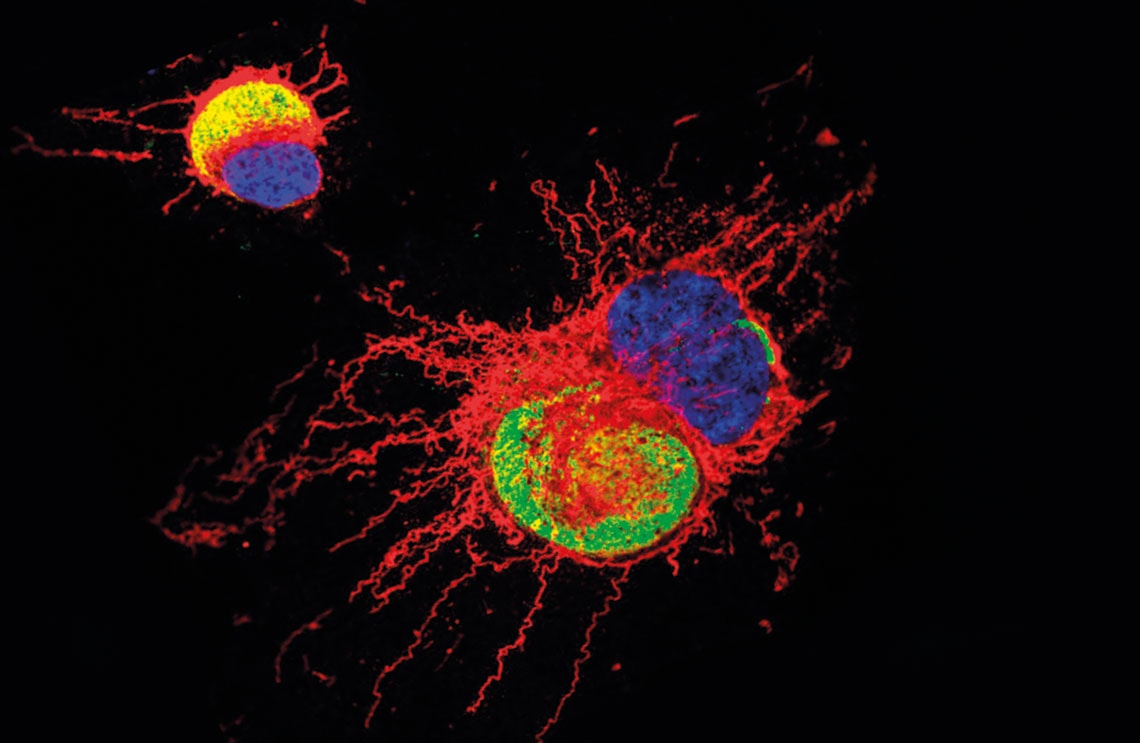 Zika copies (green) inside an astrocyte

First isolated in Africa in 1947, the Zika virus has a predilection for brain cells. Scientists only began investigating this phenomenon, however, during the 2015 and 2016 epidemic, when it was confirmed that the virus can cause microcephaly and brain damage in newborn babies. Initially, it was found that Zika mainly attacks the immature, versatile cells that originate neurons and other brain cells. It was recently discovered that the virus’s preferred target is astrocytes—cells that coordinate the development and defense of the central nervous system. Now, a group led by neuroscientist Stevens Rehen, from the Federal University of Rio de Janeiro (UFRJ) and the D’Or Institute for Research and Education, has described how Zika damages these astrocytes. It takes control of the mitochondria and makes them produce extra energy, which is used for viral replication. This overload damages the mitochondria and increases the production of free radicals, which cause damage to the cell components. In the nucleus, free radicals damage the DNA. Both mitochondria overload and DNA damage lead to cell death. The data further suggest that Zika causes inflammation in astrocytes (Scientific Reports, January 27). “This leads us to think about the possible consequences for fetuses infected during pregnancy, even if they were not born with microcephaly,” says Rehen.