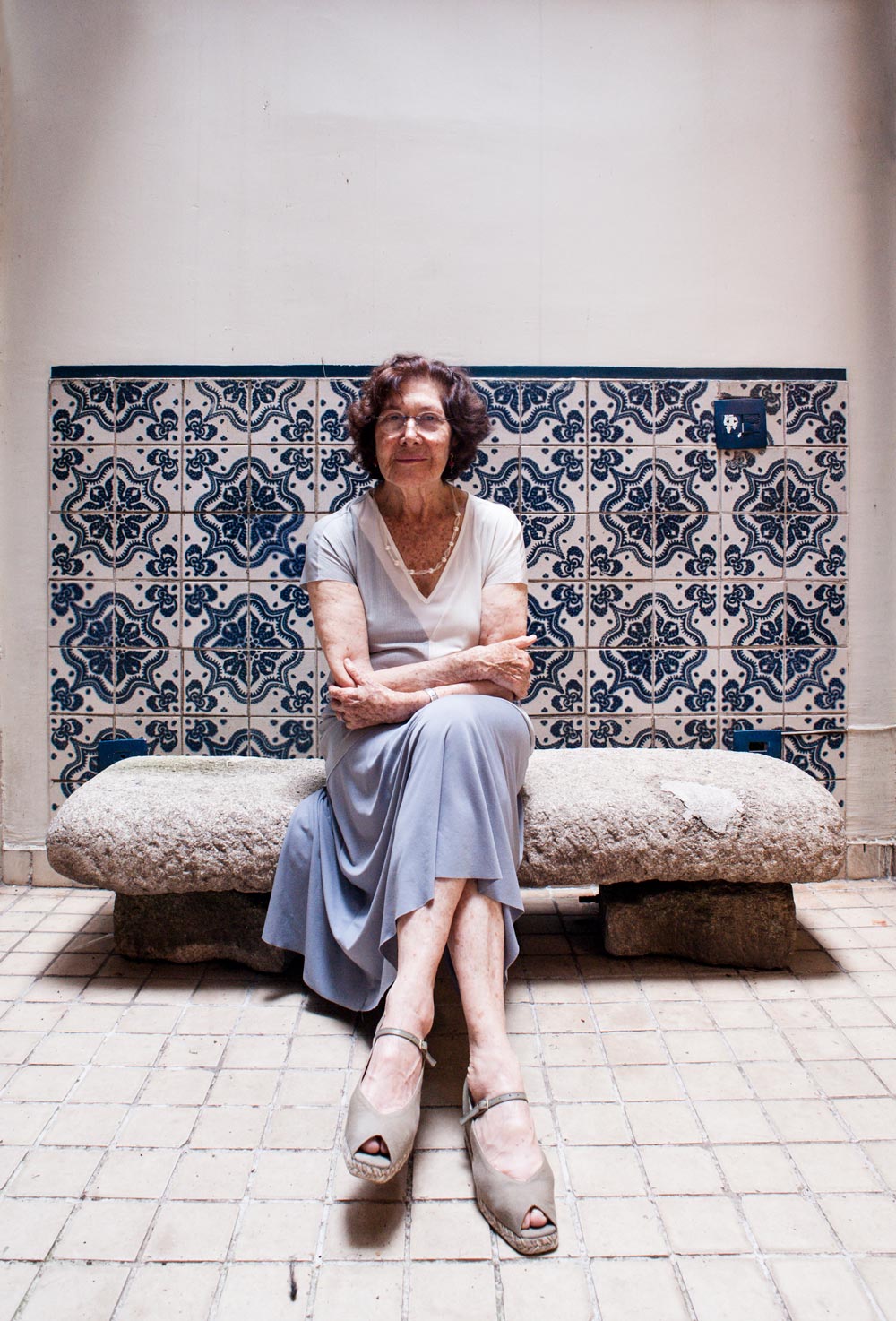 Catalina Pagés was only 23 years old when she left Catalonia in Spain to study English in London, England. She worked in a beauty salon to support her studies. Years later, at the invitation of an aunt who lived in Brazil, she decided to take another bold trip, and in mid-1966, she arrived in Rio de Janeiro. She fell in love with the city and decided to stay. Her first job was as a hairdresser at the Copacabana Palace hotel, one of the most renowned hotels in the country.

Pagés says that before starting at university, she was already interested in psychoanalysis and enjoyed reading the classics of world literature. While working at the hotel, she met Brazilian psychoanalyst Inês Besouchet and they quickly became friends. “She was a regular customer of mine and she was the one who urged me to study philosophy,” she recalls. In 1975, at 37 years old and while still working, she enrolled at the State University of Rio de Janeiro (UERJ).

It was Besouchet who introduced her to American journalist Norman Gall, who in 1987 would create the Fernand Braudel Institute of World Economics in São Paulo. The two eventually married. In the capital of São Paulo, where they lived, Pagés decided to invest in an old dream. “I started self-studying theorists such as Sigmund Freud [1856–1939] and Jean Piaget [1896–1980], then I started taking courses on group and family psychotherapy,” she recalls.

After completing her training in psychoanalysis at the Sedes Sapientiae Institute, she opened a clinic and developed her own therapeutic method based on philosophy and literature. Influenced by her husband, who at the time was researching the issue of violence in Diadema, a municipality in the Metropolitan Region of São Paulo, she decided to introduce her method to high schools in the region. She was convinced that no social transformation is possible without education. “Ignorance is the greatest form of violence,” she says.

The project has grown and transformed into Círculos de Leitura (“Reading Circles”), an initiative that has been implemented by the Fernand Braudel Institute for 18 years, offered to public high-school students from the states of São Paulo, Minas Gerais, Ceará, Rio de Janeiro, and Pernambuco.

The circles are composed of groups of up to 15 people who meet every week to read excerpts from books aloud. “For Plato, potential knowledge exists within us,” Pagés says. “But you have to hear a story in order to recognize yourself in it, and that happens better in groups because we are enlightened by the free association of ideas and opinions,” she explains.

At 80 years old, her reading incorporates not only the knowledge she has acquired as a therapist, but also her memories of when she used to read to patients in a psychiatric hospital.