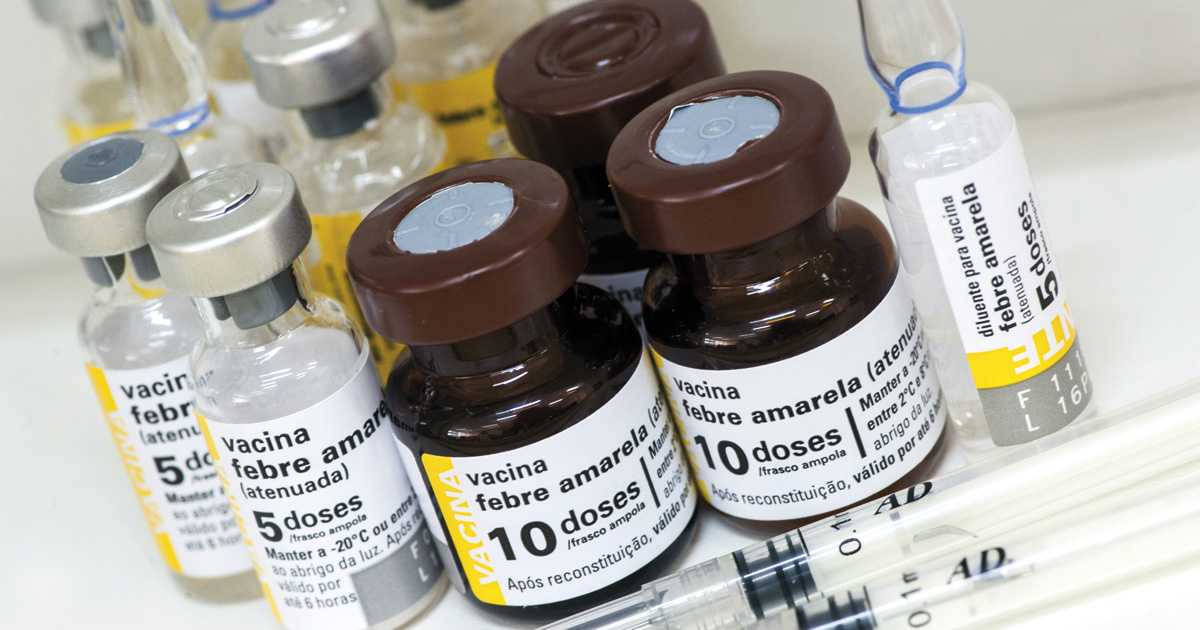 Recent announcements regarding yellow fever have included both good news and bad news. The good news is that a test conducted in the Democratic Republic of Congo showed that a fractional dose of the vaccine, produced at the Bio-Manguinhos Institute of Immunobiological Technology in Rio de Janeiro, stimulates the production of antibodies against the virus at similar levels to a standard dose. The fractional dose is 0.1 milliliters (ml), one-fifth of the amount previously used in vaccination campaigns. Researchers from the USA analyzed blood samples from 716 people vaccinated in Kinshasa in 2016, 705 of whom developed antibodies against the virus (New England Journal of Medicine, February 14). In January, the Brazilian Ministry of Health decided to use a 0.1 ml dose when immunizing 20 million people in São Paulo, Rio de Janeiro, and Bahia in an attempt to contain the current yellow fever epidemic (see Pesquisa FAPESP, issue no. 264). The bad news is that the virus may remain active in the body for longer than previously thought. In a study led by virologists Edison Durigon, Paolo Zanotto, and Danielle Oliveira at the University of São Paulo, researcher Carla Barbosa identified the virus in the urine and semen of a man almost a month after he was infected (Emerging Infectious Diseases, January 1). The result suggests that the transmission period may last longer than previously thought. In further bad news, researchers at the Evandro Chagas Institute in the Brazilian state of Pará reported in February that they had identified the yellow fever virus in specimens of the Aedes albopictus mosquito, collected from rural areas of Minas Gerais State in 2017. It is not known if the species—related to the Aedes aegypti, which commonly transmits the disease in urban environments—is capable of passing the virus on to humans.