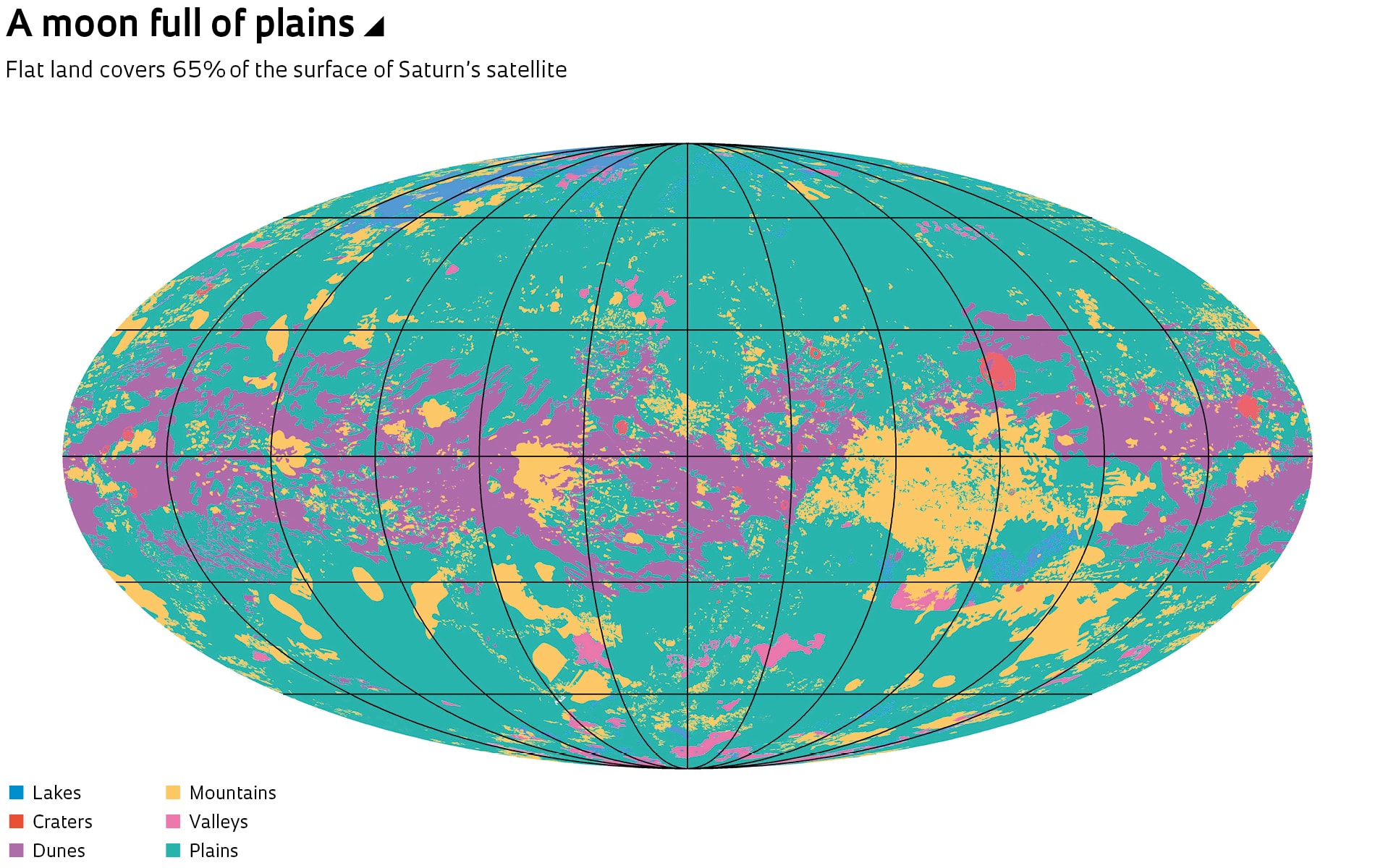 Of all the celestial bodies in our solar system, Titan, Saturn’s largest moon, has the most similar geology to Earth, with plains, dunes, craters, valleys, and mountains. With a dense and nebulous atmosphere rich in nitrogen, just like Earth’s, this natural satellite is the only known object in our system with stable bodies of liquid in its crust: lakes, which instead of water, contain ethane and methane, chemical compounds almost always found in the form of gas on Earth. Using images and data obtained between 2004 and 2017 by the Cassini-Huygens mission, a team led by Brazilian astronomer Rosaly Lopes of NASA’s Jet Propulsion Laboratory produced the first geological map of Titan’s entire surface (Nature Astronomy, November 18). According to the study, almost two-thirds of the moon’s surface (65%) is covered by plains. Sand dunes sculpted by the wind are found mostly near the equator and account for 17%, with mountains covering 14%. Valleys formed by erosion and rain represent 1.5% of Titan, and the methane and ethane lakes, close to the poles, cover 1.5%. “We knew that Titan was very flat, but we did not expect such a large percentage of its surface to be plains,” comments Lopes. “This moon has wind and an active hydrological cycle based on liquid methane, which has helped shape its complex geological landscape.”