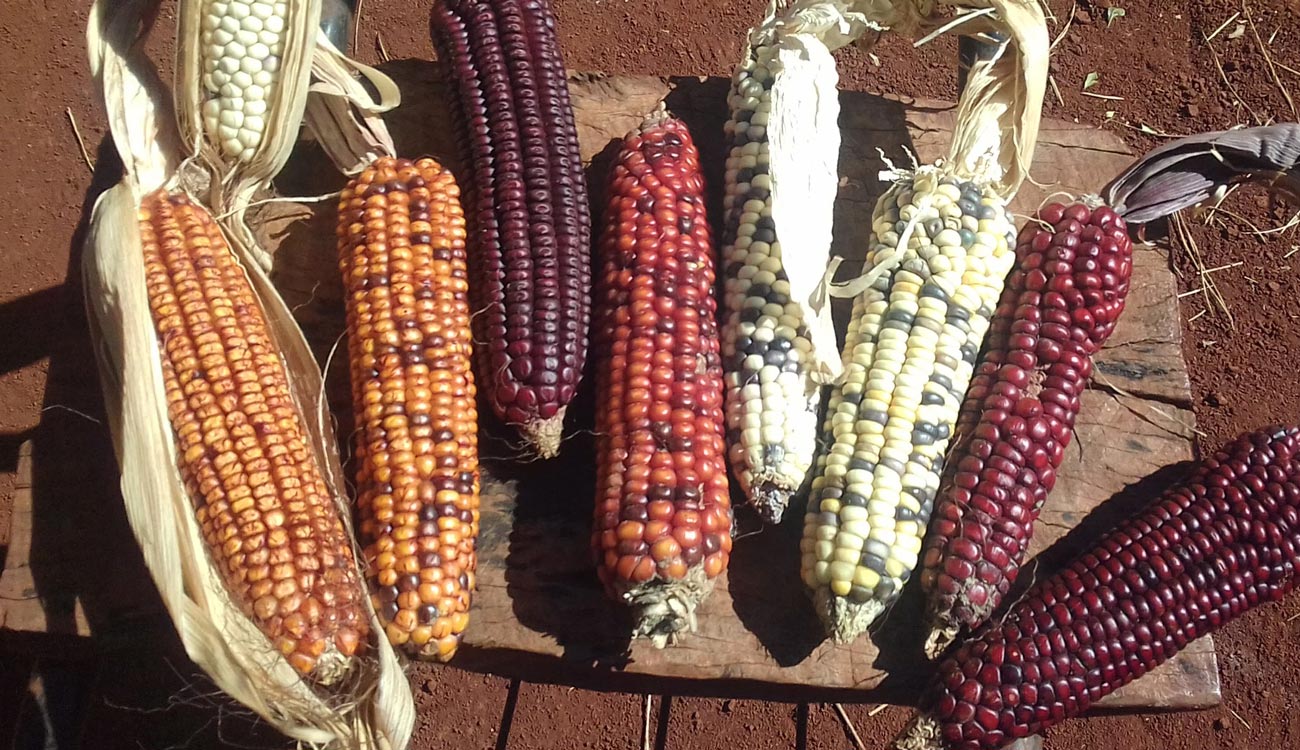 Diversity preserved by the Guarani-Kaiowá, in Mato Grosso do Sul

Spending a whole day without eating maize, even indirectly, is virtually impossible. The cereal accounts for 6% of global calorie intake, not to mention the maize content in processed foods made from maize-fed livestock. Long before the emergence of maize varieties yielding the large, yellow ears of corn we purchase today at street markets and supermarkets, corn’s ancestor was a plant endemic to modern-day Mexico with only a few kernels that easily came loose from the cob, and with a virtually impenetrable casing. In a study published in the December issue of Science, an international group of researchers provides new insight into the 9,000-year history of corn domestication and the prominent role that pre-Columbian Amazonian populations played in domestication.

About 20 years ago, crop scientist Fabio de Oliveira Freitas, who currently works at the Brazilian Agricultural Research Corporation’s (EMBRAPA) Genetic Resource and Biotechnology Center in Brasília, received samples of corn found at archaeological sites in caves in the Peruaçu valley, northern Minas Gerais. “It was clear that about 1,500 years ago this plant was cultivated there on a permanent basis and was used as a burial and ritual offering,” he says. During his doctorate research, he spent a season at the University of Manchester, where he met British plant geneticist Robin Allaby, then a postdoctoral fellow. “Fabio had fantastic samples of landrace and archaeological lowland tropical maize,” Allaby said during a news conference. Currently a professor at the University of Warwick, he coauthored the study with Freitas. “We detected two separate migratory waves toward South America, but we were only able to sequence a very small part of the genome,” the Brazilian scientist recalls.

Teosinte, the wild ancestor of corn, had a tough fruitcase and few kernels, which dropped spontaneously from the cobMatt Lavin/Wikimedia

Successive migrations
With the advent of advanced genomic techniques, they recently decided to revisit the subject and were able to completely sequence archaeological samples from Minas Gerais and Peru and a large variety of samples stored in cold rooms at EMBRAPA. “We have about 5,000 samples collected from all over Brazil,” says Freitas.

Tests revealed genetic markers indicating that the maize populations that arrived in Brazil in the pre-Columbian period were not yet completely domesticated for agriculture and consumption. The process of domestication involves selecting for the best crop traits—fruits, kernels, or leaves—and optimizing crop management so plants can be grown outside their original context. “Humans already used and manipulated the wild form of corn, a grass called teosinte, about 9,000 years ago in Mexico,” says anthropologist Logan Kistler of the Smithsonian Institution, the paper’s lead author. Maize was brought to South America shortly after, where the process of domestication is believed to have continued, but without crop-wild gene flow as occurred in the original domestication center. “It was very similar to Mexican maize, but with distinctive genetic components,” says Freitas. Researchers had already identified the specific genes linked to domestication, such as those that made the kernels cling to the cob rather than scatter on the ground, or that made the husks more malleable and easily removed.

“The human populations of western Amazonia continued the process, well versed as they had become in the domestication of plants,” he explains. By then, indigenous peoples in the Amazon had acquired vast experience in the management and selection of a variety of crop species, including beans, pumpkins, and cassava.

About one thousand years ago, a second migration of a genetically different and fully domesticated plant spread from present-day Mexico to northern Amazonia. “The two waves may have intersected in the north of Minas Gerais,” says Freitas, looking back to the origin of his interest in the field.

Indigenous peoples in the Amazon acquired vast experience in the management and selection of a variety of crop species, including beans and pumpkin

“The history of corn domestication is among the seminal evolutionary events that have had a huge impact on human life and history,” Kistler says. Today, different varieties of the same species have kernels with unique physical properties, some able to burst like popcorn and others not, as physicists from the University of Campinas described in the 1993 issue of Nature. Freitas highlights the importance of the two primary actors in the conservation of this crop in Brazil, according to his research: indigenous peoples, which for millennia have selected and cultivated maize in a careful process of selection and environmental adaptation; and the EMBRAPA seed bank, a strategically essential repository of staple food crops, with a capacity to store 700,000 frozen samples at minus 20 degrees Celsius.