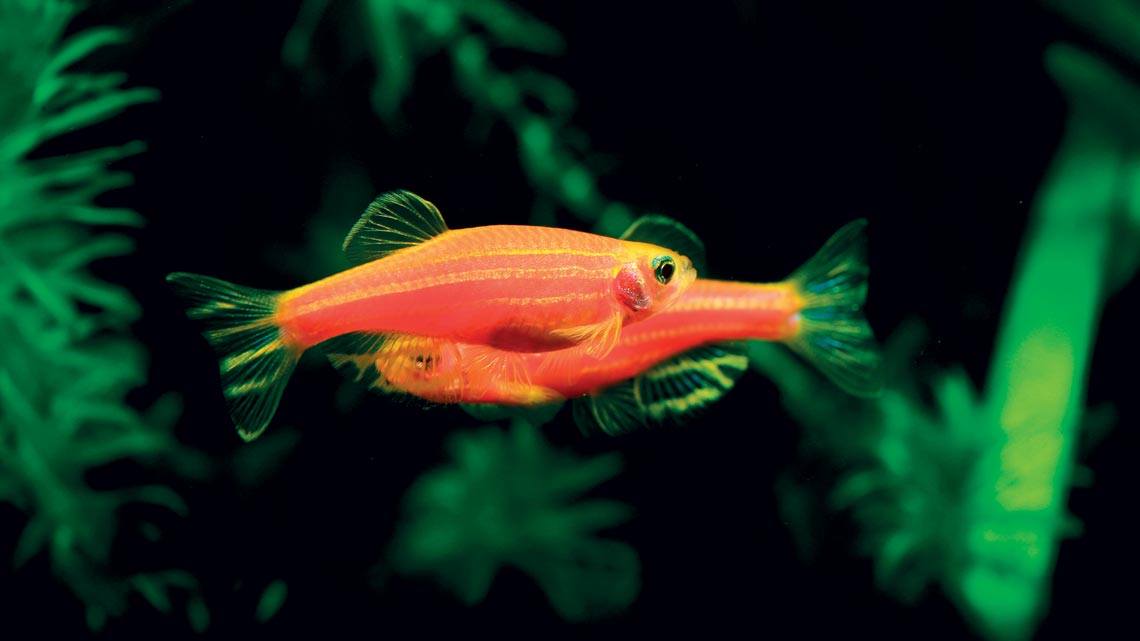 The genetically modified variety comes in different colors, such as red or green

The zebrafish (Danio rerio), a species popular among aquarium lovers and widely used as a model for scientific research, is native to freshwater habitats in Asia. In Brazil it is named after the state of São Paulo (paulistinha) due to its dark-blue and silver stripes, which resemble the state flag (see Pesquisa FAPESP nº. 209). Several overseas companies now sell a genetically modified variant of the species with genes from fluorescent jellyfish and coral that make it glow green, red, orange, and blue—the modified variant has been a big hit with fish collectors. Although imports into Brazil have been banned since 2008, the transgenic zebrafish species can be found in private aquariums and, according to a recent study, even in the wild.

A paper in the February issue of Studies on Neotropical Fauna and Environment reports that over 100 individuals have been found in two headwater creeks in Brazil’s Paraíba do Sul River Basin. Researchers at the Federal University of São João del-Rei (UFSJ), in Minas Gerais, and the Federal University of Sergipe (UFS) sampled five creeks in the municipalities of Vieiras and Muriaé, in 2015, 2017, and 2018. Glow-in-the-dark zebrafish variants were spotted swimming in two creeks—Lopes and Queiroga—near the municipalities of Vieiras and Glória.

“This is a concerning discovery,” says André Magalhães, an ecologist at UFSJ and the lead author of the study. “There’s no telling what effects the proliferation and dietary habits of this transgenic species might have on native fauna.” In Minas Gerais, zebrafish have no natural predators in the locations where they were found, and the insects and zooplankton they feed on are abundant. Water temperatures in these creeks are relatively constant all year round at between 24 °C and 30 °C, allowing the species to reproduce during all seasons.

Magalhães and his colleagues worry that native fish, such as minnows (Deuterodon janeiroensis), which have similar dietary habits, could be at a disadvantage if they have to compete for food with genetically modified zebrafish. “If minnows or any other local species become extinct, this would remove a link in the food chain that could potentially upset the balance of stream ecosystems,” says Magalhães. Although the genetically modified zebrafish are not yet considered an invasive species in the basin, this may soon be the case if nothing is done about them. The fluorescent variant appears to have adapted well to its new habitat. 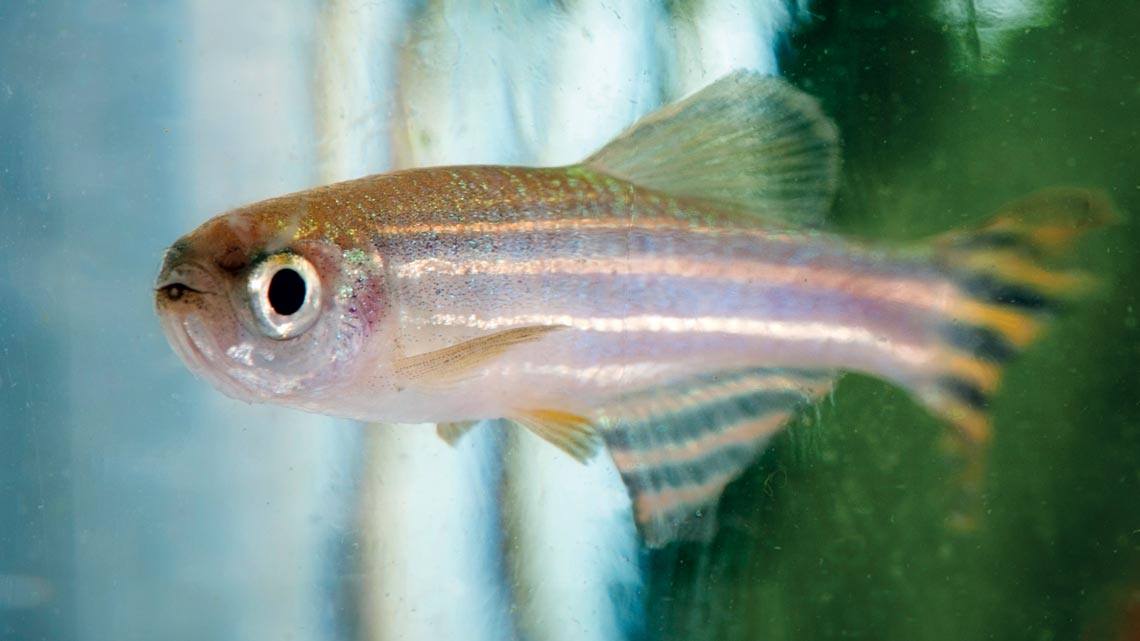 Near the creeks where the zebrafish were captured is a large ornamental aquaculture center in Muriaé, where wild-type zebrafish—which can be legally imported—are grown in ponds that are often connected to the nearby streams. The common and wild-type zebrafish species are very similar in appearance, especially the greenish variety. The glowing colors of the genetically modified version become more visible when the fish is exposed to ultraviolet light. This has led the researchers to hypothesize that the emerald-colored variant may have been imported and subsequently bred in captivity among wild-type species.

Fish breeders may have been unaware that they were interbreeding in their aquaculture ponds. According to the study, it is likely that some genetically modified individuals may have escaped from these fish farms and found their way to nearby creeks, where they began to multiply. Their escape might have occurred, for example, when emptying fishponds without containment netting. “We recommend using nylon netting on the pipes used to discharge pond water into the river,” says Magalhães.

Carla Pavanelli, a zoologist at the State University of Maringá (UEM) in Paraná, who was not part of the research, says the article addresses an important yet little-studied problem which can have significant adverse impacts on native species that are fished by local communities, such as minnows. “The paper also highlights Brazil’s legislation on exotic species and good practices in breeding them,” says Pavanelli, who specializes in neotropical fish.

Hernandes Carvalho, a biologist at the University of Campinas (UNICAMP), who was not involved in the UFSJ study, notes that genetically modified zebrafish are used in research but under tightly controlled conditions. “At research laboratories, these fish are contained within safe barriers,” says Carvalho. His research group, for example, uses genetically modified specimens to study the role of genes and proteins in heart development. Zebrafish are used before testing with rodents and later trials in humans.

Introducing genetically modified or exotic species in the wild, whatever their origin, will not necessarily have a negative impact, says Carvalho. He believes issues can arise when an invasive species escapes its safety zone and enters an unintended habitat. “The tilapia is an exotic species native to Africa, but is widely cultivated all around the world. Exotic species are introduced fairly frequently,” says Carvalho. “But genetically modified fish escaping to the wild could have negative environmental impacts. This, however, needs to be dealt with case by case—for instance, we wouldn’t want to ban imports of animals, such as zebrafish, that are needed for research.”

Scientific article
MAGALHÃES, A. L. B. et al. The fluorescent introduction has begun in the southern hemisphere: Presence and life-history strategies of the transgenic zebrafish Danio rerio (Cypriniformes: Danionidae) in Brazil. Studies on Neotropical Fauna and Environment. Online. Feb. 3, 2022.