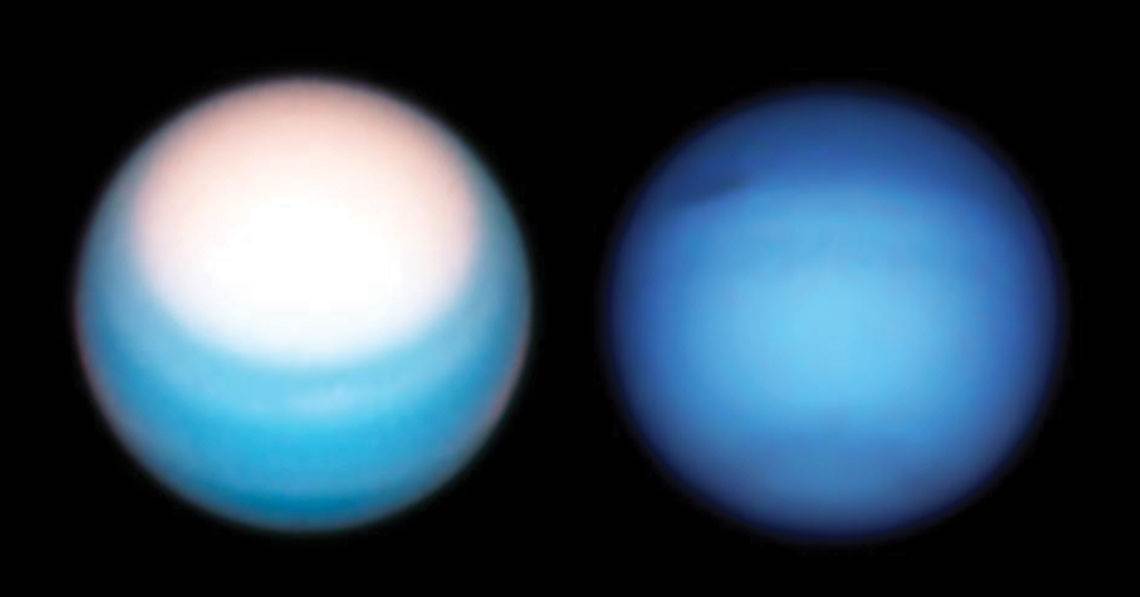 Uranus (left), the seventh planet from the Sun, and Neptune, the eighth

Known as the ice giants, Uranus and Neptune are similar in composition, mass, and size, but they are different shades of blue: Uranus, the seventh planet from the Sun, is pale blue, while Neptune, the eighth, is dark blue. A group led by planetary physicist Patrick Irwin of the University of Oxford, UK, used data collected by telescopes on Earth and in space to develop an atmospheric model explaining the color difference. The methane in the atmosphere of both planets makes them appear blue because it absorbs the red light emitted by the Sun and reflects blue light. The difference between them is due to the fact that the methane layer on Uranus is twice as thick as Neptune’s, which makes the former paler. One possible explanation, the researchers say, is that methane condenses more easily on Neptune and falls in the form of snow. This methane precipitation thins the planet’s atmosphere, resulting in a deeper blue (Journal of Geophysical Research – Planets, May 23).