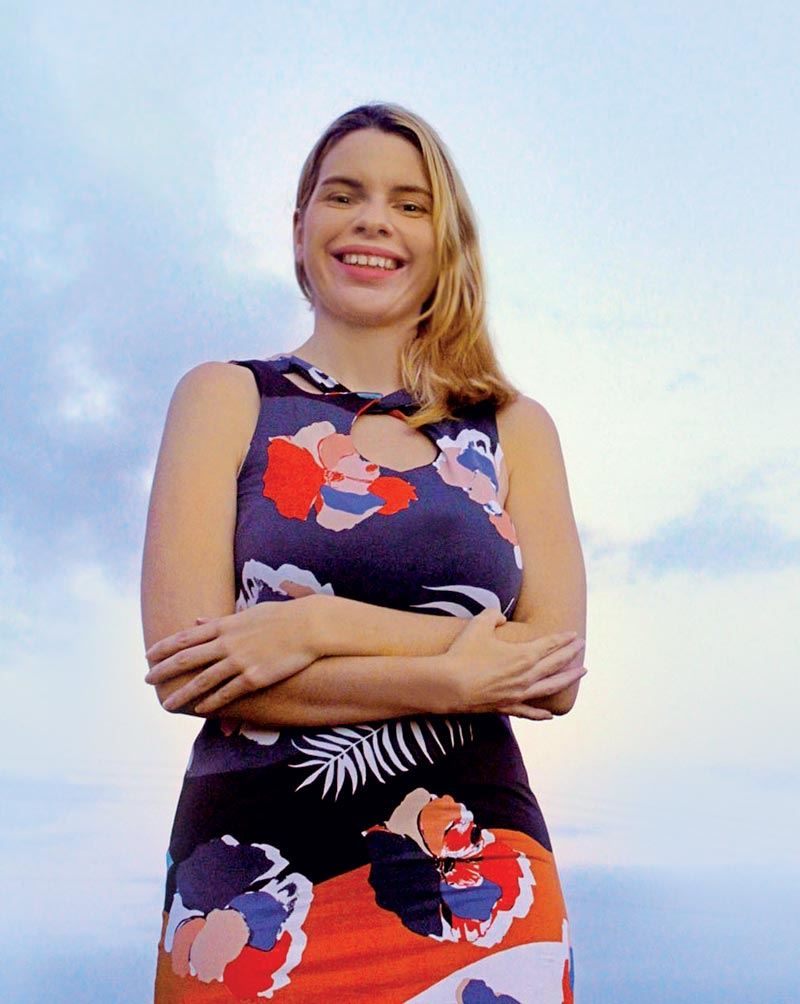 Interested in making better use of biodiversity, biologist Patrícia Medeiros is renowned for her studies on the popularization of Unconventional Food Plants (UFPs) and the opportunities they offer to rural farming and mining communities. “My work allows me to help these people improve their lives and generate new income, as well as stimulating demand for foods that do not require the use of agricultural inputs,” summarizes the researcher, who was born in Recife.

First recognized in 2019 with the Women in Science award, promoted in Brazil by French cosmetics company L’Oréal in partnership with the United Nations Educational, Scientific, and Cultural Organization (UNESCO) and the Brazilian Academy of Science (ABC), the scientist was this year nominated for the global version of the award— this time as one of the 15 winners of the International Rising Talents Awards, which recognizes the work of female scientists around the world. Medeiros is using the prizes, of R$50,000 and €15,000 respectively, to fund her research into edible plants in communities located in the Atlantic Forest of Alagoas. She is working at the Laboratory of Ecology, Conservation, and Biocultural Evolution (LECEB) of the Federal University of Alagoas (UFAL), where she is a lab coordinator.

It was while studying her undergraduate degree in biological sciences, started in 2004 at the Federal University of Pernambuco (UFPE), that Medeiros first discovered ethnobiology, a field that examines the cultural aspects of farming and mining communities and their relationships with biodiversity. “This is a field in which the study of living beings and anthropology converge, through which we seek to understand the relationships between the groups being studied and the environment,” she explains. During her master’s degree in botany, which she completed at the Federal Rural University of Pernambuco (UFRPE) in 2010, Medeiros investigated domestic uses of wood, such as the construction of houses in the Atlantic Forest of Northeast Brazil. She completed her PhD at UFRPE in 2012, during which she researched how plants are used for medicinal purposes in different Brazilian communities, based on studies published by other authors.

Having dedicated herself to the investigation of wild UFP species, Medeiros has been collecting data since 2018 on the farming activities of communities in the municipality of Piaçabuçu, on the southern coast of Alagoas. The species she has studied include genipapo (American genipa), Indian yam (Dioscorea trifida), Guinea guava (Guinean Psidium), and arrowleaf elephant ear (Xanthosoma sagittifolium). As well as investigating the nutritional properties and incidence of these foods in local forests, the researcher’s work also involves efforts to popularize UFPs and increase their consumption.

Despite their significant potential as a food source, UFPs remain underutilized, especially by people living in urban areas. One of the barriers to greater use of these species is the natural aversion to eating new foods, known as food neophobia. “Most often identified in childhood, this behavior is also quite common in adults,” says the researcher.

In attempts to encourage the use of UFPs across Brazil, Medeiros highlights the importance of giving them similar names to other plants that are already established food sources. As an example, she cites the pink peppercorn, obtained from the fruit of the Schinus terebinthifolia tree, which has no relation to the black peppercorn. “Based on popular knowledge, we created the hypothesis, which we are now testing, that this association can increase acceptance of the product,” she says.