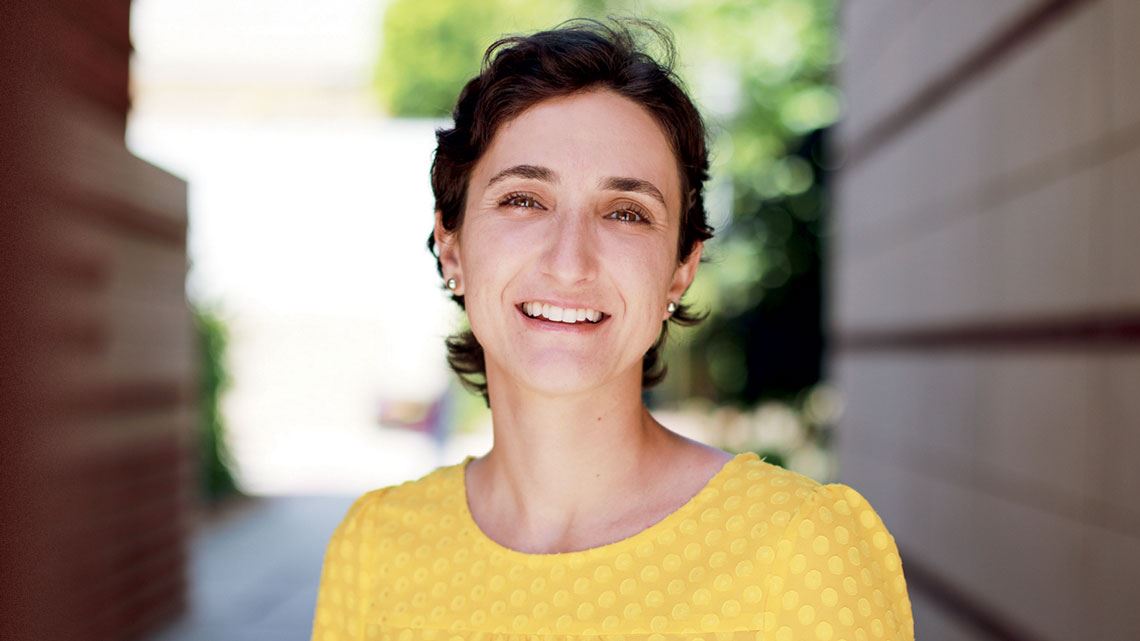 While studying a PhD in electrical engineering at the Massachusetts Institute of Technology (MIT) in the USA, Clarice Demarchi Aiello grew interested in studies on quantum phenomena in biological systems. The combination of physics and natural sciences first gained prominence thanks to studies on the absorption of light in photosynthesis and the magnetic fields used to navigate by migratory birds.

“I was already fascinated by quantum mechanics because of the way it allows us to describe processes that happen on a tiny scale, such as at a molecular level,” explains the scientist from São Paulo. Thanks to her experience in the field of quantum biology, she was recently asked to head the newly created Quantum Biology Tech (QuBiT) Lab, established in November 2019 at the University of California, Los Angeles (UCLA), USA, which in this initial phase is researching quantum phenomena that occur in animal proteins and cells.

Comprised of researchers from various fields, including chemistry, electrical engineering, and atomic, theoretical, and experimental physics, the QuBiT team is currently working on assembling a microscope that will allow them to monitor quantum phenomena by exciting electrons with magnetic fields. “The device will be very different from the microscopes we are used to,” explains Aiello. “It is a more robust piece of equipment, an optical table with a complex system of mirrors connected to several electronic components,” she reveals.

Since immersing herself in the field of quantum biology, Aiello has focused her studies on a class of proteins called cryptochromes. Found in some animal species, this type of protein is associated with the detection of low intensity magnetic fields. Migratory birds, for example, use them to navigate based on the earth’s magnetic field. She also conducted in-depth research into spin, a quantum property present in subatomic particles, such as protons and electrons, investigating how they interact with magnetic fields. By building this new device, Aiello and her team intend to do more than just observe cryptochrome spin—the plan is also to create ways of controlling it.

The researcher’s academic career has taken her all over the world. Two years after starting her undergraduate degree in electrical engineering at the University of São Paulo’s Polytechnic School (POLI-USP) in 2000, Aiello spent a year abroad at the École Polytechnique in Paris, France, where she ended up switching to physics. As part of her master’s degree at the University of Cambridge, England, which she completed in 2005, Aiello investigated how photonic crystals process quantum information. And during her PhD at MIT, completed in 2009, she studied the control of coupled electrons and spins.

Since then, she has dedicated her career to quantum biology, applied to chemistry at the University of California and bioengineering at Stanford University, where she investigated the biophysics of living sensors. “My hypothesis is that nature is full of microstrategies that can help us to develop technologies for a wide range of applications. These are the investigations that I try to utilize throughout my career,” she concludes. S.S.O.