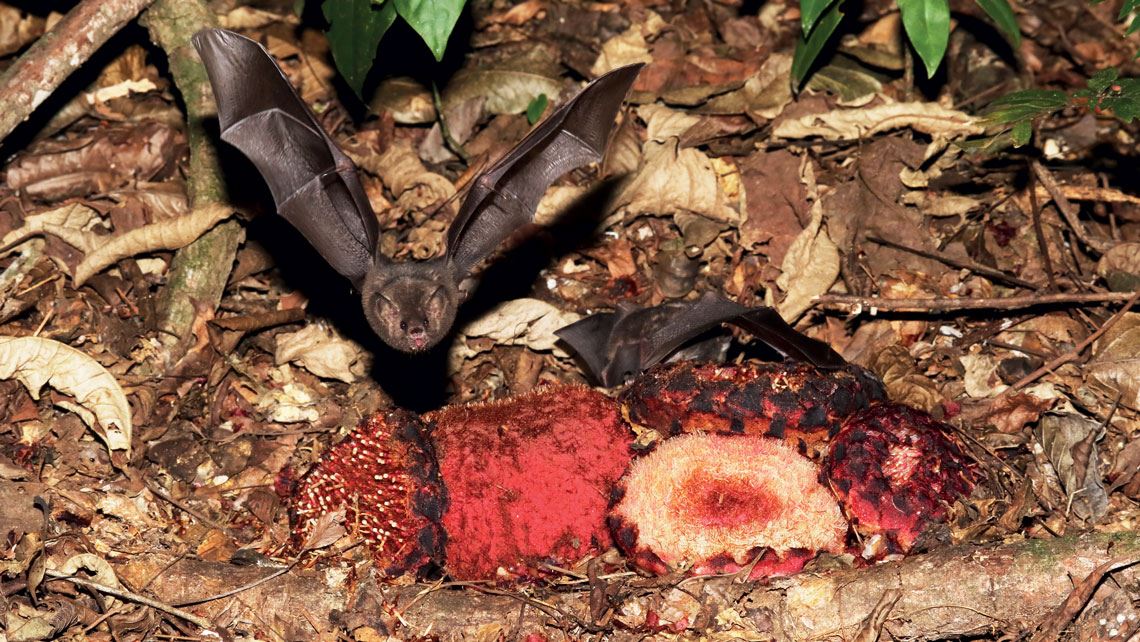 When biologist Felipe Amorim first questioned how the strange flowers of the Scybalium fungiforme are pollinated, he only knew one thing for certain: the evidence pointed to non-flying mammals. His infrared cameras later captured footage of possums, which came as quite a surprise—although they fit the description, they were not previously known to be pollinators. But an even bigger surprise was to come. The following year, a higher-quality camera and more hours of video revealed that bats of the Glossophaga soricina species hover like hummingbirds and then land with wings outspread to sip the nectar, a manner of feeding never seen before. It turns out some of the plant’s pollinators do fly.