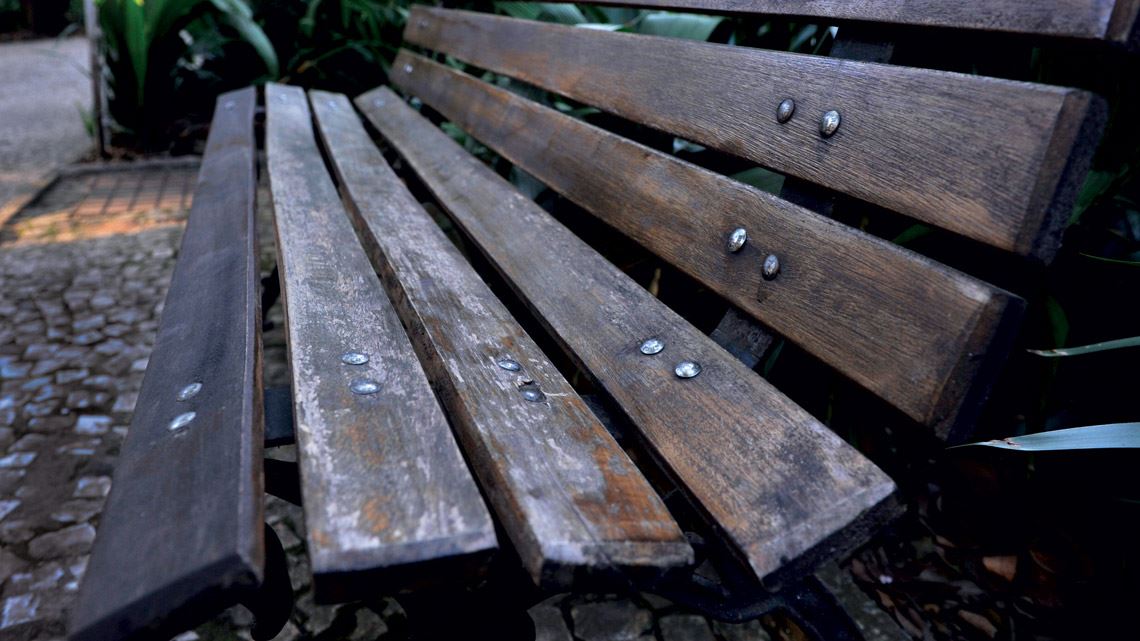 In June, researchers from every continent on Earth released the world’s first catalog of the microbial ecosystem in urban areas. Using 4,728 samples collected from streets, shoes, public transport, and hospitals over three years, the group genetically mapped the microbiota—the bacteria, viruses, fungi, and other microorganisms—of 60 cities in 32 countries, three of which were in Brazil. One of the main findings of the study was that there were 31 species of bacteria that appeared in 97% of the samples. They form a central group of microorganisms prevalent in cities all over the world.

In this group, there are three particularly abundant bacteria: Cutibacterium acnes, found in human skin, which causes the appearance of pimples; Bradyrhizobium sp. BTAi1, a microorganism usually found in the soil, which fixes nitrogen in plants; and Micrococcus luteus, a bacterium that lives in soil and on human skin and has been linked to occasional hospital-acquired infections. In total, the study identified 4,246 species of microorganisms. Among the new species not yet cataloged by science, the scientists identified 10,928 viruses, 1,302 bacteria, and two archaea (single-cell beings similar to bacteria). SARS-CoV-2, which causes COVID-19, is an RNA virus and does not appear in the results—the study only looked at microorganisms with DNA genomes  and the urban microbiome samples were obtained before the pandemic began.

With this type of survey, it is possible to observe how microorganisms disperse locally within cities and monitor their spread on a global scale, which is very useful in a pandemic, in addition to detecting genes that promote antibiotic resistance. The study is the result of a collaboration between scientists that specialize in genomics, data analysis, engineering, epidemiology, and public health and together form the MetaSUB consortium, short for Metagenomics and Metadesign of Subways and Urban Biomes.

The origin of this project dates back to 2013, when geneticist Christopher Mason, from Cornell University in the USA, began collecting microbiological samples in the New York subway. “Every time you sit down in the subway, you are likely commuting with an entirely new species of microorganism,” said Mason in publicity material for the study. Shortly after the American geneticist published his first article on the subject, researchers from all over the world got in touch wanting to conduct similar analyses in their cities. One of them was Brazilian molecular biologist Emmanuel Dias-Neto.

“In the early 2010s I started to investigate the links between bacteria and oral cancer. I often traveled home by subway and wondered what microorganisms were traveling alongside me and how I might be able to study them. A colleague of mine read about a similar project in New York. I got in touch with the authors and they asked me to participate in the first meeting in 2016,” recalls the director of the MetaSUB consortium for South America and head of the Medical Genomics Laboratory of the International Research Center (CIPE) at the A.C.Camargo Cancer Center. Dias-Neto led the effort to collect 199 Brazilian samples that were included in the study from the cities of Ribeirão Preto in the state of São Paulo, Rio de Janeiro, and São Paulo itself. 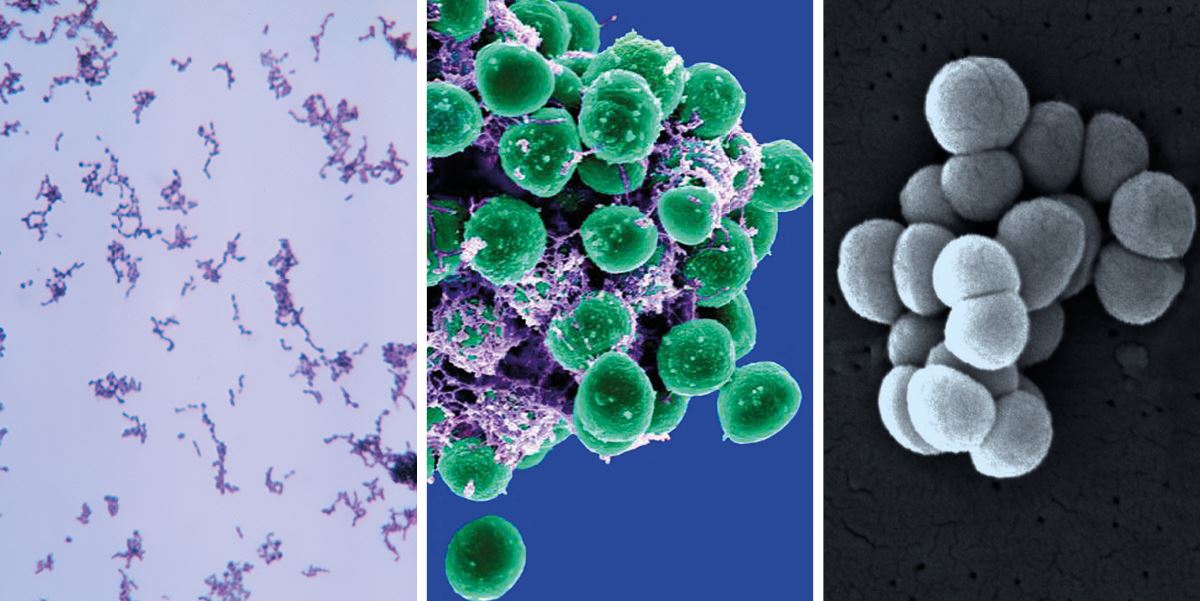 The sample collection protocol involves the use of a swab with a synthetic tip. The swab is dipped in a DNA preservation solution and then wiped over the chosen surface for three minutes. Data such as latitude and longitude, temperature, air humidity, and number of people in the location are also recorded. The material is then placed in a tube that can be kept at room temperature. The samples from all over the world are sent to New York, where they are analyzed by the same equipment, following a single methodology. “About 30 samples came from São Paulo, many from benches in plazas and parks such as Trianon Park on Avenida Paulista, as well as from A.C.Camargo premises,” says Dias-Neto. In addition to public places, rental bicycles, and the soles of peoples’ shoes, samples were also collected from the subway and the Oswaldo Cruz Foundation (FIOCRUZ) in Rio de Janeiro, and the University of São Paulo (USP) and bus stops in Riberão Preto. Houtan Noushmehr from USP and Milton Ozório Moraes from FIOCRUZ also participated in the study.

In São Paulo, the Monument to the Flags provided an interesting sample. At some points on the sculpture’s surface, two communities of conflicting microorganisms were identified. On top of a white biofilm composed of bacteria, there was a dark film formed of fungi. “The fungi produce antibacterial substances so that it can invade the bacteria’s space. The bacteria, in turn, defend themselves by producing an antifungus,” explains Dias-Neto. “We sequenced this point of contact between the biofilms in the hope of finding something that could be used as the basis for a new drug.”

The information gathered by MetaSUB could prove useful in criminal investigations. Although there is a group of microorganisms found in the microbiomes of urban areas across the globe, each city in the study had its own set of microorganisms that serve as a signature of its microbiome. São Paulo, for example, can be uniquely identified by the presence of the virus Meleagrid alphaherpesvirus 1 and the bacteria Pandoraea vervacti and Paraburkholderia terrae. Rio de Janeiro can be identified by a cyanobacterium called Prochlorococcus sp. MIT 0604, a microorganism that performs photosynthesis and was formerly known as blue algae, and two viruses that infect cyanobacteria (Synechococcus phage S-SSM4 and Synechococcus phage S-SM1). “In forensics, for example, it would be possible to analyze the biological material on the sole of a person’s shoe and find out which city they have been in,” points out Dias-Neto.

MetaSUB has created an online tool that displays a map of the world with details about the samples collected at each location. Users can search for a certain microorganism and find out which cities it is present in, for example. The group has plans to publish an article with data collected during the 2016 Olympics in Rio de Janeiro. The study analyzes whether the presence of tourists visiting from all over the world—and bringing the microbiomes from their cities with them—altered the profile of microorganisms found in Rio de Janeiro.

Another global study, led by Manuel Delgado-Baquerizo of Pablo de Olavide University (UPO) in Spain, investigated the microbial communities of park and garden soils in 56 cities in 17 countries around the world, including Beijing in China, Santiago in Chile, and Belo Horizonte in Brazil. Interest in the topic is linked to the frequent contact between humans and microorganisms in green urban areas during leisure and sports activities, an exchange that helps strengthen our immune systems. Published in the periodical Science Advances in July, the paper indicates that the microorganisms living in urban parks and gardens differ to those found in nearby natural ecosystems. This is a phenomenon that occurs all over the world. Compared to natural areas near cities, the soils in urban parks and gardens favor a greater proportion of plant-pathogenic fungi and less dominance of symbiotic organisms that promote the growth of vegetation. These green areas in cities also have a higher proportion of genes associated with human pathogens, antibiotic resistance, and protection against environmental stress.

“We observed that the microbial communities in city parks differ less between one another and are more homogeneous than those in natural areas such as forests,” explains Gabriel Peñaloza-Bojacá, who is studying a doctorate in plant biology at the Federal University of Minas Gerais (UFMG) and collected soil samples from green urban areas in the Metropolitan Region of Belo Horizonte and the surrounding countryside. “Our analyses show a greater similarity among the communities of archaea, bacteria, fungi, and protists (unicellular organisms with defined nuclei) in the 56 green urban spaces investigated than in the corresponding natural ecosystems.”