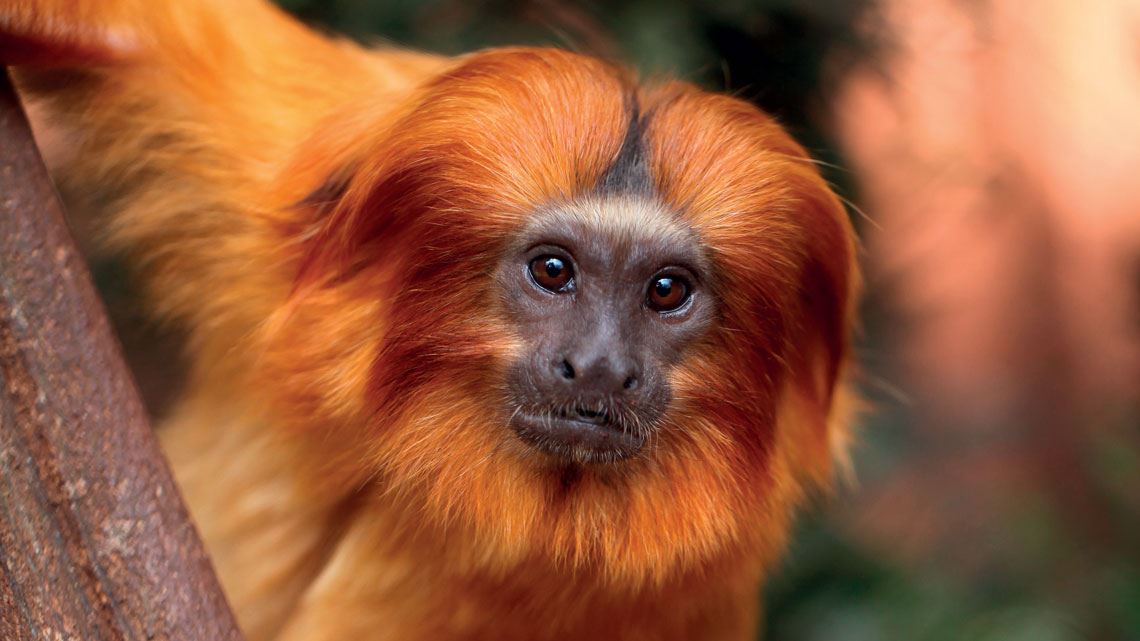 “Catastrophic” is how Júlio César Bicca-Marques, a biologist at the Pontifical Catholic University of Rio Grande do Sul (PUC-RS), describes the population decline in some species of wild monkeys as a result of yellow fever outbreaks in the Southeast and South of Brazil. Since 2016, when the current yellow-fever outbreak was first detected, the virus has killed around 80% of Brazil’s population of howler monkeys (Alouatta spp.), a particularly vulnerable species. Populations of buffy-headed marmosets (Callithrix flaviceps) and black-fronted titis (Callicebus nigrifrons) have dropped at the same rate, while the contingent of tufted capuchin monkeys (Sapajus spp.) has been halved. Golden lion tamarins (Leontopithecus rosalia), largely found in the Atlantic coastal forests of Rio de Janeiro State, have lost 30% of their population. These estimates were published in an October 2021 paper in the American Journal of Primatology, coauthored by Bicca-Marques.

“Yellow fever was a coup de grace for many populations of wild primates, which were already suffering from forest fragmentation, poaching and trafficking, roadkill, electrocution, other diseases, and competition with invasive species,” notes Leandro Jerusalinsky, a biologist who heads the National Center for Research and Conservation of Brazilian Primates (CPB) at the Chico Mendes Institute for Biodiversity Conservation (ICMBIO). The Ministry of Health reported 23,000 primate deaths suspected to be of yellow fever from 2014 to 2019, including among endangered species—in most cases yellow fever was confirmed to be the cause of death.

To protect animals that are being transferred to depopulated areas, researchers in Rio de Janeiro are using human vaccines for the first time against yellow fever in primate species susceptible to the virus, including both captive animals and any wild animals that they are able to capture. So far, 44 golden-headed lion tamarins (Leontopithecus chrysomelas), 19 golden lion tamarins (Leontopithecus rosalia) and black lion tamarins (L. chrysopygus), and 11 howler monkeys (Alouatta clamitans, A. discolor, and A. caraya) at the Primate Center of Rio de Janeiro (CPRJ), in Guapimirim, Greater Rio de Janeiro, have been vaccinated.

The researchers are looking to determine the optimal dose for each species, which is lower than for humans. The fractional dose—1/5 of the full dose applied in 2018 during the yellow fever outbreak in humans—was shown to be as effective as the full dose. “Seroconversion [the rate of antibody production] is higher than 90%,” says veterinarian Marcos Freire, a scientific advisor to the Immunobiological Technology Institute (BIO-MANGUINHOS) at Oswaldo Cruz Foundation (FIOCRUZ), where the vaccine is produced. “The risk of it causing serious adverse events in animals has been shown to be very low, as with people.” The results from the CPRJ’s vaccine trial with howler monkeys are reported in a paper published in the Journal of Medical Primatology in February 2021.

Veterinarian Alcides Pissinati first thought of vaccinating the animals at CPRJ, which he manages, in 2016, fearing that the yellow fever outbreak could spread to Rio de Janeiro from Minas Gerais and Espírito Santo. His idea to immunize wild animals was unconventional, however, and initially met with resistance from primatologists and ecologists. But Freire was on board immediately. The first animals to be vaccinated in 2017—to compare the effects of different doses and formulations—were 44 golden-headed lion tamarins (L. chrysomelas) which had been inappropriately released as invasive species in forests in Niterói, and later captured by the nongovernmental organization Pri.matas and taken to CPRJ. “Soon after, the first primate deaths from yellow fever were reported in forests in Rio de Janeiro,” says Pissinatti. 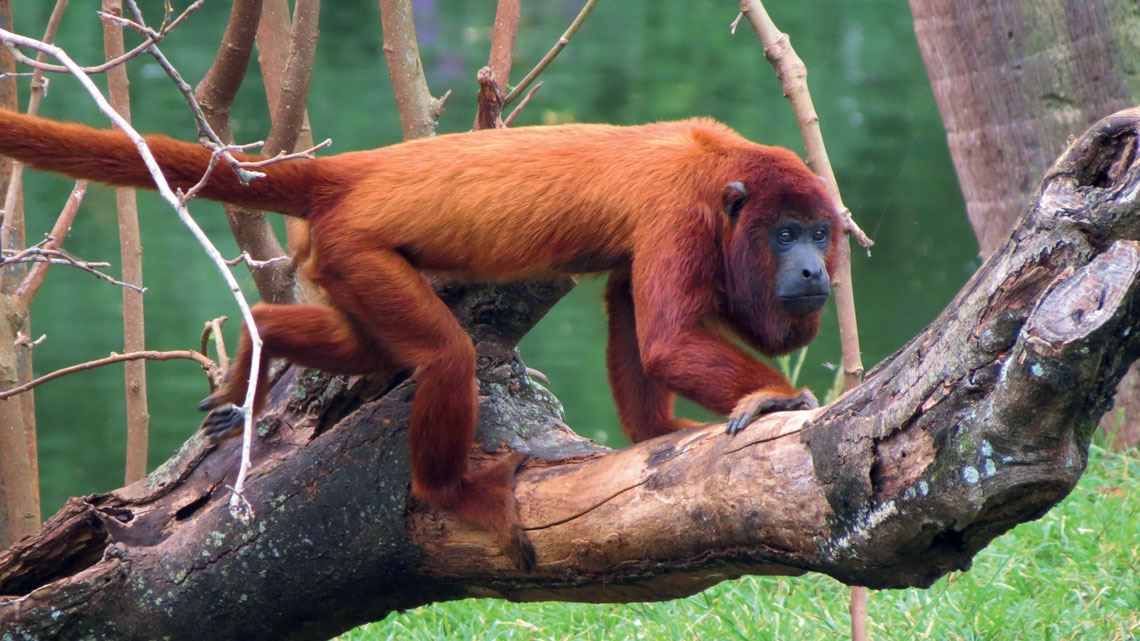 Howler monkeys like this one, at the Sorocaba Zoo in São Paulo State, southeastern Brazil, are the primate species most susceptible to the yellow fever virus in the wildMiguel Rangel Jr / Wikimedia Commons

The trial at CPRJ has now been expanded and, if successful, will confirm the vaccine to be effective in primates. In mid-2021, Carlos Ruiz-Miranda, a biologist at Norte Fluminense State University (UENF), with his team and colleagues at Bio-Manguinhos and Associação Mico-Leão-Dourado, started vaccinating free-ranging golden lion tamarins living in forest patches near the Poço das Antas Biological Reserve, in the central region of Rio de Janeiro State, using methods recommended by CPRJ.

Of an estimated 150 tamarins in the experimental phase, the researchers vaccinated around 120. “In an early assessment, we detected antibodies in 47 of the 50 animals from which we collected blood samples,” says Ruiz-Miranda. “We’ve found no evidence of an adverse effect from the vaccine.”

Tamarins are captured with relative ease: they are small-bodied—up to 30 centimeters (cm) long and weighing around 800 grams—and can be lured with bananas. Vaccinated animals are tagged with microchips and tattooed with a “V” on their inner thigh so they can be tracked after they are returned to the wild.

Biomedical researcher Zelinda Hirano plans to start vaccinating 44 howler monkeys this month at the Indaial Biological Research Center (CEPESBI), which she founded and now manages as a volunteer in Brazil’s southern state of Santa Catarina. Unlike the tamarins on the Poço das Antas Reserve, these animals are in captivity.

In 2019, the yellow fever epidemic spread to Santa Catarina. One of the primates at CEPESBI was infected and died, prompting the vaccination of residents in nearby areas. To prevent further deaths, Hirano installed netting around the monkeys’ enclosures to keep out virus-transmitting mosquitoes. While she observed that the animals were bothered by the warmer temperature and the difficulty seeing outside, no further monkeys became infected. The virus, however, continued to spread in the area. The State Health Department reported 137 primate deaths from yellow fever in 2021 as well as 8 human infections resulting in 3 deaths—none of those who died had been vaccinated. 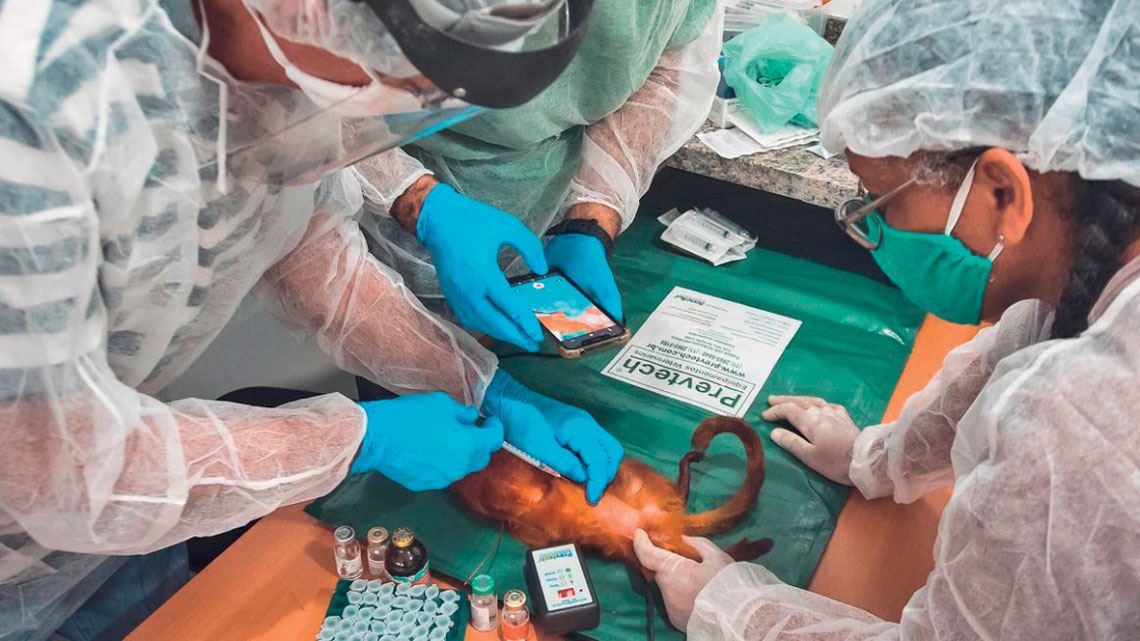 In March 2021, after the state government lifted its ban on expeditions due to the pandemic, Hirano returned to the 40-hectare forest near CEPESBI (1 hectare is equal to 10,000 square meters). “There were previously 57 howler monkeys living there in five groups. Some I had known for 30 years. I wept when I found there were only three left in one of the groups.”

Following vaccination, captive howler monkeys could be used to replenish the populations that have collapsed. “We will have to carefully consider when, where, and how to release the vaccinated animals,” notes Hirano. “We also have to consider the chromosomal variation that exists among populations of howler monkeys in Atlantic Forest areas. We can’t mix different groups together randomly.” Her plan is aligned with guidance issued in September 2021 by CPB—following three months of discussion with experts from different research institutions—recommending the vaccination of howler individuals used to replenish wild populations.

In addition to this recommendation, which informs local action plans for the conservation of endangered species, there are other considerations that need to be addressed when moving an animal from one place to another. “To improve animals’ chances of success in the wild, we need to know their origin, ensure they are in good health, understand their behavior, consider that they are social animals that live in groups, and find a well-suited area for their release,” says Jerusalinsky.

“Free-ranging howler monkeys—which serve as sentinels for yellow fever—will not be vaccinated, but surviving populations will be augmented with animals vaccinated in captivity,” says Pissinatti. When the yellow fever virus spreads to a given region, howler monkeys infected by disease-carrying mosquitoes are soon found dead, prompting epidemiological surveillance teams to launch vaccination campaigns for residents in nearby areas.

Adriano Pinter, a veterinary science and epidemiology researcher at the Endemic Diseases Oversight Office (SUCEN), who did not participate in the research, suggests: “Perhaps animals in public parks, such as Horto Florestal or Parque Fontes do Ipiranga, in São Paulo, could be vaccinated as a way to reduce the risk of urban yellow fever outbreaks, in areas where howler monkeys could be bitten by urban vector mosquitoes.” As an immediate measure, the Wildlife Division (DFS) of the municipal government of São Paulo, working with colleagues at the University of São Paulo’s Institute of Tropical Medicine (IMT-USP) and SUCEN, is preparing to vaccinate 34 brown howlers kept in a conservation center at Anhanguera Park, in the city’s northern district, over the first half of next year, using the methods developed by CPRJ and FIOCRUZ.

“After vaccination, we plan to replenish lost populations such as those in Cantareira and Horto,” says Marcello Schiavo Nardi, a veterinarian at DFS. Unlike tamarins, it is fairly difficult to capture free-ranging howlers to vaccinate them. Howler monkeys are 45 to 60 cm long and weigh 4 to 7 kilograms (kg). They eat leaves (not bananas) and typically live between 20 and 30 meters (m) high in the forest canopy, rarely venturing down to the ground.

In 2014, Marcelo Rheingantz, a biologist at the Federal University of Rio de Janeiro (UFRJ), coordinated the release of four howler monkeys (two males and two females) at Tijuca National Park, as reported in an October 2017 paper in Perspectives in Ecology and Conservation. “We expected the howler monkeys to stay together, but they dispersed shortly after release,” he says. One of the females eventually died and the other joined a male and had five young. To replenish the howler population in the park, he plans to release seven more animals from CPRJ (six females and one male) after they are vaccinated.