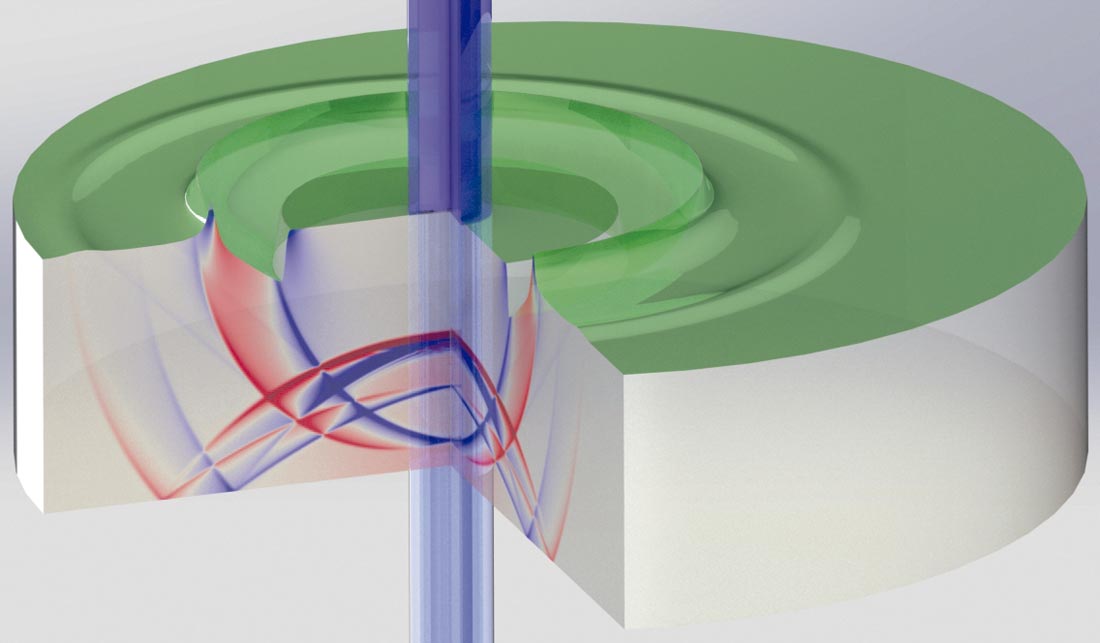 An international group of researchers, including physicists from the Federal Technological University of Paraná (UTFPR) and the State University of Maringá (UEM), accurately isolated and measured the vibrations generated when a beam of light touches the surface of a mirror and is reflected back (Nature Communications, August 21). For some time, it has been known that when light hits a mirror, it creates waves that propagate inside and make it vibrate. Now, measurements have shown that light causes distortions of billionths of a millimeter—or picometers (10-12 meters). Such precise measurements were only possible because the group, coordinated by physicist Tomaž Požar, from the School of Engineering in Ljubljana, Slovenia, was able to construct a nearly perfect mirror that reflects 99.93% of incident light and minimizes absorption—absorbed light heats up the material and generates oscillations a thousand times greater. Measuring the microscopic vibrations caused by light is important to the advancement of nanotechnology. It is hoped, for example, that this knowledge could help to design optical tweezers—laser beams that allow live cells to be manipulated without damaging them—with greater precision. Arthur Askhin won the Nobel Prize in Physics in 2018 for his work on optical tweezers.