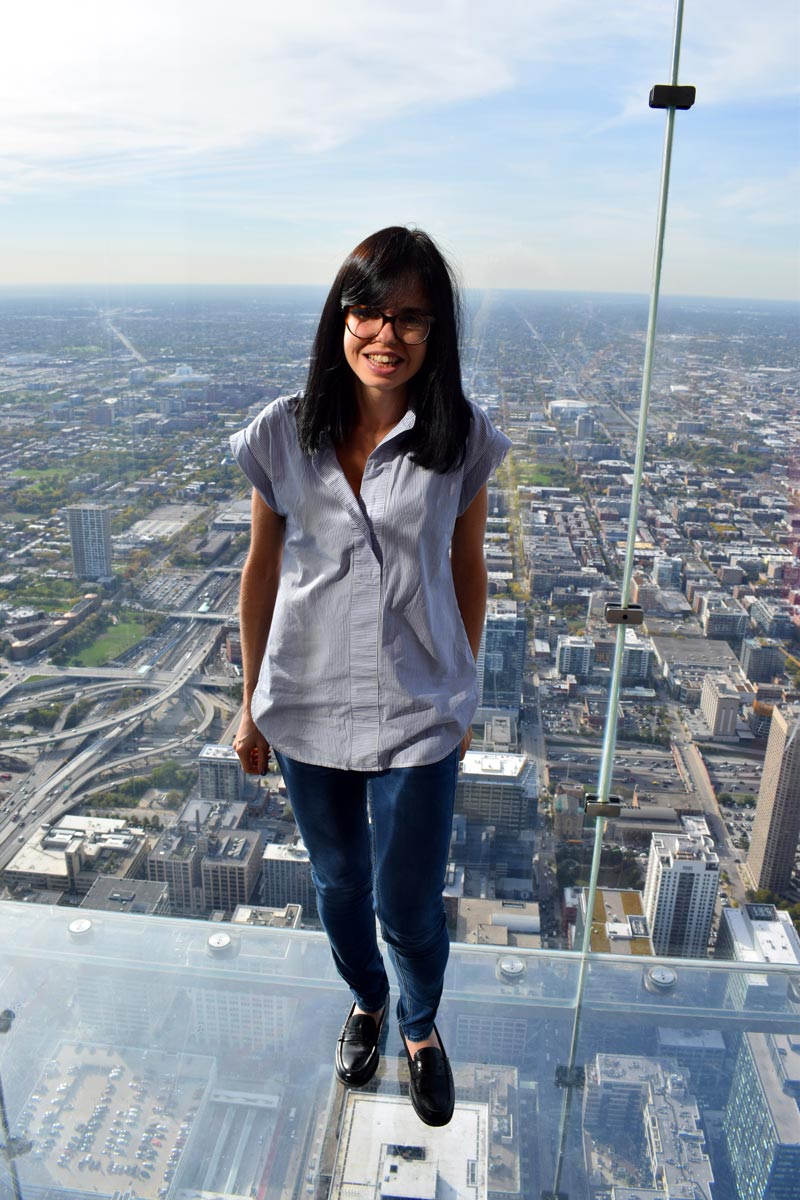 In October 2018, Canadian scientist Donna Strickland from the University of Waterloo, Canada, became the first woman in 55 years to win the Nobel Prize in Physics for her work on generating high-intensity, ultrashort laser pulses. She shared the prize with two other physicists. Interestingly, it was easier for Strickland to earn recognition from the Nobel judges than from Wikipedia, which had no profile on the physicist among its 5.8 million pages in English until after the awards. In March 2018, seven months before the prize winners were announced, a draft profile page for the researcher that had been written by an unidentified Internet user was deleted by the Wikipedia editors because the references given did not justify her having a page—her biography on the Optical Society website was deemed insufficient. A page was quickly created after Strickland was awarded the prize and even included references to a paper that she wrote in 1988.

Strickland’s case is typical of a long-standing issue highlighted by many female researchers: underrepresented in many scientific fields, women are stereotyped as less capable than men and often need to work harder than men to receive public recognition for their work. Concrete evidence supporting this assertion has resulted in a number of initiatives aimed at combating gender bias: one of these initiatives is led by the British physicist Jessica Wade, 30, and specifically targets Wikipedia. A postdoctoral researcher at Imperial College London who specializes in polymers, Wade began writing Wikipedia biographies for female researchers in 2017, after discovering that 90% of the encyclopedia’s editors are men and that only 17% of profiles relate to women. “That is an overall percentage. In terms of biographies of scientists, the proportion is even smaller,” she says.

So far, she has published more than 400 biographies, raising awareness of contributions made by women, such as those of the American climatologist Kim Cobb, 45, who leads a group that studies the effects of climate change on the Pacific Ocean, and the Spanish biochemist Gertrudis de la Fuente from the Complutense University of Madrid, who specialized in enzymology and toxicology and who was well known in Spain. Her profile was approved five months after her death at 95 years of age.

Wade uses a set of criteria to choose which scientists to profile—they must have earned recognition in academia and have a level of notability among their peers. Wade also participates in groups that promote inclusion and diversity in science, such as 500 Women Scientists, which is composed of more than 2,000 female researchers from over 100 countries. She is one of a number of scientists working as a “Wikipedian in Residence”—people who facilitate the publication of Wikipedia entries related to their institutions or fields. She maintains frequent contact with these networks, whose members propose new profiles, debate the importance of those recommended, and suggest references. “The final texts are reviewed by the Wikipedia editors, who do a great job,” says Wade. She consults researchers in advance to see whether they are interested in having a page on the online encyclopedia.

Solitary quest
Jessica Wade’s mission was instigated by personal experience. When she began her PhD thesis at Imperial College on macromolecules involved in the emission of LED light, she was the only woman in her research group. “I was surrounded by testosterone and started to feel very lonely,” she says. “I realized that we need to encourage more women to participate in science.” In addition to creating Wikipedia profiles for female researchers, she also gives talks at schools and universities to stimulate interest in science among girls and young women.

Wade has not yet profiled any Brazilian scientists, but her efforts have been recognized in the country. “Science is still an area of power that is dominated by men. Initiatives like Jessica Wade’s, which highlight the work of female scientists, are essential to making girls aware that science is a career possibility for them,” says economist Hildete Pereira de Melo, a researcher at Fluminense Federal University and author of the book Pioneiras da ciência no Brasil (Pioneers of science in Brazil), released in 2006. Conceived in partnership with Ligia Rodrigues from the Brazilian Center for Physics Research (CBPF), the book, which is being updated and relaunched this year, contains profiles of scientists who have conducted essential research in fields such as physics, chemistry, agronomy, and botany. Some of the scientists are known by the general public, such as agronomist Johanna Döbereiner (1924–2000), psychiatrist Nise da Silveira (1905–1999), and biologist Ruth Nussenzweig (1918–2018). Other scientists are rarely mentioned, such as botanist Graziela Maciel Barroso (1912–2003), who was a professor at the Federal University of Rio de Janeiro (UFRJ), the Federal University of Brasília (UNB), and the University of Campinas (UNICAMP). She was one of the most prolific plant taxonomists in Brazil—a number of Brazilian plant species have been named after her, including Dorstenia grazielae, Diatenopteryx grazielae, and Bauhinia grazielae. “She was internationally renowned in the scientific world, but few people among the general public know about her,” says Hildete Pereira de Melo. “We need to publicize the work of these researchers and show girls that a career in science is not a male privilege,” she adds.

Young researchers
In Brazil, various initiatives are striving to highlight female scientists and the importance of their work. Twenty-one years ago, the cosmetics company L’Oréal launched the For Women in Science award, which offers a scholarship of US$100,000 to five internationally recognized female researchers. In 2006, the company also began awarding a specific Brazilian prize in partnership with UNESCO and the Brazilian Academy of Sciences, through which seven young female researchers each year win R$50,000. More than 80 scientists have already been awarded the prize, together receiving a total of approximately R$3.5 million in research incentives. “Our goal is to stimulate scientific research by women, who are often less acknowledged than their peers and who need to work twice as hard to earn recognition,” says Danielle Nunes, head of L’Oréal’s For Women in Science program in Brazil. Applications for consideration this year, which are open until the end of April, can be submitted at https://www.paramulheresnaciencia.com.br/.

One of the 2018 winners was the biomedicine and pharmacology researcher Sabrina Lisboa, 36, from the Ribeirão Preto School of Pharmaceutical Sciences at the University of São Paulo (USP). She studies the mechanisms involved in posttraumatic stress processes in rodents. One of her key objectives is to understand the changes that occur in the human brain in response to past trauma, such as kidnappings, childhood abuse, and armed conflict and to discover what influence drugs and chemicals may have on this process. “The aim is to improve treatment options, which today are not fully effective and often have side effects,” she explains. “It is estimated that about 8% of the world’s population suffers from some kind of posttraumatic stress, which can be caused by a number of factors and events, so it is an important issue that needs more research.”

She says the award was a significant incentive to continue her research. “The prize represents a seal of approval for your work, which helps to open doors,” she says. She plans to use the money to fund further studies this year. As another beneficial consequence, Lisboa was invited to give a series of lectures at Brazilian universities. “These events help put scientists in the spotlight and increase awareness of their research. They can also help inspire girls and women attending the lectures to pursue a career in science,” she says. She highlights another positive point. Interacting with L’Oréal executives and other winners of the award has helped her develop a network of female scientists in Brazil who exchange ideas and discuss their work.

In 2016, the Brazilian Society for the Advancement of Science (SBPC) launched the website Science and Women, which publishes articles and reports on scientific discoveries, studies, and collaborations involving female researchers. “Today, the website is one of the largest sources of news regarding women in Brazilian science,” says Helena Nader, honorary president of the SBPC and founder of the website. “Women are still a minority in high-ranking academic positions at research institutions, despite being a majority among students. About 60% of Brazilians with PhDs are women. The topic is always discussed at our meetings and lectures,” says Helena Nader.

The SBPC held a new event for the first time this year that addressed the quest for equality in science and the challenges faced by female scientists. The seminar “SBPC and girls and women in science” took place on February 11 at the organization’s headquarters in São Paulo. The highlights included projects that encourage girls to pursue careers in science and initiatives designed to increase gender equality. Last year, the Brazilian National Council for Scientific and Technological Development (CNPq) issued a call for proposals to encourage girls in public high schools to follow scientific careers. The initiative, which was started as part of the Women and Science program created by the agency 13 years ago, received 78 proposals, including for projects designed to increase the number of girls studying technology and computing and participating in mathematics competitions. A total of R$6 million was awarded. “The goal is to continuously increase the number of women in science,” says sociologist Maria Lucia Braga, one of the program coordinators.