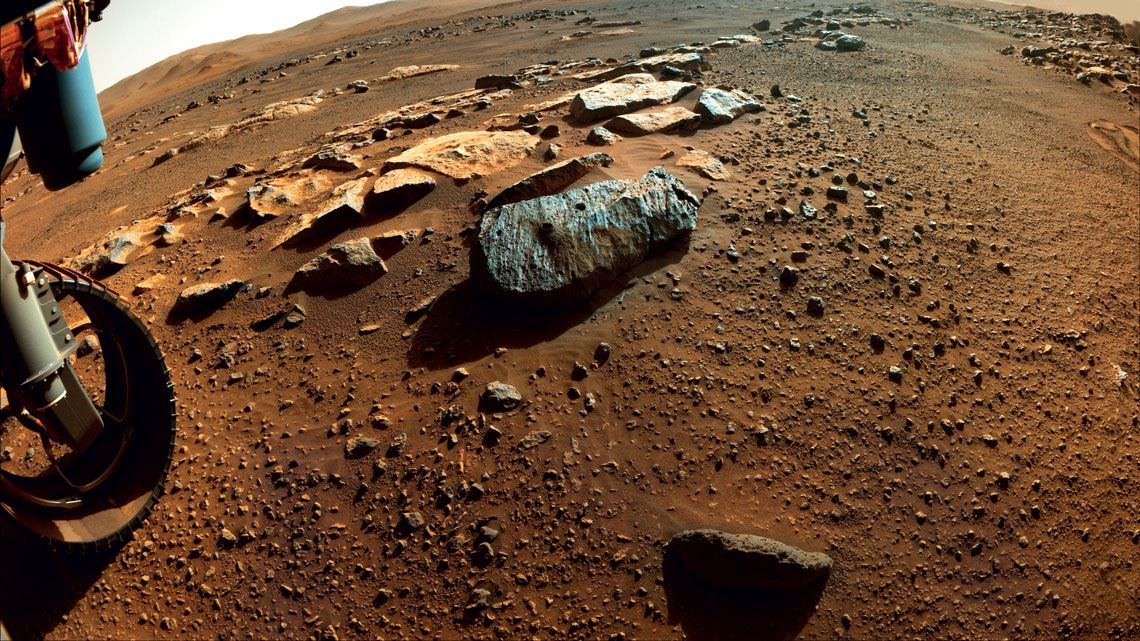 After an unsuccessful attempt in August, NASA’s Mars rover Perseverance collected two samples of Martian rock in early September. A hollow drill installed at the end of the its robotic arm pierced a rock nicknamed Rochette (Photograph) in two locations and extracted a small cylinder of rock the thickness of a pencil from each. The material was stored in titanium tubes and packed in a compartment to be brought back to Earth on another mission later this decade. The rock samples, seemingly of volcanic origin, could help NASA scientists reconstruct the past of the Jezero crater, which may once have been a lake. They hope to date the minerals in the rock to reveal when the crater formed, whether it was ever filled with water, and for how long.