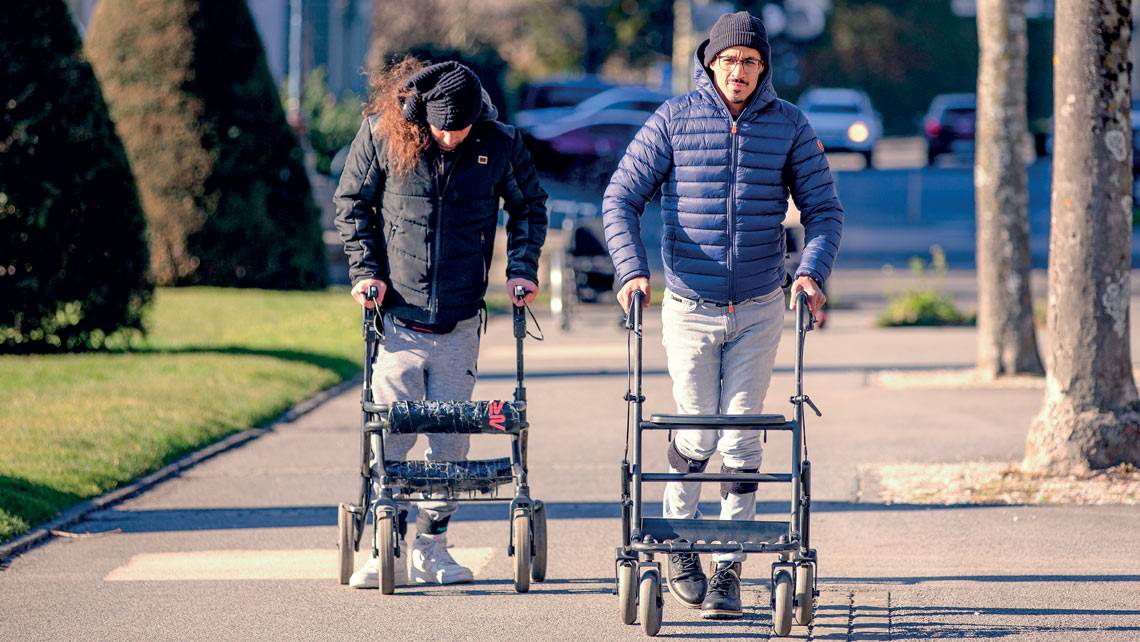 Three men with spinal cord injuries that left them paralyzed have been able to stand, walk, swim, and control their trunk movements again. They were able to perform these activities on the same day that they were implanted with special electrodes that transmit commands to the leg and chest muscles, telling them to execute movements. The experimental treatment is part of a clinical trial being conducted at École polytechnique fédérale de Lausanne in Switzerland. Computational analysis was used to determine the best arrangement of the electrodes and guided their precise placement during surgery. A team led by French neuroscientist Grégoire Courtine developed computer programs that define the combinations of electrical stimulation needed to best reproduce the natural activation of motor neurons and thus provide greater efficacy than other experimental approaches involving electrical stimulation devices that have already been tested (Nature Medicine, February 7).