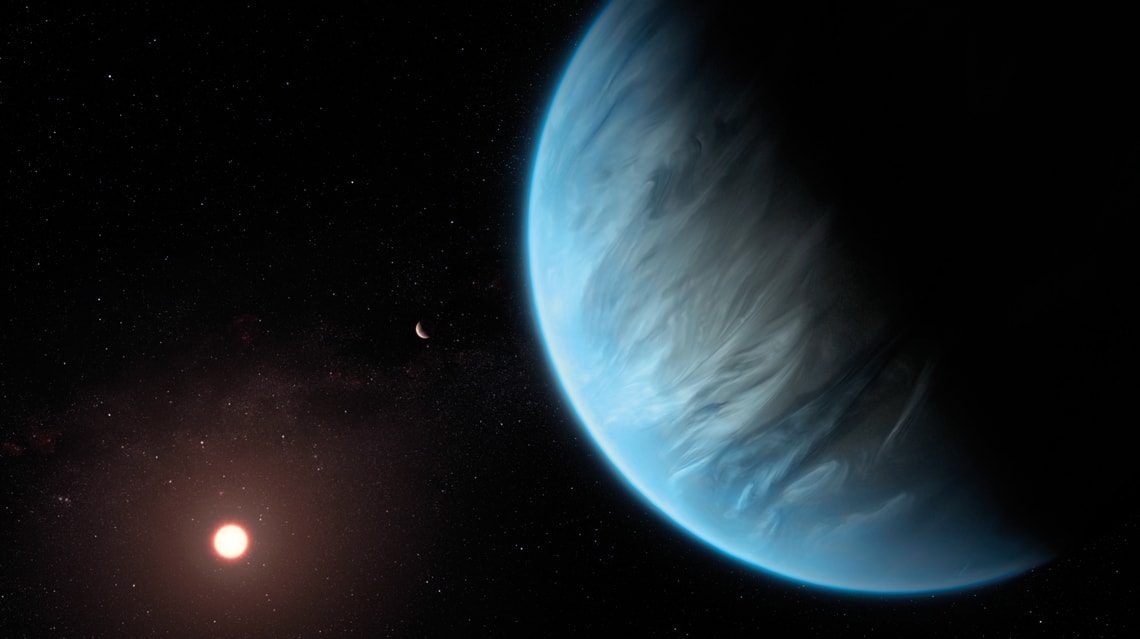 A group led by astronomer Sergei Yurchenko of University College London’s Centre for Space Exochemistry Data has identified water vapor in the atmosphere of planet K2-18b by studying images taken by the Hubble Space Telescope. This is the first time that signs of water have been detected in the atmosphere of an exoplanet—a planet orbiting a star outside our solar system (Nature Astronomy, September 11). Planet K2-18b could be the only known exoplanet with the conditions required to store water vapor in its atmosphere and liquid water on its surface, which would create an environment conducive to life, although it may receive more radiation from its star than Earth receives from the Sun. Located in the constellation of Leo, K2-18b is 110 light years away from our solar system. It is a rocky planet classified as a super-Earth—its diameter is twice the Earth’s and its mass is almost eight times larger. It was discovered in 2015 by the Kepler space telescope and orbits a red dwarf star that is smaller than the Sun. K2-18b completes one orbit around its star every 33 Earth days. Although it is much closer to its star than Earth is to the Sun, it is located in the so-called habitable zone, a region where water could exist in liquid form, which is essential for the emergence of life as we know it. The researchers also identified the presence of hydrogen and helium in the atmosphere, and suspect that it contains nitrogen and methane, two compounds that cannot be detected with current techniques.