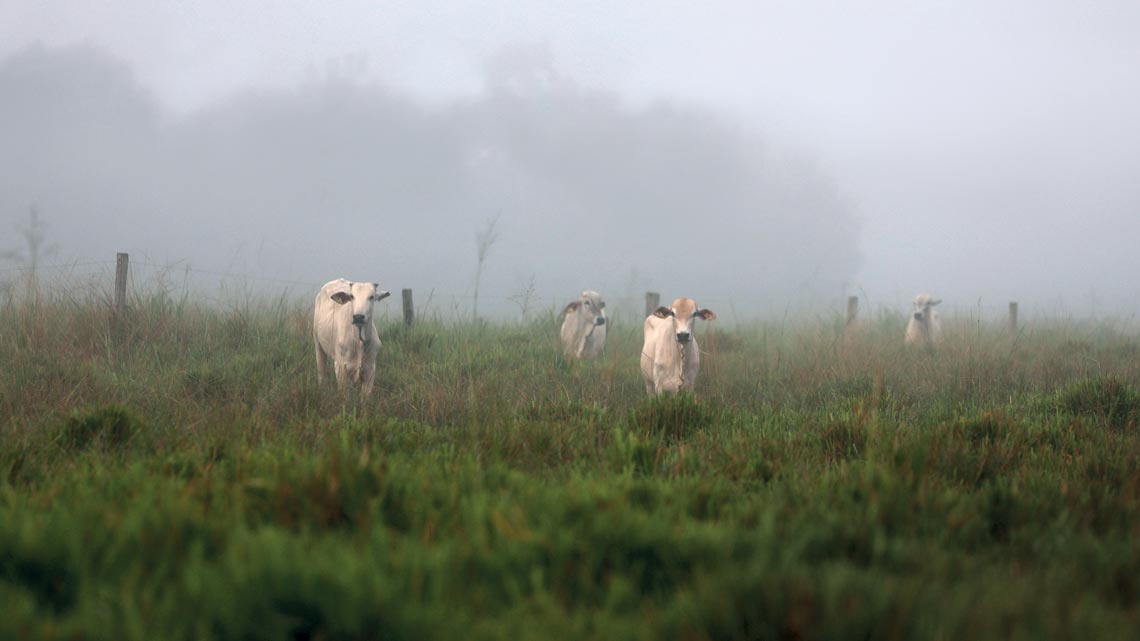 Between Jair Bolsonaro taking office as President of Brazil in January 2019 and September 2020, 57 acts were signed that weakened environmental protection in Brazil, either by restricting the role of regulatory bodies or by allowing deforestation in permanent preservation areas (PPAs), which are considered essential to the conservation of rivers, soil, and biodiversity. Approval of these acts—including resolutions, ordinances, decrees, and regulations—rose after the beginning of the novel coronavirus pandemic. Between March and September 2020, 23 new acts deregulated Brazil’s environmental legislation or made it more flexible. This is the conclusion of a survey published in the journal Biological Conservation by Brazilian researchers from education and research institutions in Brazil, the USA, and the UK in March. They reviewed editions of the Diário Oficial da União (Brazil’s official federal journal) issued in the period and data from Política por Inteiro and analyzed so-called infra-legal acts—executive rulings that do not require analysis or approval from the country’s national congress. Their aim was to identify environmental legislation rollbacks made by the government before and after the pandemic began.

The changes affect different areas of the environmental protection legal framework, and according to Brazilian biologist Erika Berenguer of the Environment Centre at Lancaster University, UK, “they seem to have been issued in drips and drabs so that they would go unnoticed by the public and the media amidst the chaos of the pandemic.” The researcher, one of the authors of the study, explains that the acts cover almost every Brazilian biome, as well as the main agencies and structures tasked with protecting them. One ordinance published on June 25, 2020, determined that not all PPAs need to be restored, even if they have been illegally deforested. In another case, a March 25, 2020 regulation extended the deadline for companies—including loggers—to submit their annual pollution and impact reports. An act passed on July 22 reclassified 47 different pesticides into a less harmful category, “without any support from the scientific literature,” according to the researcher.

The authors also identified an increase in the number of management changes and dismissals at agencies such as the Brazilian Institute of the Environment and Renewable Natural Resources (IBAMA) and the Chico Mendes Institute for Biodiversity Conservation (ICMBIO), which is responsible for conservation units and research centers in Brazil. In May 2020 alone, three months after the pandemic began, the government dismissed 38 public officials acting as conservation unit heads or deputy heads nationwide, replacing them with individuals who, according to the researchers, have little or no technical or scientific knowledge in the area. “In some cases, the MMA [Ministry for the Environment] has not even appointed anyone new to the positions,” highlights biologist Pablo Rodrigues Gonçalves, from the Biodiversity and Sustainability Institute (NUPEM) at the Federal University of Rio de Janeiro (UFRJ).

The government intends to centralize the management of these units in so-called integrated management centers (NGI). In May, as the number of new COVID-19 spiralled, the government issued a series of ordinances establishing NGIs. The objective was to unite teams from different PPAs under the same leadership, based on the argument that it is too costly to maintain the staff and infrastructure of so many conservation units. “The problem is that with this change, many NGIs will be responsible for biological reserves with completely different and unrelated characteristics and purposes,” says Gonçalves, who together with other researchers, criticized the proposals in an open letter written to the journal Science in June. “This will lead to a substantial reduction in the capability of these units to preserve important ecosystems, such as those in the Atlantic Forest region in the north of Rio de Janeiro,” says the biologist, who did not participate in the Biological Conservation study. To try to stop these changes, Gonçalves and other scientists from UFRJ called on public prosecutors to revoke the ordinances. Their strategy seems to be working, at least in the case of the Restinga de Jurubatiba National Park in Macaé, on the coast of Rio de Janeiro.

Berenguer points out that the current administration was already weakening institutions linked to environmental protection even before the pandemic. One example is Decree No. 9,806, issued in May 2019, which reduced the role of members of the public and representatives of traditional and indigenous communities on the National Environment Council (CONAMA), responsible for advising the MMA on environmental licensing criteria and environmental quality control and maintenance. Previously, 22 CONAMA seats were given to members of the public. The decree reduced that number to four. It also changed the way seats are distributed, from an election system to random selection, while the mandate of civil representatives was shortened from two years to one. The changes were questioned at the time by Brazil’s then attorney general Raquel Dodge, who filed a lawsuit to overturn the decree, claiming the reduction of public participation in CONAMA violated the constitution. The case has since reached Brazil’s Supreme Court (STF), which has already held two sessions to analyze the decree’s constitutionality. The most recent hearing, held on March 10, was suspended due to a request for review by minister Kássio Nunes Marques—there are currently four votes in favor of annulling the decree and none against.

According to the researchers, the weakening of institutions such as CONAMA, IBAMA, and ICMBIO, whether through management restructuring, staff and funding cuts, or reduced oversight, also resulted in a substantial drop in the number of environmental fines, particularly in the Amazon region. “Usually, an increase in environmental violations as observed in 2019, when deforestation in the Amazon increased, tends to be accompanied by a greated number of fines,” says Rita Portela, a professor at UFRJ’s Biology Institute and one of the authors of the study. But that did not occur in 2020. In August, as the first wave of the pandemic peaked in Brazil and amid rising deforestation rates in the Amazon, the number of fines in the region was 72% below March of the same year (see graph below). “In Brazil as a whole, the number of environmental fines dropped by 74%,” highlights Portela. Between January and July 2020, the figure fell by 40%, reaching the lowest level in a decade. In the same period, 4,739 square kilometers were deforested in the Amazon, according to data from the Real-Time Deforestation Detection System (DETER) operated by the Brazilian National Institute for Space Research (INPE). The MMA was asked to comment on the results of the study, but did not respond.

Ricardo Salles, the minister for the environment, did not comment on the study in Biological Conservation. He did, however, attend a meeting of the House of Representatives’ Environment and Sustainable Development Committee in early May, at which he answered some of the questions asked by researchers about the weakening of environmental protections. He attributed the reduced number of environmental fines to the pandemic and cuts to the department’s budget over recent years. “This is evidently reflected in the reduced capacity of environmental agencies, including their inability to hire new staff or replace those who retire, pass away, change profession, or leave for any other reason,” said Salles.

He also asked his government colleagues to allocate more money from parliamentary amendments to the ministry’s budget—these amendments are a way for members congress to direct funds to projects in their electoral districts. “For the MMA, there were 96 amendments [totaling R$ 62 million], a fifth of which benefited the Ministry of Regional Development, just 10% of the amount directed to education and much less than given to defense,” highlighted the minister. “Many of those accusing the government of budget cuts have themselves chosen to allocate amendments to other departments instead of the environment.”

It is still difficult to know the impacts these infra-legal acts are having on strategies and efforts to conserve Brazilian ecosystems, especially because many researchers have put their field work on hold as the pandemic worsens in 2021. “Some regulations have an immediate impact on the environment and others are more long-term, but our survey gives us an idea of the most affected areas, which will help us plan future research to estimate the damage,” Berenguer explains. One limitation is that the study only analyzes part of the process through which environmental protection agencies are being dismantled and oversight reduced. Many other infra-legal acts were and continue to be issued in 2021.

One example is Normative Instruction No. 1, of April 12, 2021, which modifies the methodology for overseeing and investigating administrative infractions by federal environmental agencies. According to the researchers, the measure makes it difficult to investigate irregularities because it establishes very short deadlines for analysis by investigative bodies and requires a report to be drawn up before the violation is recorded, reversing the original order of these tasks. It also centralizes power at “hierarchically superior authorities,” reducing the autonomy of the investigators. On May 13, the House passed Bill No. 3729/04, which makes rules more flexible and exempts a number of activities and enterprises from the need for environmental licensing. The bill is still to be considered in the Senate.

According to Berenguer, government actions in this area need to be systematically monitored. “One of the most harmful and immediate consequences of this process is the government’s legitimization of environmental degradation in Brazil. Many are no longer afraid of government oversight, while others feel encouraged to advance into the rainforest with impunity,” he says.