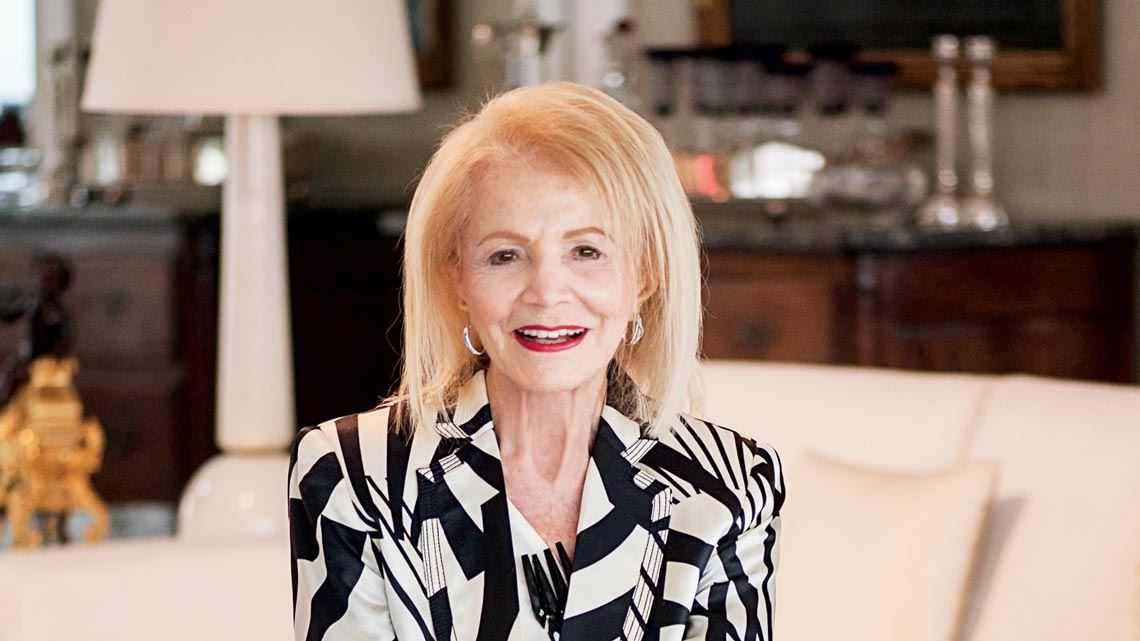 I was infected by the novel coronavirus in late February, while attending two scientific conferences—one in Lisbon and another in Jerusalem. Both had many participants and took place at the beginning of the COVID-19 pandemic. I returned to São Paulo on March 5th. On the 8th, I attended the release of my biography, called Não, Não É Resposta [No, That’s Not an Answer], penned by journalist and writer Ignácio de Loyola Brandão. A few days later, the first symptoms appeared. I am extremely healthy, so I became suspicious when I began experiencing fever and body aches.

I immediately went to the Alemão Oswaldo Cruz Hospital, where I tested positive for COVID-19 and a chest CT scan showed severe damage to my lungs. I was hospitalized and, as my respiratory system quickly deteriorated, I was transferred to the ICU and intubated. I saw my CAT scan and knew that my condition was profoundly serious; I could die. The entire team—doctors, nurses, nutritionists—provided me with very attentive and compassionate care. Naturally, I knew all of them, because I have worked at Alemão Oswaldo Cruz Hospital since the 1970s, when I finished my surgical training.

People should not be afraid to be intubated. After sedation, no more pain is felt, and the patient remembers nothing. I was treated with antibiotics, for my lung infection, and parenteral nutrition; there is no specific drug against the virus.

When I realized I could die, I thought: I am ready. I had had a good life, better than that of the average person. I gave my best in everything I ever did. I was not afraid, but I also wished it would not happen yet. As my mother used to say, at 97: “It is still too soon, I have so much I want to accomplish.”

When I woke up, 47 days later, it was wonderful to realize I was still alive. I was so happy! I could move perfectly—no weakness in my muscles, and I was breathing very well. I lost three kilograms, which I have already gained back. The follow-up CT scan showed that my lungs were totally free of infection. I feel I have been born again.

Many people experience psychological aftereffects. They fear catching the virus again or contaminating others. This is very harmful; many papers are being written on the psychological manifestations of those infected with COVID-19. Those who have not been infected also fear the disease; it causes them great anguish and sadness. We must be cautious, but not afraid.

My husband, surgeon Joaquim Gama, also became infected, probably on that same trip. But he was asymptomatic. When I left the hospital in April, I underwent testing to assess my viral load, which was negative. I am not an infectious disease expert, but I believe it may act like measles or mumps, meaning I now have antibodies that protect me against reinfection. But I know that the disease is new, and we do not know much about it yet. Plus, there are variants of the virus; perhaps I have only acquired immunity for the type that originally infected me. Either way, those who have had the disease should remain careful and avoid exposure.

Ten days after I was discharged, I returned to work at my office at the Angelita and Joaquim Gama Institute, at the Alemão Oswaldo Cruz Hospital, and I also returned to the OR. I work with colonoscopy, functional study, and nutrition teams. The number of patients seen fell slightly during quarantine because people are afraid of becoming infected. They only go to the hospital when they experience more urgent symptoms. Many elective procedures have been postponed, but we are already returning to our pre-pandemic pace. Patients are tired of waiting, because there is no solution to the pandemic yet; it will only come in the long run. A vaccine—the only reasonable solution—is unlikely to become available until next year.

The pandemic also reduced our conference-related activities. This year, we were supposed to give lectures at important events in the United States, Europe, and Asia. Now, these meetings have all taken place over the Internet. This was a big change, because we spent much of our time in front of a computer, giving virtual lectures, which is not as enjoyable. Conferences are important not just for their content, for what we teach or learn, but also because we get to see and talk to our colleagues. This is an enjoyable way to work and I miss it.

I also quickly returned to my research activities. My team and I have been writing scientific articles for national and international publications. During the quarantine, we had more time to write and review our results. I have always been a clinical researcher; I enjoy doing research applied to patients. While I treat them, I also do some research. One of our projects, which began in 2001, includes the use of radiation and chemotherapy to treat cancer of the lower rectum, to reduce the size of the tumor and, if possible, avoid surgery, which can result in a permanent colostomy. I had an idea for this treatment protocol, called Watch and Wait, which involves not operating immediately. After neoadjuvant treatment, if the patient has a complete clinical remission, that is, if the tumor disappears, we observe and monitor the patient, especially during the first year after treatment. Tests are performed every two months since the tumor may return. About 20% of the time, the cancer returns; then we recommend surgery. This protocol has been gradually more accepted. It was heavily rejected at first.

We have been researching the use of chemotherapy drugs in larger doses, with shorter intervals and for a longer period, hoping to increase the odds of a complete remission and, consequently, reduce the number of patients who need surgery. Since 1998, when we published our first study, we have observed progressive improvement in patient remissions under our Watch and Wait protocol: from 27% to almost 60%. This tells us that permanent colostomies are likely to become increasingly rarer. In addition, we have new chemotherapy drugs, and radiotherapy techniques have improved significantly. Our colleagues ask me whether I find it contradictory that, as a surgeon, I would try to operate less. I answer that I am extremely happy for every patient that no longer needs to undergo invasive surgery.

Another question I am asked is: When will I stop working? My answer is: When there are no more patients coming to my office; as long as I am physically and mentally able, I will go on. My eyes, ears, and hands still work; my spine is in great shape, and I am at a healthy weight. Why would I not work? What would be my reason to quit when I can still contribute to the world with my extensive professional experience? In addition, each patient I see teaches me something new. In getting to know them; in treating them. Caring for patients is like cloud-gazing: you never see the same cloud shape twice. No two patients or two diseases are the same, so it is always a learning experience. Such is life: always in motion, like the sea. In fact, I love the sea. It is extremely exciting.

Angelita Habr-Gama is a professor emeritus of surgery at the University of São Paulo School of Medicine (FM-USP). She is a surgeon at Alemão Oswaldo Cruz Hospital and director of Angelita and Joaquim Gama Institute.

The scientific work routine has been thoroughly affected by the pandemic. Like much of the population, researchers were forced to learn how to balance work and household chores; find ways to work and meet remotely. Many were denied access to the university, to the library, to the laboratory; others practically never left them. Those who work on the front lines of the disease kept up their research or changed it to meet pressing needs. Others found it harder to collect data and do their work.

Some caught the virus, while others worried about the safety and mental health of their students. These experiences reveal much about the life of scientists and their commitment to the advancement of knowledge. Since late March, Pesquisa FAPESP has been collecting testimonials that tell these diverse stories. More than 50 of them have already been posted on our website; 26 of those were included in the magazine in abridged form, while seven gave rise to interviews on our podcast Pesquisa Brasil. There is more to come. This issue features two reports: one from a marine biologist kept away from the coast and one from a surgeon who contracted COVID-19 but later returned to the OR as soon as she was discharged from the ICU.