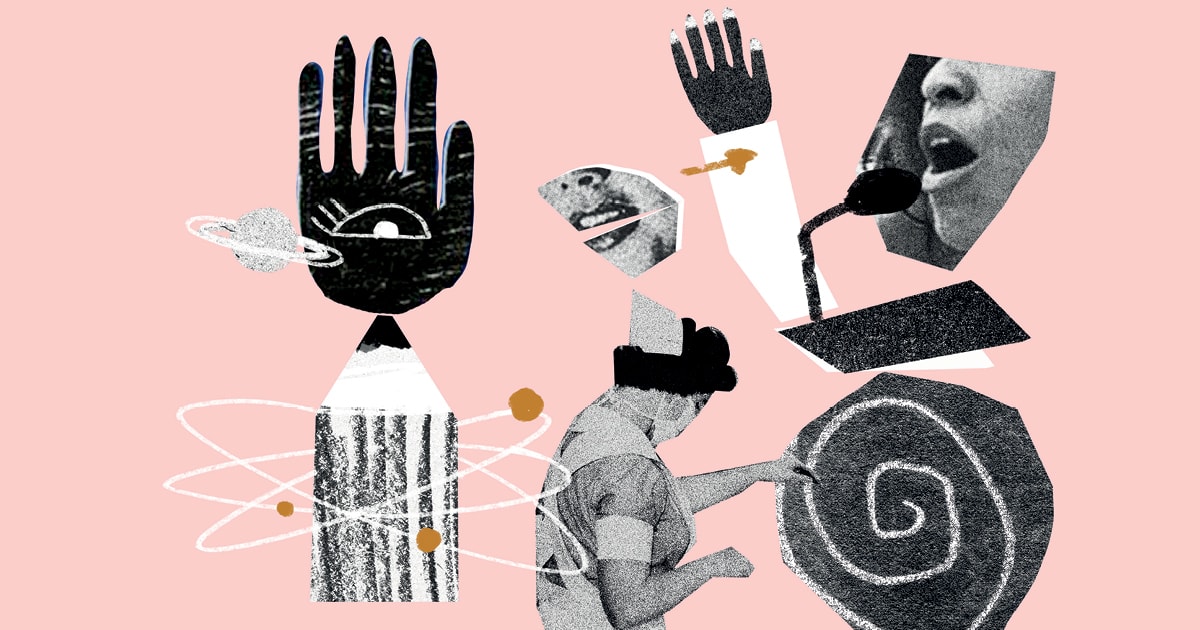 A significant percentage of politicians in Brazil tend to revise their views when exposed to evidence from scientific studies. They are also willing to incorporate the knowledge produced by such studies into their repertoire of ideas, applying it to the formulation or improvement of public policies. The findings are based on analyses by an international group of researchers, including Brazilian economist Diana Moreira. In a paper published in late June by the National Bureau of Economic Research (NBER), they assessed how much interest mayors and other officials in various Brazilian cities showed in findings produced by academic studies on the effectiveness of various public policies. They also evaluated how they consumed this type of information, and the extent to which research results were used to validate decisions or guide the implementation of sector strategies. “One of the main outcomes of our study is that these political leaders want to use the evidence from studies in the decision-making process as long as the research uses large sample sizes,” says Moreira, who completed her doctorate at Harvard University in 2017 with a thesis on governance in education. She is currently an assistant professor at the Department of Economics at the University of California at Davis, in the United States.

To reach these conclusions, the researchers evaluated the receptiveness and perceptions of mayors, deputy mayors, and municipal secretaries in 2,150 Brazilian cities regarding data on the effectiveness of public policies. The survey was conducted during two meetings organized by the National Confederation of Municipalities (CNM), in Brasília, in May 2017 and 2018. Studying mayors to analyze the impact of scientific knowledge was a deliberate decision. Moreira explains that the system adopted in Brazilian municipalities is considered ideal for this type of study, since the role played by mayors tends to be analogous to that of heads of state in many countries. “They are directly elected by the people and can individually exercise considerable power in the political decisions of the cities they administrate,” the economist observes. “And, as in many countries, local administrators often find it difficult to access information resulting from research projects.”

The researchers divided the study into two parts. To begin, they presented the politicians gathered at the CNM event with some strategies for encouraging child development through stimulation and play, done by adults engaging with children up to age six. To give politicians a firm understanding of these strategies, the team introduced them to the Brazilian program Criança Feliz (Happy Child), implemented in 2016 by the federal government. The program provides home visits by teachers and health professionals in order to foster early childhood development, linking these activities with health, education, and social assistance measures.

The politicians then had to answer an electronic questionnaire in which they expressed their impressions and expectations about the impacts these programs could have if implemented in their own municipalities. The researchers then presented them with some randomly selected studies that analyzed the application and effectiveness of these strategies for promoting child development in different countries around the world. The politicians, however, did not have access to the results of the studies. “We only highlighted the location where the studies had been developed and the sample size evaluated by each of them,” explains Moreira. The goal, she said, was to determine which studies made the participants more curious about knowing their results.

Using a common method for economic and social evaluation of public policies, the politicians’ demand to know the results of the studies was assessed. The researchers distributed 100 tickets to each mayor or municipal clerk. Each ticket gave one chance to win a trip to visit Harvard University and participate in activities related to the Brazilian political scene and economy. In the given hypothetical situation, participants could save their tickets for the drawing, or use some or all of them to get information on the results of the studies they were most interested in. It was found that politicians were willing to pay, on average, 45 tickets to know the conclusions of the studies. However, they were willing to pay even more for surveys that had been done with large sample sizes, showing little interest in the results of work based on smaller samples or countries with income levels similar to those of Brazil. “These data indicate that political leaders are able to process information from these studies as long as their results are presented in an uncomplicated manner,” the authors write.

In a second experiment, conducted using a sample size of 1,818 mayors, the researchers assessed the extent to which presenting scientific evidence involving the implementation of a particular public policy would have any influence on administrators’ decisions regarding the application of similar strategies in their own municipalities. To this end, the team organized a session parallel to the event held by CNM, in which it presented participants with scientific studies that showed the impacts of sending warning letters to taxpayers reminding them to pay off their tax debts. “We chose this public policy because its impact is well documented in many surveys, and because it tends to be cheap and easy to implement,” Moreira says.

Session attendees could choose whether or not to participate in the presentations. “Interestingly, it was the youngest mayors who were most likely to show up,” notes the economist. Months after the presentations, the researchers contacted the mayors who had attended the presentations to find out if they had adopted the public policy addressed. They found that politicians’ participation in the session increased their chances of putting taxpayer reminders into practice in their own municipalities by ten percentage points.

Moreira acknowledges that the results obtained in her study could have been different if the public policies addressed dealt with more complex, controversial issues, or issues with greater potential for economic and political impact. Public administrators have more entrenched preexisting views on certain policies, which can make it difficult to incorporate scientific evidence that points in other directions.

Complex issues
Political scientist Flavia Donadelli, a professor of public management and policy advice at Victoria University in Wellington, New Zealand (who did not participate in the study published by the NBER), says that Brazilian politicians are resistant to changes of opinion, for example, those regarding environmental policies. “Many politicians in the Brazilian Congress, at least in the cases I studied, valued scientific information very little, and based their decisions on economic interests linked to specific sectors, such as agribusiness,” she points out.

Donadelli analyzed the progress of three changes to environmental regulations moving through the Brazilian Congress between 2005 and 2015: the Forestry Code, legislation regarding access to genetic resources, and pesticide regulation. The analysis was done while the researcher was pursuing her doctorate at the London School of Economics and Political Science in England. Her research was based on minutes, reports, and documents produced by committees, as well as texts approved and sanctioned by legislators. She observed that despite the active participation of the scientific community in public hearings with representatives and senators, the influence of the evidence presented was minimal. “Science in this case contributed little to improving Brazilian environmental policies,” the researcher states.

Donadelli points out that estimating the relevance of science in defining public policy is a highly complex task. “There are several other factors that can influence both lawmakers’ incorporation of scientific findings and the political coordination for developing and implementing public policies,” she explains. Often, she says, the impact is restricted merely to the use of scientific arguments in public debates.

Political scientist Felipe Gonçalves Brasil, a postdoctoral researcher at the University of Texas Department of Government in Austin, agrees with Donadelli. “Simply presenting consistent scientific evidence to politicians doesn’t mean that it will be incorporated into a particular public policy,” notes the researcher, who is a member of the Brazilian Policy Agendas Project. “That’s because political relationships are often permeated by partisan conflicts, ideological beliefs, the influence of private interests, and the availability of funds.”

Moreover, in many cases even politicians who agree with the evidence presented take the contrary position, out of fear of losing support from their constituency or economic groups. However, Felipe Brasil points out that the study published by the NBER is important because it develops a methodology that enables researchers to identify patterns and isolate variables, in order to develop strategies capable of increasing the influence of science in the decision-making process.

Even if it’s not feasible to touch upon every variable, it is possible to do some of the homework, such as making scientific knowledge more accessible to legislators. A possible strategy in this regard, in Brasil’s view, would be to invest more in government schools, the public institutions created to educate, develop, and professionalize public officials. “Another possibility would be to increase coordinated activities that involve public representatives and sectors of the academic world,” he adds.

Researchers from different countries are working together to build a database that allows them to map and analyze governments’ attention to sectoral policies and the key actors involved in building agendas and formulating public policy. The Comparative Agendas Project (CAP) brings together more than 20 countries, including Brazil—the only country in Latin America to join the initiative—through the Brazilian Policy Agenda Project.

Created in 2015, the Brazilian project is coordinated by sociologist Ana Cláudia Niedhardt Capella of São Paulo State University (UNESP), Araraquara campus, with political scientist Felipe Gonçalves Brasil, currently a postdoctoral researcher at the Department of Government at the University of Texas, in Austin, in the United States.

The database construction is done by collecting messages to the National Congress, approved laws, provisional measures, constitutional amendments, acceptance speeches, and public opinion polls. “The documents are collected and then put through a coding process, applied to standardize the data and indicate the level of attention governments apply to various sectors,” explains Felipe Brasil. “In this way it is possible to establish comparative analyses between countries,” the researcher observes.

In an ongoing study they are trying to identify common variables in the speeches of President Donald Trump of the United States, and Brazilian President Jair Bolsonaro. “The comparative analysis of their speeches shows an exaggerated focus on general issues and not those related to public policies,” he adds. “Their speeches rarely address solutions to real problems and often focus on issues such as family, religion, and customs.”

According to the researcher, this effort to survey and analyze data is important for understanding how public policy is produced in Brazil. “The results will allow us to understand the specifics of the production process and the patterns of change in Brazil’s public policies in relation to the rest of the world.”