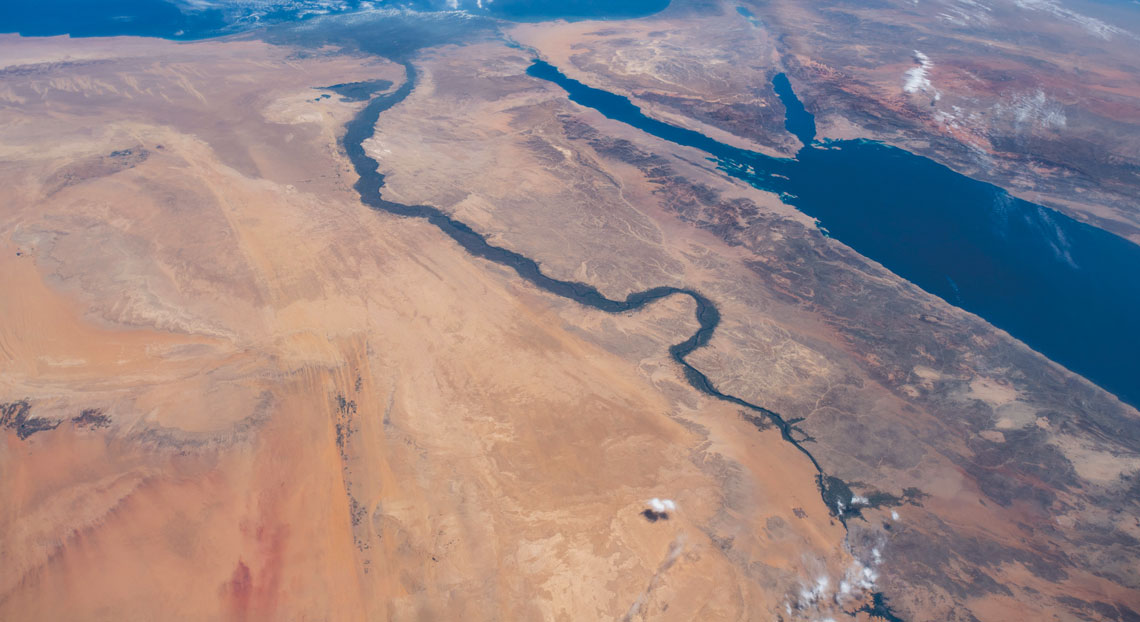 One of the longest rivers in the world, the Nile stretches for 6,800 kilometers through Northeast Africa, supplying water and nutrients to the lands of 11 different countries. This was the case during the flourishing of ancient civilizations, and will likely remain the case for a long time to come. A team led by Italian geologist Claudio Faccena of the University of Texas at Austin, USA, and Roma Tre University, Italy, has reinforced the theory that the Nile has maintained its northerly course practically unchanged for the past 30 million years, undergoing only small variations. The idea is not new. It was first proposed in the mid-1970s and is supported by geological evidence: 30-million-year-old sediments collected in the Nile Delta were found to have originated in the highlands of Ethiopia, the location of one of its tributaries. Some have argued that the river previously flowed into the Atlantic to the west, or into what is now Libya, to the northwest, before diverting to the north about 6 million years ago. Faccena and his team compared sediments from the highlands of Ethiopia with those found in the Nile Delta, and with the help of computer modeling, reconstructed the region’s geological evolution. They concluded that this area of Ethiopia underwent a rapid uplift some 40 million years ago and remained elevated thanks to the movement of soft rock at high temperatures in the earth’s mantle, the layer below the crust (Nature Geoscience, November 12). Around the same time, the earth’s crust under present-day Egypt sank, creating a gradient that has maintained the Nile’s drainage pattern.