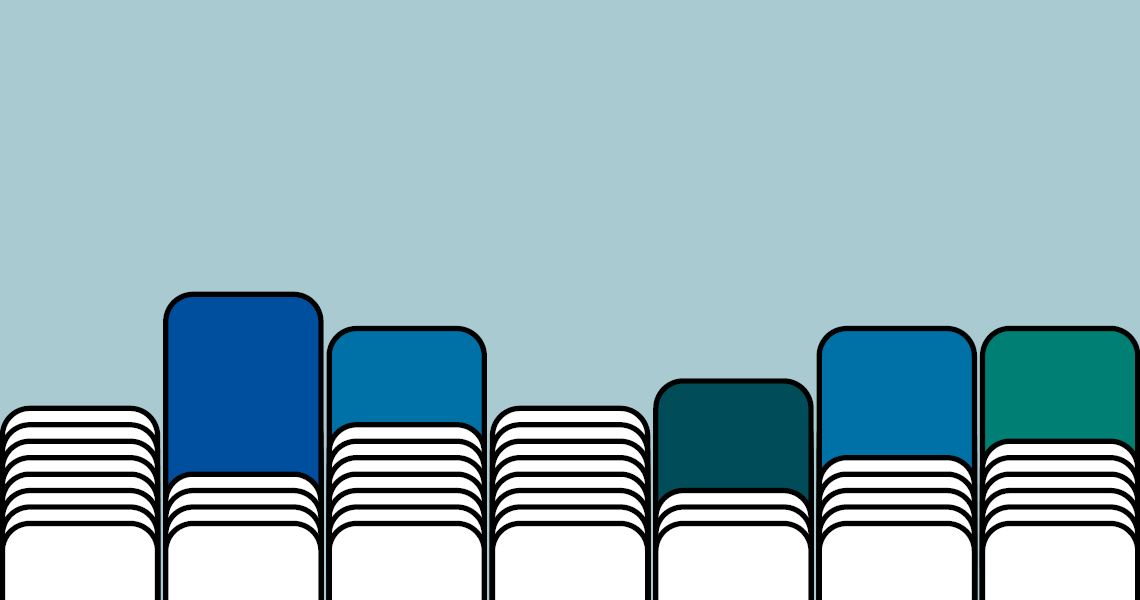 The Journal Citation Reports (JCR), issued annually by Clarivate, assess the impact of thousands of scientific journals worldwide. The most recent release shows positive progress among periodicals from Brazil, despite the funding difficulties many are facing. Of roughly 130 Brazilian journals evaluated, nine had an impact factor (IF) of 2 or more, meaning that on average, the articles they published in the preceding two years were cited in other journals more than twice each in 2019. The number of citations is a common indicator for measuring the impact of a scientific paper. Brazil’s performance in 2019 repeats that of the previous year, and shows a marked increase since 2015, when only three titles from Brazil surpassed two citations per article.

The standout was the Journal of Materials Research and Technology, associated with the Brazilian Association of Metallurgy, Materials, and Mining, whose impact factor rose from 3.327 in 2018 to 5.289 in 2019, an unprecedented accomplishment in the country. According to Marc Meyers, the journal’s editor in chief and a professor at the University of California, San Diego, the increase occurred despite the recent loss of income from a major mining company that canceled its subscription to the Elsevier platform. The publisher solved the problem by incorporating the journal into its own group of titles, meaning it no longer has to charge a publishing fee. “As a result, we, the editors, who previously worked on a voluntary basis, even started receiving a small salary last year.”

Meyers did not expect such an increase in the impact factor, because they were publishing more articles than before. “The journal is open access and authors pay a fee to publish approved manuscripts. The publisher wants us to publish more articles, so we increased the number last year. I thought this may dilute their impact,” says Meyers. Most of the papers comes from countries like China, India, and Iran. Meyers has been promoting articles on emerging topics. “We are favoring subjects such as nanocrystalline materials, special welding, and high-entropy alloys.”

Perspectives in Ecology and Conservation is also celebrating an improvement in its impact factor—from 2.565 in 2018 to 3.563 last year—and is facing similar financial challenges. Linked to the Brazilian Association of Ecological Science and Conservation (ABECO), the biodiversity journal is set to lose funding in 2021 from a foundation that has been supporting it since its launch, when it was called Natureza e Conservação (Nature and Conservation). It migrated to the Elsevier platform six years ago and the foundation’s financial backing is essential for covering expenses and allowing authors to publish via open access without demanding a fee. “We are concerned that if we start charging, young authors will be put off. But if we give up open access, we could lose visibility,” says editor in chief Jean Paul Metzger, an ecologist at the Institute of Biosciences of the University of São Paulo (USP). He attributes the increased impact factor to strategies adopted four years ago, when the publication diversified its group of editors and streamlined its manuscript review process. Some of the most highly cited articles are related to discussions of public policies, such as the Brazilian forest code, or influential events, such as the Fundão Dam disaster in Mariana, Minas Gerais.

The journals edited by Meyers and Metzger are the only Brazilian titles that belong to the most influential group of publications in the Journal Citation Reports, the so-called first quartile, which encompasses the top 25% with the greatest impact factor in their fields. The contingent is small compared to other countries. The USA, with more than 4,000 periodicals included in the JCR, has about a thousand in the first quartile. “We have at least a dozen journals with the potential to reach this elite group. We need to invest in expanding their reach to increase the impact of research performed and published in Brazil. Most make significant contributions to the advancement of research in Brazil in highly competitive contexts that do not always favor rapid growth of their impact factor,” says Abel Packer, who manages the SCIELO Brasil online library, an initiative created by FAPESP in 1997 that now offers open access to almost 300 publications. Of those performing well, the highlights include Scientia Agrícola in the agricultural sciences and Memórias do Instituto Oswaldo Cruz in the field of tropical medicine and human parasitology, both part of the SCIELO collection.

Zoology is another successful field for Brazilian publications. Of the 168 zoology journals from around the world included in the JCR, eight are from Brazil and three are close to reaching the first quartile. One of the highlights is Neotropical Ichthyology, which is dedicated to the study of fish in South and Central America. Published via open access since 2003 by the Brazilian Society of Ichthyology, it achieved an impact factor of 1.741 this year, its highest ever. According to editor in chief Carla Pavanelli, a biologist at the State University of Maringá, the publication has been attempting to increase its stature. Almost half of the editorial board is composed of researchers from foreign institutions and it has been doubling its effort to share articles on social media. Pavanelli says descriptions of new species are a common topic, but they yield few citations. To increase interest, the journal started including the conservation status of newly discovered species, to warn if they are at risk of extinction. “This attracts the interest of researchers in the field of conservation.”

Pavanelli attributes the increased impact factor to a cumulative process of growing prestige. “I am critical of the use of the impact factor, but the fact is that it is an assessment indicator on our graduate programs. When the impact of a journal increases, it attracts more attention and higher quality papers,” she explains. For SCIELO’s Packer, “the national capacity for high-quality research translates into a capacity for high-impact journals,” and one factor holding the country’s journals back is Brazil’s graduate assessment policy, which better rewards researchers for publishing in high-impact periodicals from abroad. “This makes it difficult for good journals in Brazil to attract the best articles from our own researchers. Although this obstacle is often overcome by publishing quality articles from abroad,” he explains.

Brazilian journals in the SCIELO collection have taken major steps to improve over the last 15 years: many have started publishing articles in English to attract more authors from abroad, as well as adopting strategies to better publicize the articles. “The journals that have done best are those whose editors have implemented concrete measures to increase their international standing while maintaining a focus on the development of Brazilian research and open access publishing,” says Packer. One example is Food Science and Technology, a journal that has diversified its editorial board and made its article selection process more rigorous. “Our rejection rate has increased—we now turn down 60% of the submissions we receive—and we have appointed researchers from around the world to our editorial board, as well as adding more associate editors. Now we are reaping the rewards,” says editor in chief Adriano Cruz, a professor at the Federal Institute of Education, Science, and Technology in Rio de Janeiro. The journal’s impact factor rose from 1.084 in 2017 to 1.443 in 2019.

The Brazilian Journal of Medical and Biological Research, which had an impact factor of 2.023 in 2019, the highest in its 40-year history, was able to maintain its impressive score. Published by the Brazilian Association for Scientific Communication, a federation of scientific societies from various fields, the journal has been expanding its topics of interest. “The journal managed to maintain its high performance in the fields for which it is known, such as pharmacology and physiology, while expanding into new areas with articles on cancer, epidemiology, molecular biology, and biology,” says editor in chief Eduardo Magalhães Rego, a professor at USP’s School of Medicine. “The strategy wasn’t created to increase our impact factor, but to publish important papers and to increase the journal’s reputation.”

There is a peculiar element to its growth: thanks to the varied spectrum of subjects it covers and its high impact factor, the journal was discovered by authors from China, who have been submitting so many manuscripts that they are now the majority nationality among accepted papers. “One important aspect is the positive experience that Chinese authors have had with us. They are confident that their work will receive a proper review,” says Rego, who has recently implemented changes to speed up the review process and time taken to respond to authors submitting papers. The editor is impressed by the amount of competitive work coming from China. “It is a reflection of how science in the country has been advancing.”

Some of the Brazilian journals that have improved their scores have adopted a hybrid publication model, with access restricted to subscribers for a certain amount of time, but with authors able to pay a fee to make their papers freely available online. The Brazilian Journal of Physical Therapy’s impact factor increased from 1.226 in 2016, when it operated as open access, to 1.699 the following year, after it adopted a hybrid model and started being published by Elsevier. In the 2019 JCR, its impact factor was 2.100. The improvement is attributed to strategies adopted when it was still part of the SCIELO collection. In 2016, it switched from being bilingual to publishing in English only. More recently, it appointed four new editors in chief; one of them is Canadian scientist Guy Simoneau, who edited the prestigious Journal of Orthopaedic & Sports Physical Therapy, which has an impact factor of 3.839. Another is Paula Rezende Camargo, from the Department of Physiotherapy at the Federal University of São Carlos. She says the hybrid model did not harm the journal’s reputation. “Universities subscribe to periodicals through Science Direct. In addition, the one-year embargo period imposed by Elsevier for newly published articles has only been in place for a few weeks. This facilitates access not only for academics and researchers, but also for clinical physiotherapists,” she says.

The same approach was taken by the Journal of the Brazilian Society of Mechanical Sciences and Engineering, whose impact factor rose from 1.627 in 2017 to 1.755 in 2019. Its performance began to improve after it transferred to a commercial publisher—Springer—eight years ago. “We started receiving a larger volume of articles,” says editor in chief Marcelo Areias Trindade, from USP’s São Carlos School of Engineering. According to him, 5% of the submissions they received in 2019 came via Springer’s TransferDesk system, which redistributes manuscripts rejected by other journals for being outside their scope. “This increases our visibility because more authors start to consider the journal as a credible option,” he explains. According to him, adopting a hybrid model was a strategic decision. The Brazilian Association of Mechanical Sciences and Engineering was unhappy with the high cost of publishing the journal and its limited impact. “The change resolved both problems at once.” Although 80% of the articles come from abroad, Trindade is concerned about the low number of papers submitted from countries most renowned for their scientific research. “We want more articles from Europe and the United States,” he says.