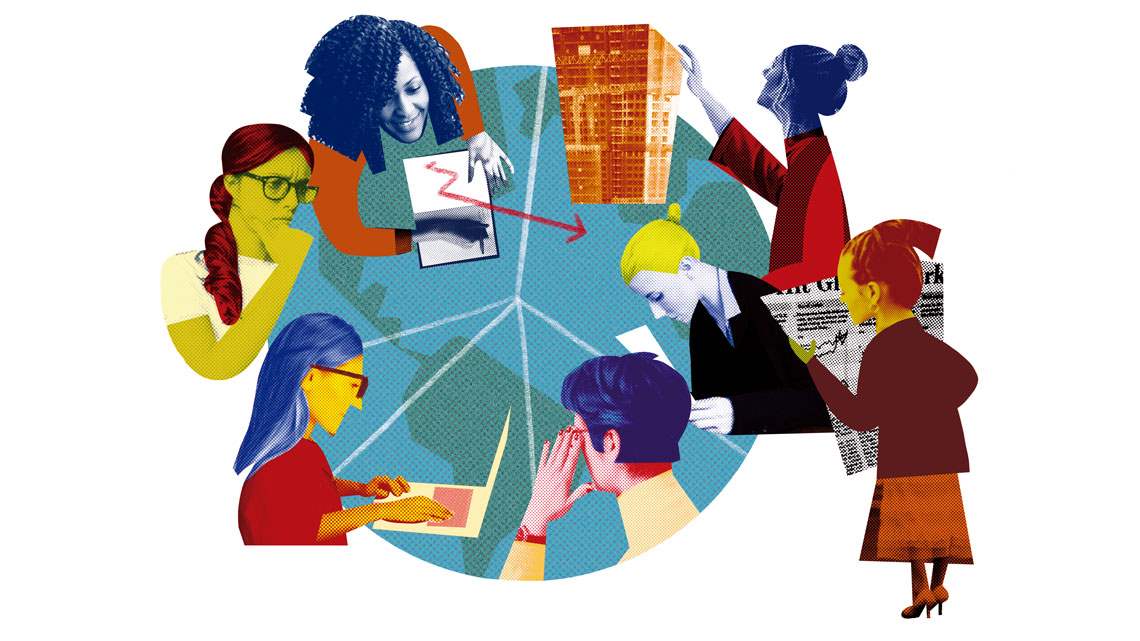 It was the beginning of the nineteenth century—1801, to be precise—when José da Silva Lisboa (1756–1835), the Viscount of Cairu, wrote The Principles of Mercantile Law. The book is considered the first on economics published in Brazil and Lisboa the first Brazilian economist (see Pesquisa FAPESP issue nº 313). At the time, there were no universities in Brazil, so he was unable to share his knowledge in the classroom. The situation began to change when the Portuguese Court arrived in Salvador seven years later. Lisboa, who played a fundamental role in opening up the ports, took advantage of his influence to establish a course in economic sciences in the city of Rio de Janeiro at the end of 1808.

For the following century, economics education remained nothing more than a supplement to law and engineering courses. Economics schools were only created in 1938 in Rio de Janeiro and 1946 in São Paulo. Regulation of the profession came soon after, in 1951. However, since the very first courses began, one problem has persisted: the low representation of women among the student body, and consequently on  graduate courses, among faculty staff, and in scientific research.

Why and how does this happen? To try to answer these questions, Fabiana Rocha, an economist from the School of Economics and Business Administration (FEA) at the University of São Paulo (USP), assembled a group of colleagues from the institution to write an article about gender differences in economics in Brazilian academia, recently published in Colombian journal Cuadernos de Economía. The paper was the first result of the work of the EconomistAs group, formed in 2017.

The idea for the article was based on what the group saw around them every day. “The number of female undergraduates studying economics at USP has always been low, at around 30%, but what caught our attention the most was that this number has not changed much over time, despite the fact that women are now the majority at universities and their number has grown in other areas dominated by men, such as some engineering fields,” says Rocha, who is part the of economics coordination team at FAPESP. The situation is even worse on graduate courses. “Women also find it more difficult to reach more prestigious administrative positions at the university.”

The article reveals that in 2019, women represented 57% of all university students in Brazil but only 38% of economics students, slightly lower than the percentage in chemistry, mathematics, and statistics. “We also noticed that very few permanent professors in graduate programs in this field are women. The situation has improved a little since then, but the participation of women remains low and decreases in later career positions,” says Rocha.

Paula Pereda, coauthor of the article and an associate professor at FEA, USP, explains the methodology used to scrutinize a scenario in which the greatest obstacle is a lack of information. “We studied career development in Brazil using several secondary databases, such as participants in the economics master’s degree entrance exam and information from the two largest economics conferences in the country, one organized by ANPEC [Brazil’s National Association of Graduate Centers in Economics] and the other by the SBE [the Brazilian Society of Econometrics],” explains Pereda.

It was discovered that women are better represented at public universities than private ones and institutions with poorer assessments by the Brazilian Federal Agency for Support and Evaluation of Graduate Education (CAPES). In terms of productivity, no difference was found between scientific article submission and acceptance rates. The academic subfields that most interest women were also identified. “They prefer to apply microeconomics in education, health, the workplace, and demography, while men prefer macroeconomics, finance, and theory,” says Rocha.

The article does not investigate why women choose these areas. According to Rocha, a study involving other fields would be needed, but Pereda suggests that one reason could be preference bias—woman generally have different preferences than men, which lead them to choose different fields. “Another explanation,” she continues, “but for which the evidence is not as strong, is self-selection in fields that are less competitive because of women’s other roles in caring for children and relatives. What we call social exclusion can also occur, where women avoid fields dominated by men. Another reason suggested by the literature is that women tend to be more risk averse, so they end up avoiding competitive fields more than men.”

Regina Madalozzo, a professor at Insper and part of the Family and Gender Economics Research Group (GeFam), has some hypotheses: “There are areas such as applied microeconomics where the research projects proposed by women are better accepted. Naturally, they end up staying in these fields, without necessarily actively choosing them.” When they make that decision, they don’t even realize that it was the same choice made by other women. “But I don’t think it’s a natural propensity of the gender. It takes us a while to realize that the market, our colleagues, and academia see us first as women and only later as economists. Because this perception precedes our work, women are treated differently, which ends up harming their academic careers.”

How can educational institutions help change this situation? According to Pereda, one of the most important issues is the percentage of women teaching relevant subjects of the course. “Having more women on scientific article evaluation committees or faculty-selection panels are other worthwhile steps. Inviting more women to give lectures would also help female students feel a sense of identity and representation. Offering mentorship to female students tends to encourage more girls into the profession. There are so many possibilities,” she says. Madalozzo also mentions the need for institutions to monitor the research being conducted by professors as part of the recruitment process. “They should know if professors are giving equal opportunities to both male and female students and should be aware of promotions within departments.”

In the medium term, actions like these tend to make the academic environment more diverse, which is reflected in research topics, potentially improving the connection between economics and the crucial challenges currently faced by humankind, such as the climate crisis, health, racial and social issues, and of course, gender. Everyone wins, say the researchers. “Underrepresentation of women limits the types of questions asked and scientific investigations fail to consider all of the perspectives for many issues, which has an affect on the debate around public policies that will ultimately be implemented,” explains Rocha. “Eliminating biases and changing social norms would also make women feel more respected in educational, workplace, and research environments,” adds Pereda.

Madalozzo believes it is essential to address the issue of gender in economics. “Especially because even today, there are many economics professors who say things in the classroom like ‘I’ll explain the concepts again for the women to understand.’ This is a phrase we hoped we would never hear again, but it is still being repeated in 2022,” she laments. “An environment like this is not healthy for men, much less for women.”