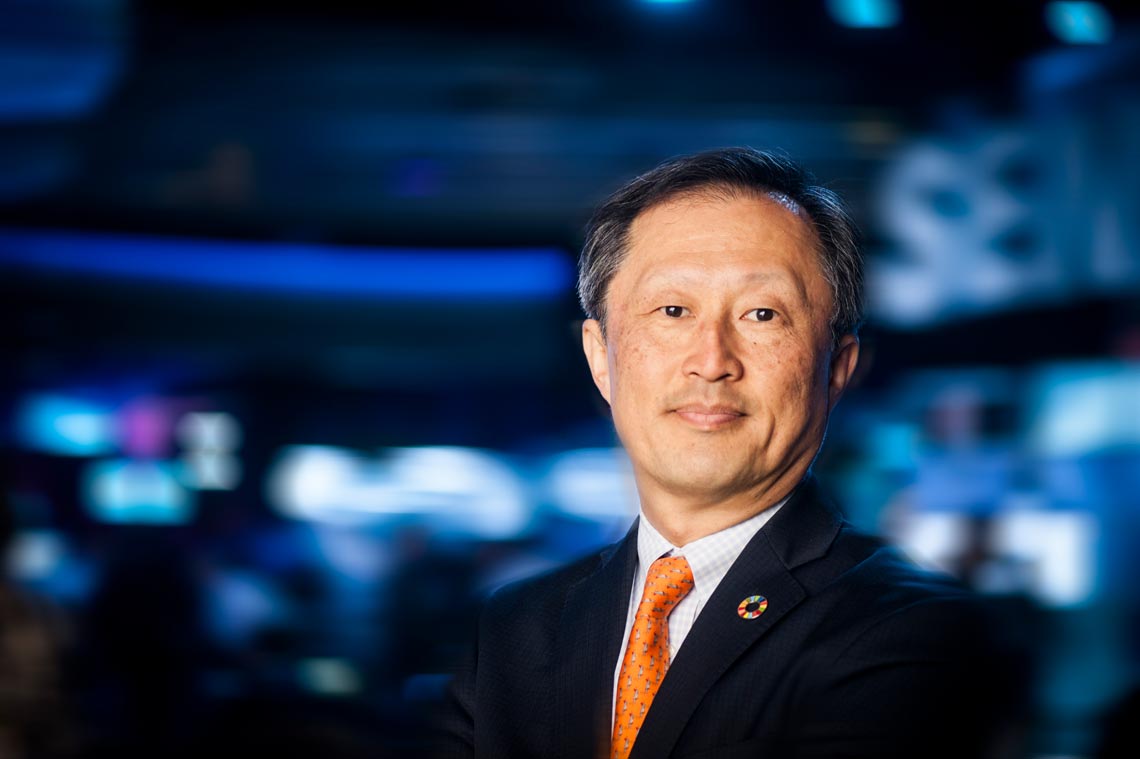 Youngsuk Chi: “The issue is who is funding SciHub and what else they are stealing from universities.”

Youngsuk Chi, economist born in Korea 58 years ago, has been president since 2011 of Elsevier, the world’s largest publisher of scientific journals. Responsible for the company’s relationship with governments and institutions, he has been focused since October 2018 on discussions related to Plan S, an initiative for open-access science publishing proposed by 19 research funding agencies from various countries, the majority of which are European. Last month, the implementation of the initiative was postponed from 2020 to 2021. In general terms, the plan states that research funded by public resources should be published in a scientific journal or on an internet platform where anyone can have access to it without cost; directly affecting the business of publishers, such as Elsevier, whose results depend on publications with different models of access, including by subscription.

The son of diplomats, Chi graduated in 1983 from Princeton University in the United States and began at Elsevier in 2005 as vice president, later working for companies such as American Express and the publisher Random House. While traveling to Brazil, where he participated in the Brazilian Conference on Industry Innovation on June 9th, he commented on the perspectives of Plan S in the following interview.

What are your expectations for Plan S after the postponement to 2021?
Plan S proposes a dramatic change to the way in which the research community works. Time is required to make a sustainable transition. Developing an impractical, ideological timeline could cause distrust. The postponement to 2021 was not a step backwards. The goal is ambitious and we know it is practically impossible to reach it completely, but Elsevier has always supported the intention of making research more and more accessible by more people. I am certain that dialogue will continue to guarantee that the change will take place appropriately in Europe. This is a European initiative and we are working with it in Europe. It is not up to Europe to impose its models for other parts of the world. Each community must make its own decisions, at the right time for each.

Plan S gave up on creating a ceiling for article publication rates, but it wants transparency in publication costs. How can we deal with this?
It was a good idea to abandon all kinds of compulsory pricing. An artificial price indicator is not sustainable. In this case, the market is a scientific community and should determine rates. If a journal renders services efficiently, quickly and with high quality, I am certain that the authors will be happy to pay for this. We should let competition determine prices. The market is very dynamic and there is no monopoly. There are more than 30,000 publishers working worldwide. The key is transparency.

Elsevier faces obstacles to renew contracts with universities that prefer to buy a package, including subscriptions and rates to publish with open access. Is this model viable?
Over the long term, it is viable. It is difficult to make the transition quickly. The process is complicated and needs to be fair for all those involved. I will give an example: you go to a restaurant and find 10 tables being served there. Then you say: “Today, wine is on me.” It turns out that the wine was already included in the menu prices. A customer at an adjacent table says: “Then, I want a discount on the menu pricing, otherwise there will be double charges. In the next moment, the menu changed from costing 10 to costing 8. Then you say the following: “Well, as I am paying for the wine for everyone, I want my meal to be free.” Does it make sense for you not to pay for your meal just because you are paying for the wine for others? The answer is no. Another problem is that some countries are ready to pay for a service so that it is available for free, and others are not. When everyone is on the same page, it will work. It is not coincidental that the defenders of Plan S traveled around the world in search of funding from other countries.

Does Elsevier still negotiate with institutions that stopped subscribing to your journals?
Yes. In most cases, when we discuss needs and expectations, we are able to reach a win-win deal, such as what happened with Norway. But there are also cases where clients demanded that the publication and access to articles be for a set price and lower than what they pay today. Their arguments seemed more religious than practical.

How do you deal with the growth of the pirated site SciHub, which offers illegal scientific articles with restricted access?
It is a huge challenge. There is a certain sympathy for SciHub, but I am concerned that we will soon discover shady aspects of this site. It does not only steal content and offer it for free. The issue is who is funding SciHub and what else they are stealing from universities. Brazilian institutions need to be careful. They are stealing more than articles from repositories. I cannot reveal anything now, but soon we will be sharing news on this.

Elsevier continues to grow as a data analysis company. What are you striving for with this strategy?
We became relevant with academic journals and books. But, in the digital era, our raw material became databases. We saw that it is possible to extract knowledge from this data and help researchers, institutions, and funding bodies. We created tools, such as SciVal, which takes into consideration all literature and quotes and allows groups or institutions to see their performance, observe what happens in the laboratories of other researchers, and organize partnerships. We can improve research productivity.

Brazilian scientific production has grown, but impact indicators have not advanced at the same speed. How can you increase them?
I see two ways. One is to collaborate more with certain partners and the other is to collaborate at an international level. I would say that Brazil needs to invest in collaborations that have a broader area of influence, rather than investing in small areas. We have used our analytical capacity to help agencies to understand where their results are better and to identify with whom they should collaborate. We have a good relationship with FAPESP, which is always looking for ways to improve the return on its investment in research.

At your conference, you cited the risk of losing talent in the area of artificial intelligence. How do you deal with this?
We should look to this talent not as mine or yours, but as belonging to a community. If they leave academia and go to the corporate sector, it is not a problem, primarily if they generate collaborations. The problem is losing talent to other countries. This happens when there is no commitment to focusing in the area where there is loss.